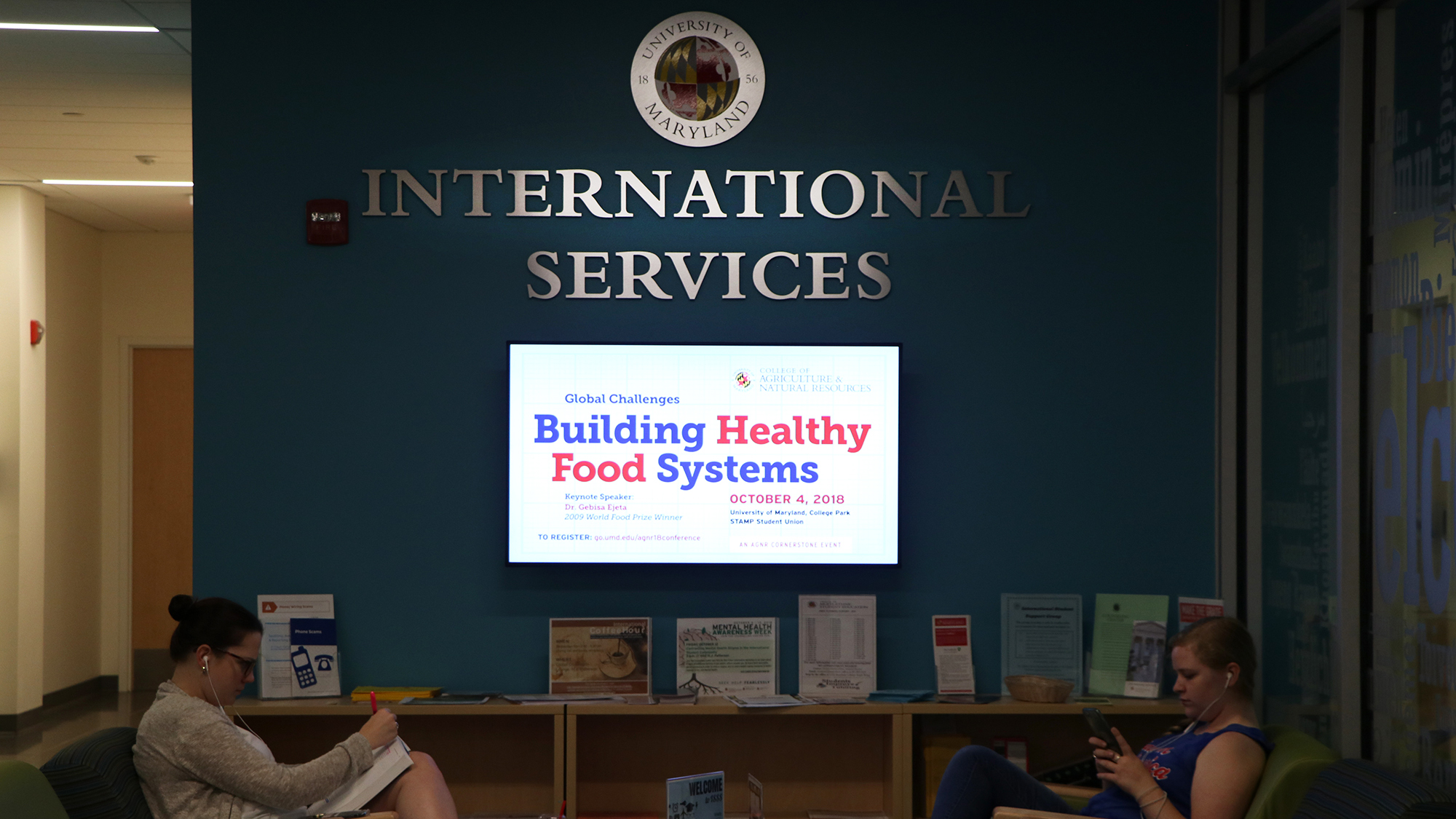 The Office of International Affairs is located in the H.J. Patterson building. (Julia Nikhinson/The Diamonback)

The University of Maryland’s SGA is working with university administrators to launch its pilot program for a UNIV100 course uniquely made for international students in fall 2021.

The work behind creating a tailored UNIV100 course for international students began last semester when the Student Government Association passed a bill calling for its creation. Now, SGA leaders and administrators are discussing the course’s structure.

All first-year undergraduates are encouraged to take UNIV100: The Student in the University or an equivalent to learn the basics of college life at this university, such as where to find resources at the library and academic study skills. However, the current UNIV100 course doesn’t include information on how to adjust to American culture for newly arrived students from other countries.

Though there used to be an introductory course for international students in 2015, the university decided to stop offering it after enrollment dropped.

“If we wanted to have the class come back, we needed to show that there would be student support for it and a good way of doing that is through SGA,” Berit said.

Organizers emphasize that the new course will have a more detailed curriculum that focuses on the international students’ needs.

The syllabus for the new class is focused on understanding the University of Maryland experience as a new student while adjusting to and transitioning to American culture, Brown added.

Brown explained that the class is designed to make new international students more comfortable at the university by creating connections with other international and domestic students.

The class will still teach the same curriculum of a typical UNIV100 class, emphasizing academic honesty and time management, among other topics, Berit said.

The two classes will work on certain projects together so that both international and domestic students can benefit from the exposure to different backgrounds and new perspectives, Berit added.

Berit explained that since a lot of students at this university are from Maryland, they’re already familiar with the area but may not be as familiar with what lies outside of the state of Maryland.

The class for domestic students will offer “global-minded” individuals the opportunity to connect with students from different cultures, students studying international relations or those looking to study abroad, Brown said.

“We’re really excited to create it and see how this is going to positively affect the international department and the students,” Lee explained.

After the bill passed in December of last year, the representatives and their committees began working with several departments, such as the letters and sciences office and International Students and Scholars Services, to create the class.

Brown described working with the SGA as a wonderful experience, because she feels, “no one knows more about the student experience than our students,” she said.

“We all kind of work together to make this course because it does involve different departments on campus,” Maini said.

If enough students enroll in the pilot program this fall, the class will likely continue for future semesters, Berit said.

“As of now, we’re really focused on getting it up for fall and promoting it so we have enough students to keep us going,” Berit said.

Living away from their families and not having any communication with friends can have a negative effect on international students’ mental health, he said.

“Having a sense of community can basically change that,” Parashar said. “That’s something I definitely look forward to.”