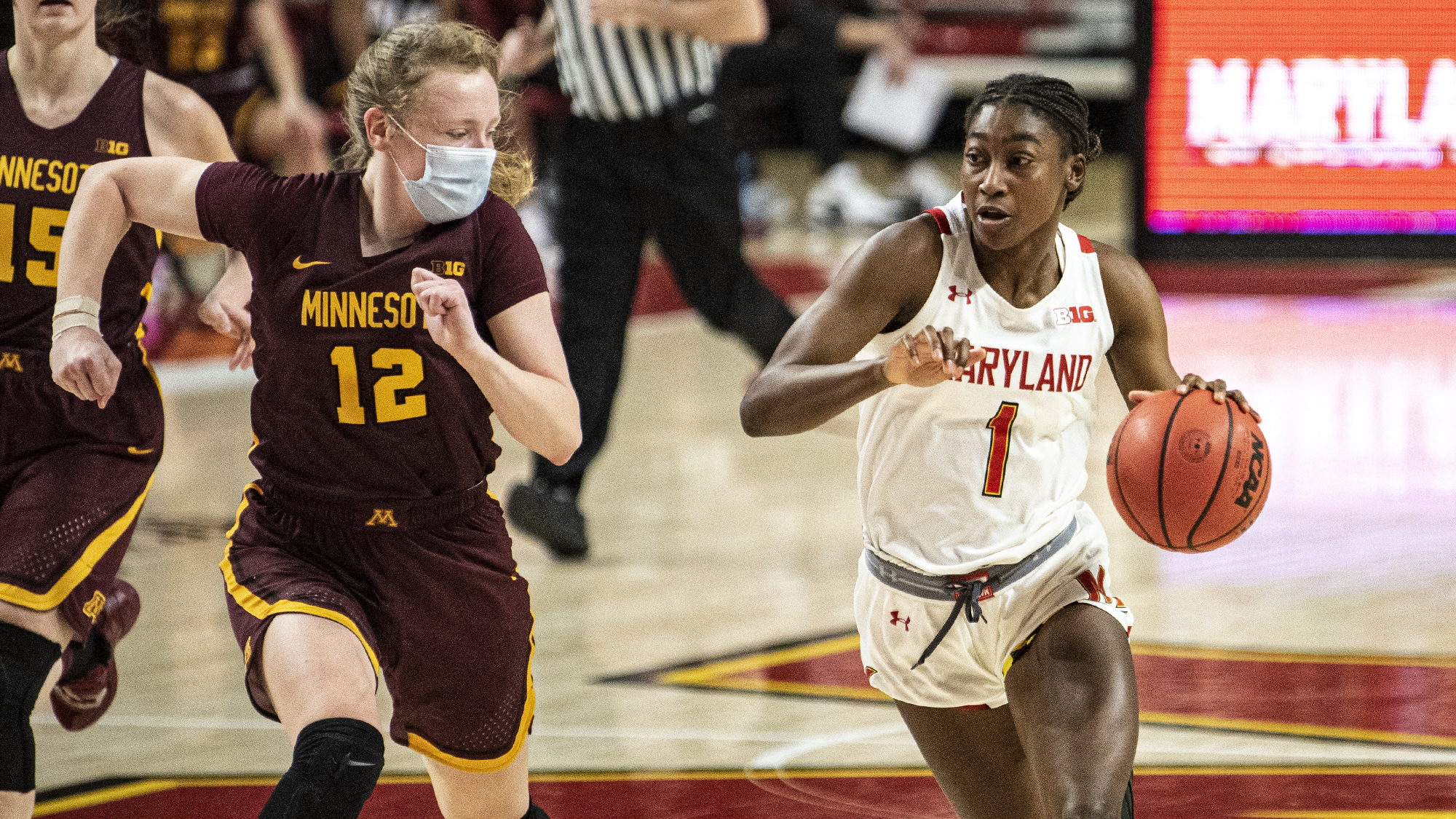 These are the dog days of Maryland women’s basketball’s schedule. And, at this point, the Terps are used to winning.

The team’s high-level talent, coaching and a slate that saw it play the bottom half of the Big Ten in the latter half of the season have led to a flurry of blowouts.

Those more comfortable games, combined with a pandemic that has largely restricted the Terps to their rooms and compressed their schedule, could have contributed to a general malaise that may have led to a stumble.

It was what the team faced earlier this season, when mid-January wins against Minnesota and Wisconsin were mired with inconsistent play. That eventually caught up to Maryland, culminating in its second loss of the season, against Ohio State.

After that loss, the Terps picked it back up. They’re currently riding an eight-game win streak, the victories coming by double-digit margins. The pandemic weariness hasn’t affected them on the court, something they attribute to the squad’s mentality.

[With its offense sputtering, Maryland women’s basketball turned to defense for success]

“We’re planning for March,” coach Brenda Frese said. “For us, it’s a standard. It’s not the name of the opponent that’s on the chest. For us, it’s playing the right way.”

Maryland has shown that high level of play in its winning streak. In the games since the loss to the Buckeyes, the Terps have defeated their opponents by an average of 29.25 points.

They’ve done better on defense recently, continued their offensive brilliance and started to integrate the now-healthy Angel Reese into their plans.

With the Big Ten and NCAA tournaments on the horizon, Maryland knows it needs to continue this effort against better teams.

“We’re not playing to the standards of our competition, we’re playing Maryland basketball,” forward Chloe Bibby said. “We’re playing and we’re practicing to be better and to be ready for March.”

The Terps have been prepping for March. It’s what the grind of the season — one made even more challenging due to coronavirus-related restrictions — has all been leading up to.

And now, the schedule begins to turn around. On Thursday, Maryland will take on No. 12 Michigan, its first ranked opponent in more than a month.

After that, the challenges keep coming. In less than a week, the Terps will travel to Indianapolis for a Big Ten tournament that currently has five other teams ranked or receiving votes in the AP Poll. From there, it’s time for the big dance, where the stakes are simple.

“You win, you advance. You lose, you go home,” Frese said. “So we really want to be playing at the highest level.”