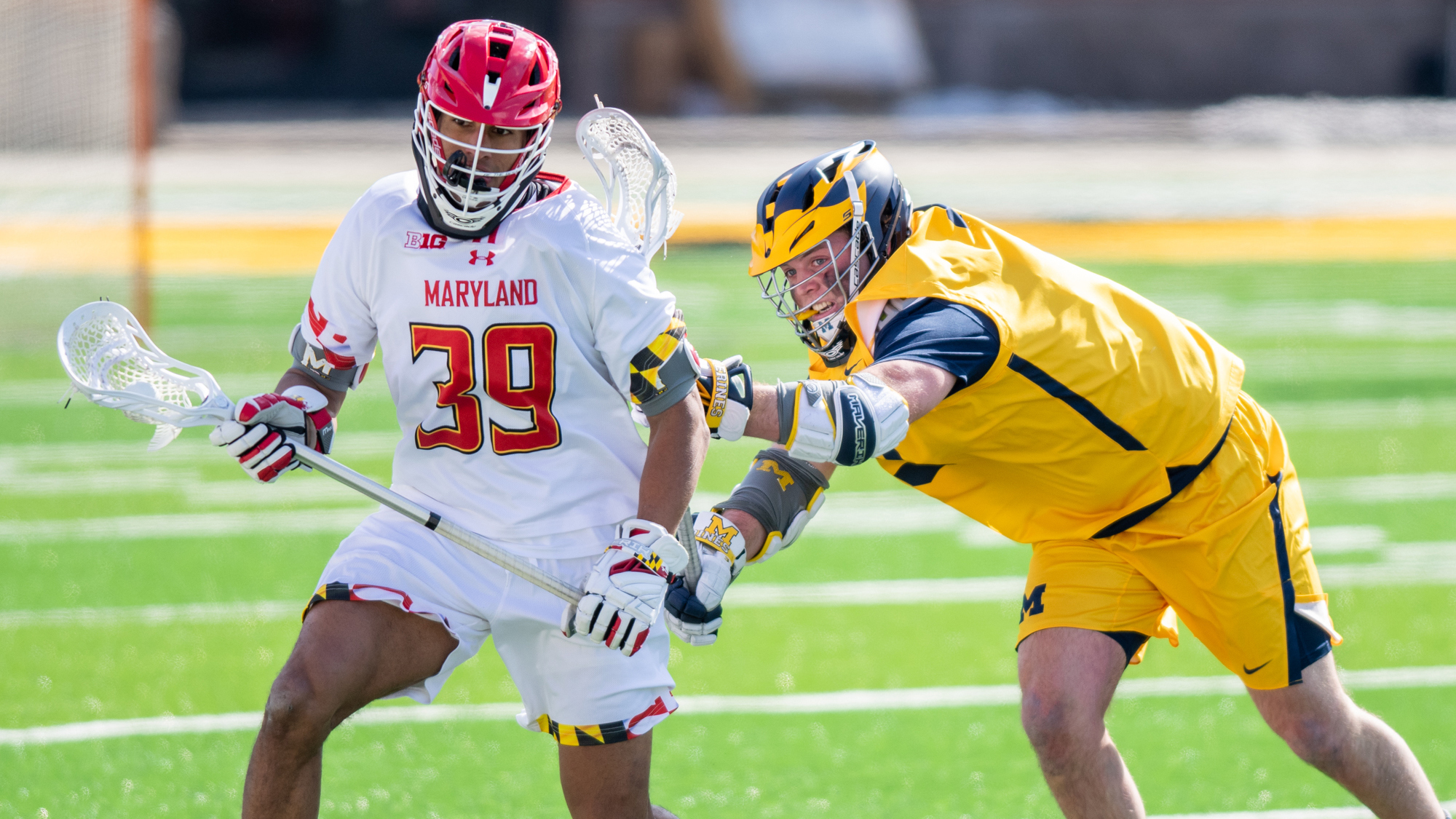 Though Big Ten football and basketball came back last semester, all other sports resumed in 2021. And on Friday, it was finally Maryland men’s lacrosse’s turn to hit the road.

It was in that environment the Terps became very aware of how different this year is to seasons past. Wearing masks, social distancing on the bus and being confined to hotel rooms before the game — it was all just part of the trip.

“I thought the guys worked through it,” coach John Tillman said. “Obviously, when you play on the road, it’s just hard to win those games … it just is.”

But adjusting to the new protocols didn’t seem to negatively affect Tillman’s squad after the first five minutes of Friday’s game, in which Penn State shot seven times before Maryland shot once.

The Terps then netted three goals to take a 3-1 lead over the then-No. 13 Nittany Lions — a lead they never relinquished.

The last time Maryland played on the road was more than a year ago, back in the time when the team could gather for pregame meals and postgame festivities.

But with their 13-7 win in the books Friday, everyone had time to reflect on the trip and realize just how long it had actually been since they loaded up the team bus.

“We kind of talked about it as a group,” Tillman said. “I can’t remember the last time I’ve been out of the state, just going between work and home. I think for a lot of the kids, it was the same, just kind of a different feeling.”

The last time Maryland and Penn State squared off was a 2019 battle in College Park, where the Nittany Lions and their fans happily departed with a win. And although the absence of fans didn’t alter Maryland’s preparation or game plan, it still stood out.

The Terps are set to be at home for their next two games, including Saturday’s match against rival Johns Hopkins. Four more road games also remain on the schedule, starting with Ohio State on March 20.

Now that they’ve been through it once, the team thinks following travel protocols will be less of an issue going forward.

“We managed it,” goalie Logan McNaney said. “We’ve been getting tested all year and wearing our masks. We’ve been just trying to get used to it, and I think we’re doing a good job with trying to stay safe with that stuff.”