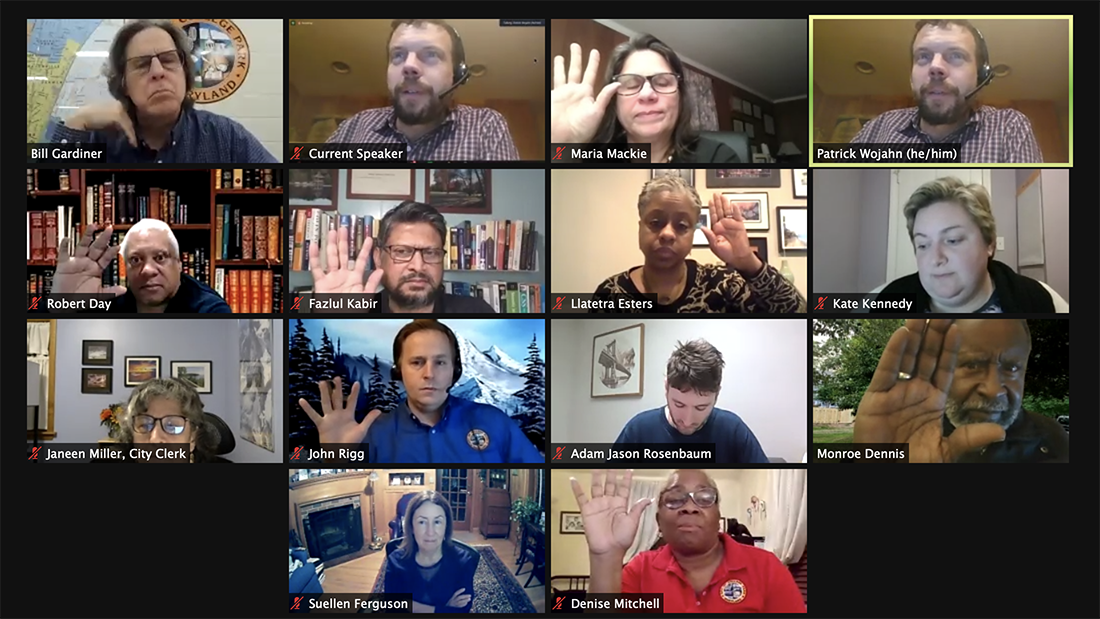 The proposed changes are part of the Washington Metropolitan Area Transit Authority’s budget for the 2022 fiscal year, which proposes closing 22 Metro stations and making changes to bus routes due to “low ridership levels,” according to budget documents. The cuts would eliminate bus route 86 and shorten bus route 83, both of which run through College Park.

The cuts would go into effect in January 2022.

Mayor Patrick Wojahn said WMATA’s justification for the cuts does not adequately reflect the train and bus ridership the city will see after the COVID-19 pandemic, especially from University of Maryland students.

“We hope to see those bus lines become vibrant and heavily used once again … once in-person instruction returns to the university,” Wojahn said.

“This is just an absurd degree of austerity imposed on our little area, and it impacts people across the board,” he said. “I think it would be most acutely felt by people who have poor access to transportation.”

The cuts would also decrease College Park’s tourism and hospitality industries, which have thrived because of the city’s proximity to Washington, D.C., by Metro, Rigg added.

The lack of access to the Washington, D.C., metropolitan area via public transportation would attract fewer people to College Park, said Adam Rosenbaum, the Student Government Association’s student liaison to the city council.

“There’s a lot of interconnection that brings students and long-term residents to College Park,”  the junior computer science and finance major said. “I think it would … hurt development and property values in the city, because there would be less interest for people to live here.”

District 3 council man Robert Day called the proposed cuts a “punch in the gut” that would lead to traffic congestion and other issues.

“We have spent a lot of time here in College Park, fighting to get traffic off of Route 1,” Day said. “[Route 1] is going to be stopped up once again because we’re taking a Metro station away.”

In response to council members’ concerns, Wojahn emphasized that current debt relief bills being considered in Congress would provide WMATA with funding if passed, lessening the likelihood of the cuts.

“I hear everybody’s concerns, and I share those concerns about the potential for what would happen if the College Park Metro station were to close down,” he said. “But we can’t assume that because it’s on the budget estimate, it’s going to happen.”