Review: ‘The World’s A Little Blurry’ is an intimate look at Billie Eilish and her career 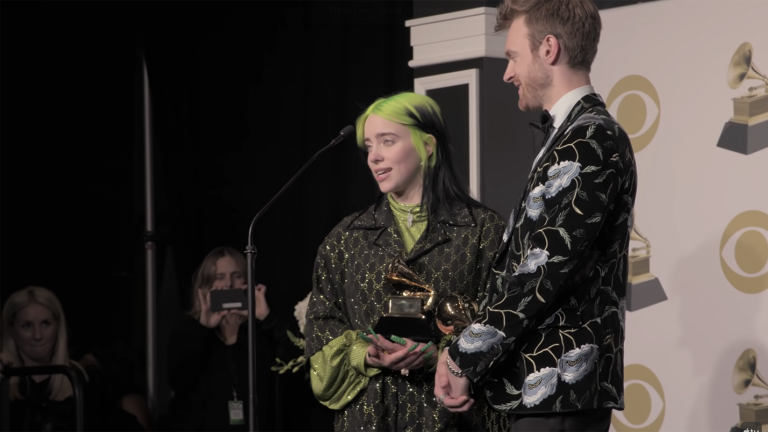 Many documentaries about musicians feel polished with a few strategically planned, perfectly imperfect moments sprinkled throughout. Whether it be those grainy behind-the-scenes shots seemingly taped on film for no purpose other than aesthetics or the plotline that never goes deeper than the surface level, these unfortunate tropes lead to so many unfulfilled opportunities of seeing an artist in a new light.

Authenticity, or being “relatable,” is just another characteristic that’s become a brand, and many celebrities are quick to jump on board. But Billie Eilish: The World’s A Little Blurry is authentic, in the same way Eilish is and has always been.

The Apple TV+ original film focuses on teenage Eilish’s rise to fame and her preparation for her debut album When We All Fall Asleep, Where Do We Go? Songwriting, press tours, styling sessions, music videos and performances all occur in between the her average teenage milestones, such as getting a learner’s permit and her first car.

It’s easy to forget Eilish is just a teenager with all she’s accomplished in her jam-packed career — including a James Bond theme song, five Grammys and a plethora of other milestones.

For most of the film, the audience can see Eilish in her element. There’s footage of her brother and collaborator Finneas and her conceptualizing song ideas and throwing out lyrics to see what sticks. It’s interesting to get a peek into their process and how they work together.

Eilish’s creativity really culminates when she shows the camera her notes about her album. She points out a page in her journal of her idea for the “when the party’s over” music video, where she wanted to have black liquid she drank flowing out of her eyes.

Eilish creates a mockup of the video in her backyard, using her mom as a stand-in for her. From the video’s conception on the page to its execution on set — with a makeup artist checking in with Eilish to ask if the tubes that will eventually leak the black liquid on her face are comfortable — the audience continually creeps further into her world.

The World’s A Little Blurry stands out because of its ability to balance Eilish’s professional life and the politics of the music industry — like writing an “accessible” song destined to be a hit and impressing the A&R at Interscope or needing positive public perception, for example — with personal breakups, being on tour away from friends and the thrill of working with Justin Bieber, one of her idols.

These moments are humanizing and show how grueling being a musician can be, especially at such a young age.

In another part of the documentary, Eilish had a heated talk with her mother about a seemingly abrupt meet-and-greet with important industry people she had to attend. Someone commented about the event online, saying their friend told them Eilish was “rude.” Eilish mentioned how she couldn’t “have a bad moment.”

“All I hear is ‘Billie. Billie. Billie.’ Every second of my fucking life. But from every direction. Everywhere I go,” she said. Her mother empathizes with her. It struck me as a moment showing the immense amount of pressure she’s under all the time and how celebrities are expected to be present all the time.

The World’s A Little Blurry doesn’t make Eilish out to be an angel but also doesn’t demonize her. The movie carefully walks the line of showcasing reality and creating an experience for viewers that reveals the process of creating her art while displaying the struggles she and her family have gone through adjusting to this new life in the public eye.