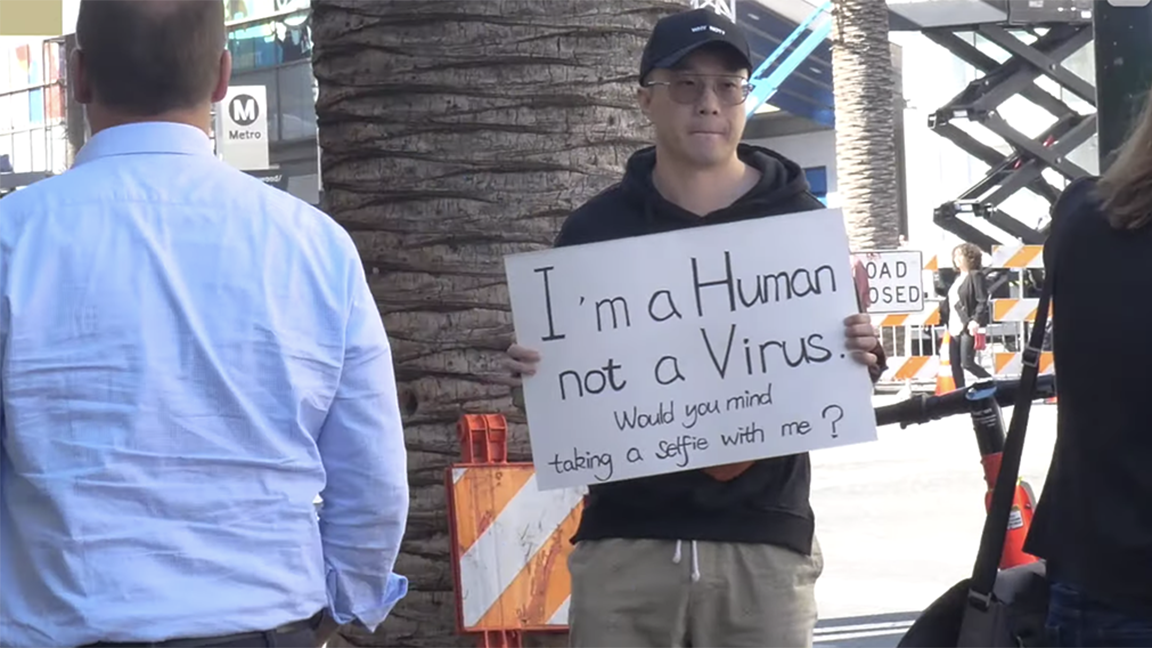 The footage shows an elderly man on his daily walk through Anza Vista, San Francisco, on the morning of Jan. 28. Suddenly, a 19-year-old assailant comes into view, running at high speed, and shoves him to the ground. The man sustained brain hemorrhaging from the attack, lost consciousness and never regained it. He was an 84-year-old San Francisco native of Thai origin, and his name was Vichar Ratanapakdee.

Since the pandemic began, violent crimes, verbal attacks and other forms of outward racism and xenophobia committed against the Asian American and Pacific Islander community have increased. In addition to San Francisco, cities such as Oakland and New York are seeing increases in incidents against their communities.

A Pew Research Center study on discrimination amid the COVID-19 pandemic revealed that, as of July 2020, 31 percent of Asian Americans reported being targets of racial jokes and slurs since the start of the pandemic. As of Dec. 31, 259 instances of anti-Asian racism in New York alone were reported to Stop AAPI Hate, and 2,808 first-hand accounts nationwide. These numbers have only increased since 2021 began, as there have been countless other instances of similar crimes, particularly against the elderly.

Although it’s impossible to pinpoint a single, definitive reason for this increase in anti-Asian racism and violent crimes, it is due in no small part to former President Donald Trump and the constant vitriol he spewed. Reports for some of these violent incidents have often shown perpetrators using Trump’s racist and xenophobic language toward Asian Americans. Beyond the previous administration, the hyper-focus on Wuhan, China, at the beginning of the pandemic presented the perfect opportunity for some to act out on their prejudices.

Even though our newly-elected president publicly stated his support for the AAPI community last month and signed an executive memorandum calling for language sensitivity relating to the pandemic, anti-Asian racism isn’t new. The AAPI community has always been discriminated against, and their struggles with racism are often minimized or outright erased.

A significant factor often at play in the erasure of the Asian American struggle is the model minority myth, which is exactly that: a “mythical characterization of the racial group.” The model minority myth forces the narrative that Asian Americans are more “docile” or “compliant,” less politically affiliated and, as a whole fare better economically than other minoritized groups — a stereotype that veils the reality that many AAPI community members face.

In contrast to more readily visible struggles — such as police brutality against Black people or the separation of Latino families at the border — it can be easy to classify the Asian American struggle as nonexistent. Additionally, although a lot of the discomfort surrounding these crimes comes from the fact that some of the perpetrators are other people of color, we must remember that in the fight for racial justice, we all can and should be held accountable.

Now is the time for all of us to act to combat anti-Asian racism. The Asian American Bar Association of New York released a report detailing seven initiatives to help reduce incidents of violence against the AAPI community. These include clear reporting mechanisms that acknowledge that language barriers, emotional discomfort and aversion to law enforcement can deter victims from reporting incidents.

Other initiatives listed include policing solutions. Although this may seem like a viable option, heavier policing may only be a short-term alleviation to a much larger problem. More police in communities of color can be more harmful than helpful. The best ways to battle this particular wave of violence in the long run are through sustained, community-led efforts and cross-racial initiatives — alternatives which require courage and imagination to deviate from more traditional policing methods.

These initiatives could include providing resources for elderly Asian American communities through mutual aid efforts, such as volunteers to escort them to and from their errands, or Bystander Intervention programs for the rest of us who wish to help. Addressing the problem at its core necessitates education at the organizational level, allowing for workplaces to speak on anti-Asian racism with increased understanding and nuance. Monetarily, it is up to communities to fundraise internally for Asian-led organizations such as Stop AAPI Hate and APIENC.

It rests in the hands of organizers, communities and individuals to confront the issue head-on, educating ourselves and lending a hand to another community in need. Now is the time to stand in solidarity with and defend the AAPI community.