Four-year colleges aren’t everything. Take it from trade schools. 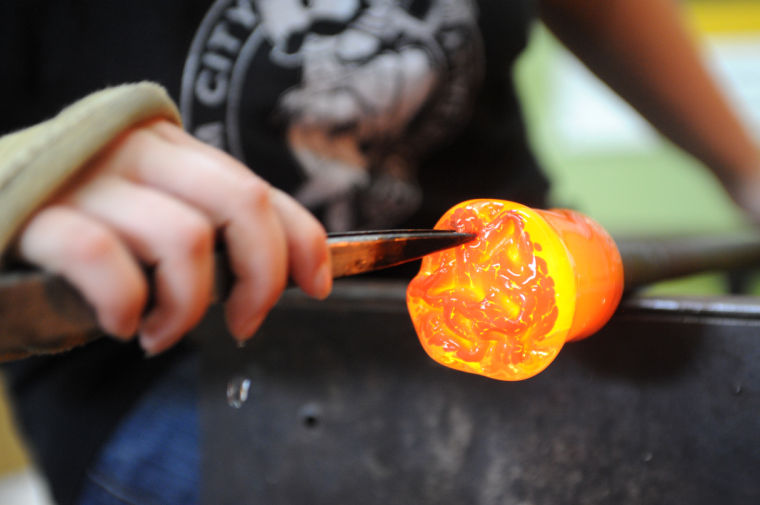 College Park resident Beth Hess draws a flower petal design into molten glass with a tool as she forms it to create a paper weight at DC Glassworks.

Congress and the Biden administration are currently preoccupied with addressing the student loan crisis, with debate over how much student loan debt should be forgiven, if any. Proposed solutions range from forgiving $10,000 for each person to expanding the federal Pell Grant to doing nothing at all.

But this debate over how to help people afford college makes the assumption that people should be going to college. This is despite the fact that most countries do not have especially high college enrollment rates, and they seem perfectly functional (all countries are dysfunctional to a certain degree, but let’s ignore that for now). For some reason, our culture views professions involving handiwork as less desirable than those that don’t. This is a dangerous cultural misjudgment that led to a shortage of skilled American workers in the ’80s and ’90s.

The pandemic has made clear that many jobs that don’t necessarily require college degrees can be more essential than jobs that do. We need to reflect this truth in our culture and ensure that we don’t treat people who do necessary and important work as untouchables or failed individuals.

Going to a four-year college is legitimately not the right choice for everyone. Not everyone wants the rigor, breadth or depth of four-year programs. Some people would rather spend their time doing other things, such as traveling or writing a book or just taking time to start their fully independent lives. Given the economic and time costs, they should feel free to have different paths.

Of course, this isn’t to say essential workers such as nurses, technicians and plumbers shouldn’t receive any training or extra education beyond high school. They absolutely should — and do. But they should not be obligated to spend four years paying exorbitant sums when they don’t need to.

Colleges seem focused on turning their students into Renaissance men with a breadth of knowledge in seemingly unrelated subjects, usually by way of general education requirements. Insights from other fields can be incredibly interesting and useful for students, but gaining them should not be mandatory when tuition is so unreasonably high.

A middle ground between no post-secondary education and sometimes over-the-top colleges would be trade schools or apprenticeships. These programs allow students to better tailor their education to their individual needs and interests. Furthermore, on average, trade schools are cheaper than colleges and significantly shorten a student’s time in school. These programs certainly avoid the horror of sinking tens of thousands of dollars into college tuition just to be forced to drop out a few years later without obtaining a degree. Trade schools can also provide a path out of poverty for low-income students, for whom the appeal of college and access to well-paid jobs can be obstructed by crippling debt and prohibitive tuitions.

So, what can we do to make students’ choice to attend trade schools more compelling? As a society, we need to stop viewing it as an alternative to four-year colleges or as a downgrade in any way. This already seems to be happening, as trade school enrollment grew from 9.6 million students in 1999 to 16 million in 2014. But there’s still a long way to go to remove the stigma associated with not going to college. In some other developed countries, attending trade schools is more normal than college. Attending college should not be the default. Going to trade school is simply a different choice, not a worse one.

Next, there should be more robust financial support for people who do choose to attend trade school. While trade schools are a lot cheaper than college on average, they can still be pricey and low-income students may still find tuition costs high. Luckily, FAFSA and Pell Grants still apply to most trade schools, and individual students could benefit from more government-funded scholarships to help incentivize attendance. Both the federal government and state governments should increase their funding for trade schools to help bolster their programming and make them more attractive to prospective students.

The pandemic has provided the perfect opportunity to start destigmatizing these types of jobs, as well as the education and training necessary to do them. We shouldn’t let it slip by.