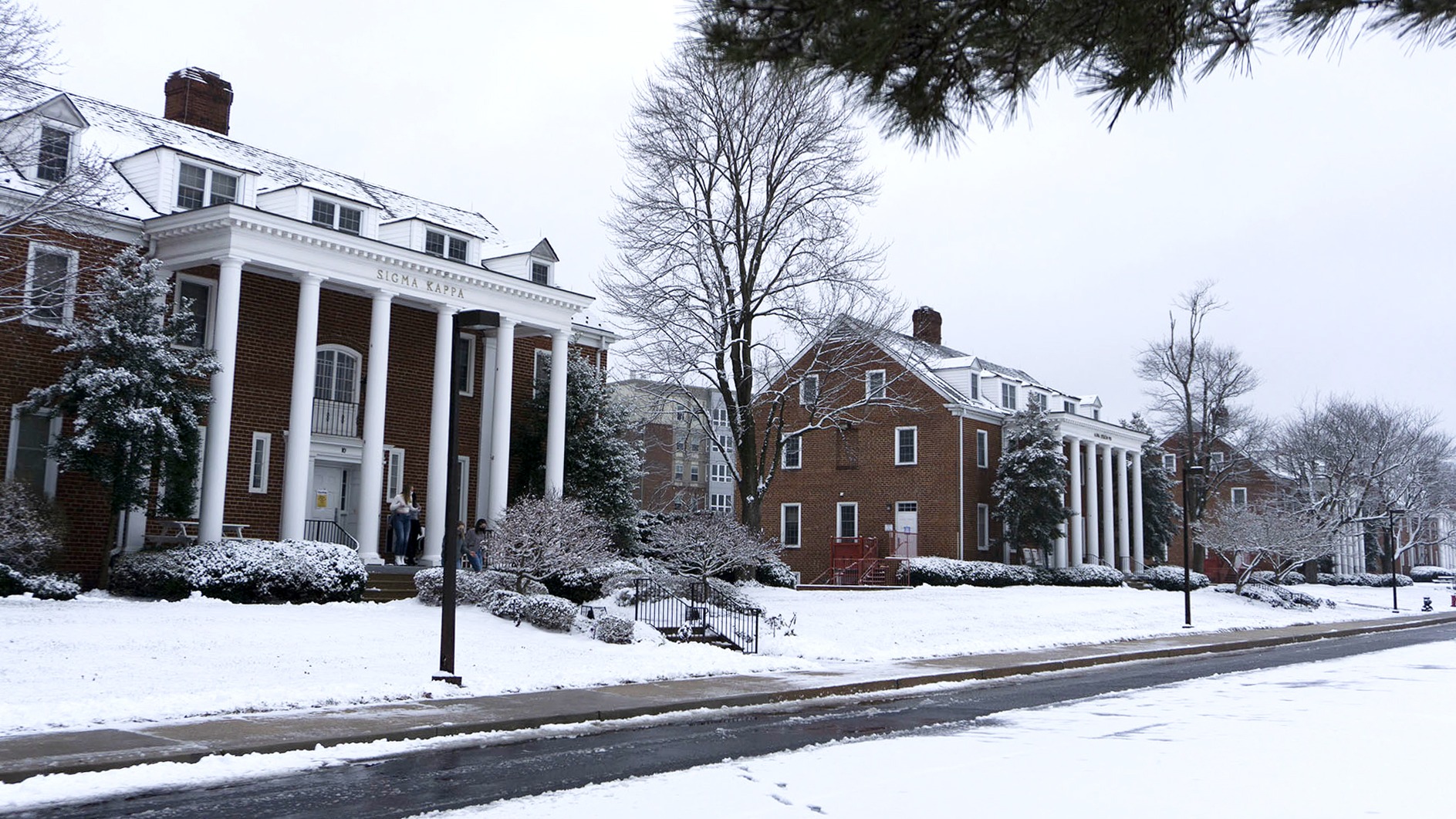 Sorority recruitment is in full swing, or at least that’s what the flood of posts on my Instagram feed is telling me. Scrolling past photo after photo of white girls smiling in front of red brick homes in matching outfits, it’s hard to tell one chapter from another. However, the posts that do stick out are the rare snapshots highlighting this university’s Panhellenic Association’s so-called commitment to diversity.

The association’s performative activism hasn’t actually done anything to try to make their chapters more diverse or inclusive. And unless there’s a substantive change in how recruitment works, nothing will. It’s time that sororities adopt an image-blind recruitment style and eliminate physical appearance’s negative impact on Greek life’s diversity.

During the increase of Black Lives Matter protests over the summer, countless organizations and corporations posted meaningless statements on social media highlighting their “solidarity” with the racial justice movement. Some companies actually put their money where their mouth is. Adidas announced its commitment to filling 30 percent of new positions with Black or Latinx workers, and Sephora signed on to the 15 Percent Pledge, promising to devote 15 percent of its shelf space to beauty products from Black-owned businesses.

However, this university’s Panhellenic Association isn’t a major corporation flush with cash. Instead, it’s a collection of students who voluntarily throw their own money at a system built on the exclusion of women of color. Sororities were founded to bring women together, but only if you were white. No number of aesthetic Instagram posts celebrating Rosa Parks’ birthday or Martin Luther King Jr. Day will change that.

Neither will simply having a diversity and inclusion chair, which doesn’t mean your organization is automatically anti-racist or anti-discriminatory. It’s a good first step in educating and informing your members about how racism operates in the panhellenic system, but it does nothing to actively recruit members of color. Greek life is predominantly white because the legacy of excluding people of color has continued to trickle down into chapters’ current mostly white membership. The only thing that will actually increase diversity in Greek life is a redesign of recruitment methods.

If sororities really wanted recruitment to be about which girls are the right “fit” for their chapters, this semester’s recruitment should have been blind. Picture the blind auditions on The Voice, where the judges have their backs turned away from contestants so they can focus on the person’s singing instead of their appearance. That’s how blind recruitment would work: no cameras, no photographs of potential new members, no social media searches.

Virtual recruitment provided a perfect opportunity for sororities to truly base their standards on personality and avoid both the conscious and unconscious biases present in regular in-person recruitment. It’s a little weird to speak to a blank screen, but potential members could put a photo of something they’re interested or involved in instead. This would both solve the issue of basing opinions on image, as well as how awkward it can be to start conversations over Zoom.

This university is also home to the National Multicultural Greek Council, a collection of multicultural Greek organizations, and the National Pan-Hellenic Council, which hosts historically Black sororities and fraternities. These councils provide women of color an opportunity to experience sisterhood outside the bounds of whiteness that so far may not be possible within this university’s Panhellenic Association. However, there’s no reason women of color shouldn’t have the same opportunity to join these organizations as white women.

This semester’s virtual recruitment provided an opportunity to level the playing field that the Panhellenic Association failed to take, but implementing virtual blind recruitment is only a temporary solution; when recruitment inevitably returns to its normal in-person state, it will be impossible to remove a potential member’s appearance from how they’re evaluated. But who knows how long virtual recruitment will be in place? It’s time these sororities — and Greek life as a whole — develop and implement methods of recruitment that remove preconceived notions and unconscious biases based on race from the equation. That’ll do a lot more for the Panhellenic Association’s lack of diversity than a couple of Instagram posts could ever do.