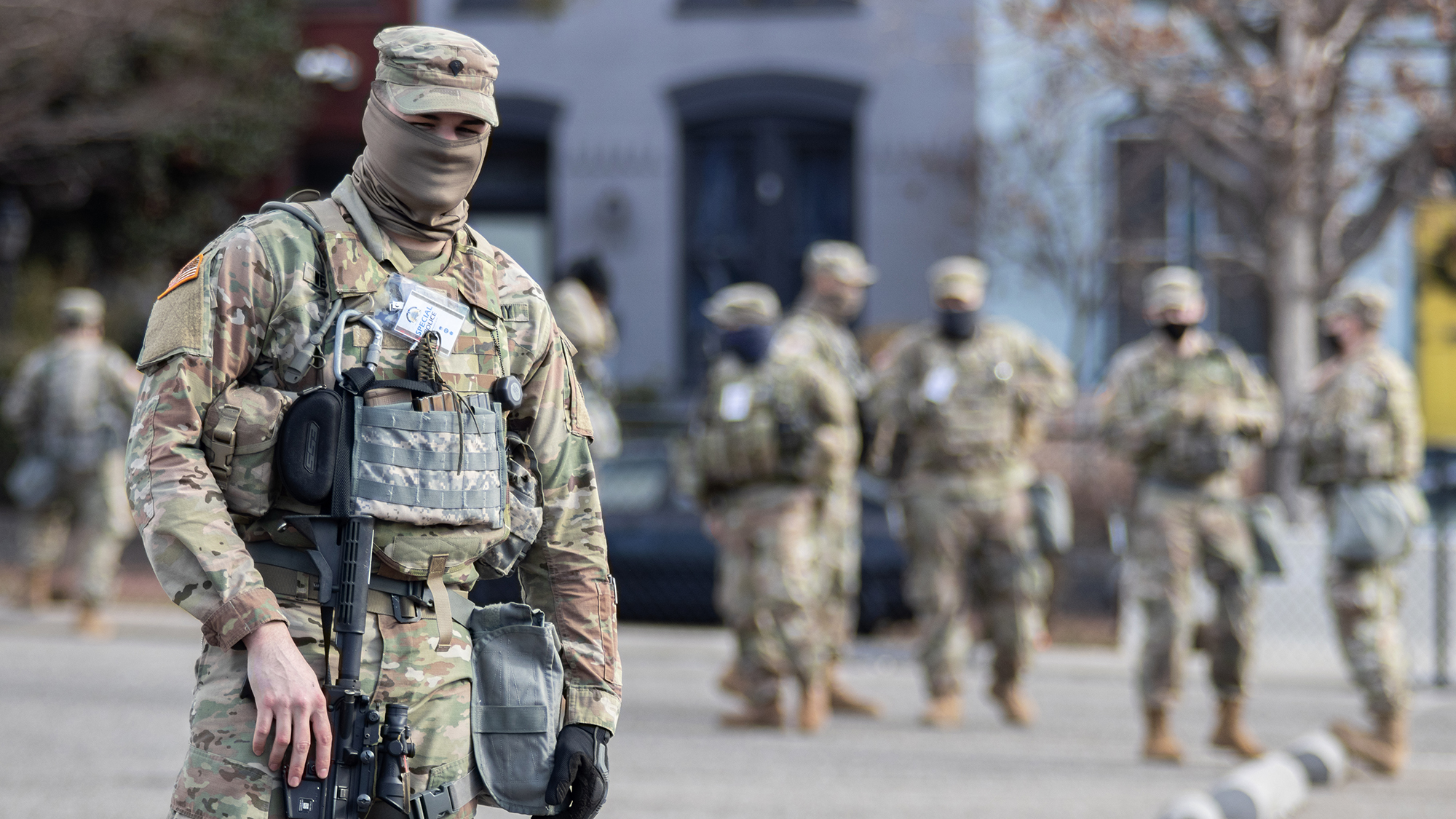 Members of the National Guard keep watch outside the U.S. Capitol building in Washington, D.C. on Jan. 17, 2021. (Julia Nikhinson/The Diamondback)

On Jan. 6, like many around the world, I sat in shock as I witnessed the storming of the U.S. Capitol. In the days following this disaster, I heard the same questions from national news reporters and political commentators: How could the Capitol have been breached so easily? Where was the resistance from the authorities? How did nobody see this coming?

For residents of the Washington, D.C., metropolitan area, the last question is laughable for one simple reason: We did see white supremacist violence coming. In fact, Washington, D.C., has been under siege for months, with waves of white supremacists frequently descending upon the city to hold rallies and terrorize residents. Despite the heavy, ongoing militarization of the city — thousands of National Guard members will supplement the city with the most dense police population in the nation — residents are once again being overlooked by local and federal governments, leaving them to pick up the pieces of white supremacist violence.

Over the last year, local residents and organizations have banded together to call on leaders such as Mayor Muriel Bowser to take protective measures for the residents of D.C. — to no avail. Community leaders have criticized D.C.’s political leadership for repeatedly failing to act against white supremacist violence in the city, and during the total shutdown of downtown D.C. that occurred over the inauguration, many Washingtonians were left to reckon with the unsettling and potentially traumatic sight of heavy military presence in their communities. This comes on the heels of a summer where Black Lives Matter protests in the city continually attracted the Department of Homeland Security, Metropolitan Police, the 82nd Airborne Division, the National Guard and unmarked riot police from the Bureau of Prisons.

With all these events in mind, it feels like politicians forget actual people live in D.C., not just government officials, lobbyists and businesspeople. These residents do not deserve to live with white supremacist violence, nor do they deserve to deal with the increased militarization of their communities every time threats of violence are levied against members of the federal government.

D.C. is constantly being turned into a political stage by one group or another at the expense of residents who are attacked when they protest for their own communities, which should concern everyone at the local and national level. But as long as the city’s lack of political agency persists, residents will continue to be overlooked.

For these reasons, local leaders must truly listen to residents and implement safety measures that don’t militarize the city and place residents in danger. Congressional leaders must also recognize residents’ agency and expand the district’s political autonomy.

In the aftermath of Jan. 6, the D.C. Police Union released a statement calling on the local government to further support and expand policing in the district, implying that calls for defunding and demilitarizing police would only hinder responses to events such as the Capitol riot. Instead of acknowledging systemic failure, the union’s call for more Metropolitan Police funding reduces the violence and upheaval residents have experienced to a simple security breach that more militarization can be compensated for.

Extending the power of the Metropolitan Police, which made more than five times the amount of arrests at Black Lives Matter protests than they did at the violent Capitol insurgency, would only increase the power of a department with a history of misconduct to act against residents. This would especially harm the 47 percent of D.C. residents who are Black and who are disproportionately targeted by Metropolitan Police.

Thus, local leadership should actively listen to residents and community leaders who will be more affected by an ongoing militarization of D.C. than the sporadic waves of outsiders who come into the city to wreak havoc.

Finally, on the federal level, D.C. deserves statehood so it can be given the same autonomy granted to other states. Not only do some argue that D.C. could have defended itself better on Jan. 6 had the local government been able to exercise more autonomy in its response, but D.C. residents’ interests — including their safety — need to be represented in Congress. D.C. pays more in federal taxes than any state, yet it’s clear from recent events that Washingtonians certainly reap fewer benefits than residents of other U.S. cities.

Giving D.C. statehood would force the federal government to consider the effect of white supremacist violence on residents. Fortunately, although this call for statehood has long gone unheeded, D.C. is finally back on a path to statehood right now.

Ultimately, while Washington, D.C., is a complicated city with complicated jurisdictions, one thing is not complicated to understand: D.C. residents have repeatedly been ignored and drowned out by the local and federal government, and they deserve to be heard.