When pressure mounts, Maryland gymnastics can count on Audrey Barber 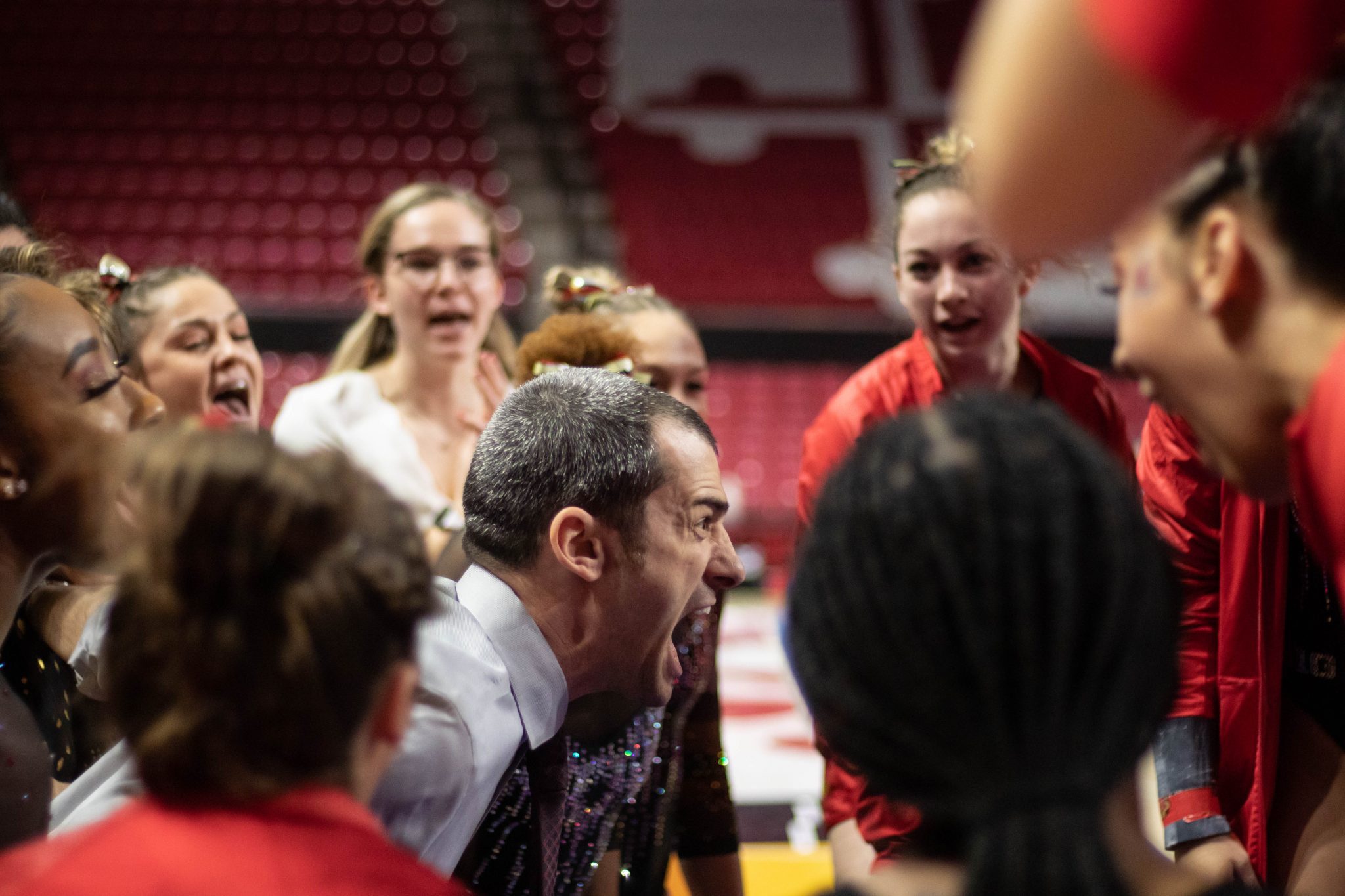 At just four inches wide and slightly over 16 feet long, the balance beam is one of the most recognizable pieces of equipment in gymnastics. The apparatus itself rewards grace, elegance and, most importantly, making the extraordinary look effortless.

Maryland gymnastics’ Audrey Barber has delivered all of these qualities in her routines — not only as she spins, flips and cartwheels her way across the beam, but in every event. Despite an uncharacteristic fall on the beam during the team’s season opener that earned her only her fourth score below a 9.50 on the apparatus in 34 meets, Barber has managed to score a 9.80 or higher in all of her other seven routines so far this campaign.

When the pressure mounts, the Terps rely on Barber’s skill and experience to lift them back up. Barber has anchored the lineup in three events for Maryland during both of the meets this season, posting scores that helped the team recover from falls and missteps.

“I think she’s only fallen on beam two times in her whole career,” coach Brett Nelligan said. “We already knew we won, you know? There wasn’t enough pressure on her, maybe. We kind of laughed about that.”

[Maryland gymnastics is slowly beginning to round into top form]

Barber’s contributions during the shortened 2020 season were limited to the Terps’ first three meets, as she was deemed academically ineligible to compete heading into February. As a team, Maryland cracked the 196-point mark twice in those three meets, a feat the Terps only managed to accomplish two more times over the seven remaining meets.

Even though Barber was unable to compete, her development as a team leader continued. She attended practices and meets, supported her teammates and got to serve in a staff-like role — even while she could not run up to the vault or glide her way across the uneven bars.

“It was hard for her not to be out there. I really felt like she made the most of it and really handled it with a positive mindset,” Nelligan said. “And that’s challenging for a 20-year-old kid who just wants to compete to handle it that way.”

Even without being eligible to compete for most of the season, Barber made the most of the experience of being on a NCAA gymnastics team. And, she said, it has allowed her to relish an opportunity to serve as a leader on a squad that has only four seniors.

“Now that I’m a senior and I’m kind of more in a leadership position, I try to work hard in the gym and set an example for the rest [of the team] to see and take note of,” Barber said. “I try to work hard, and hope that others see it and want to do it as well.”

Barber’s hard work in the gym is evident through the scores she has posted in competition so far this season. Maryland is currently ranked No. 25 in the nation, due in large part to Barber’s performances.

Senior Randi Morris, whose five opportunities to compete in meets in 2020 came after Barber was listed as ineligible, also noted Barber’s leadership skills, particularly when it comes to supporting her newest teammates.

“She keeps the energy up of the freshmen and helps them in the gym with what they should be doing,” Morris said.

Barber spent much of last year on the sideline. Now, she is looking to get back on track and add more achievements to her already-impressive legacy.