Maryland women’s basketball moves up to No. 9 in latest AP poll 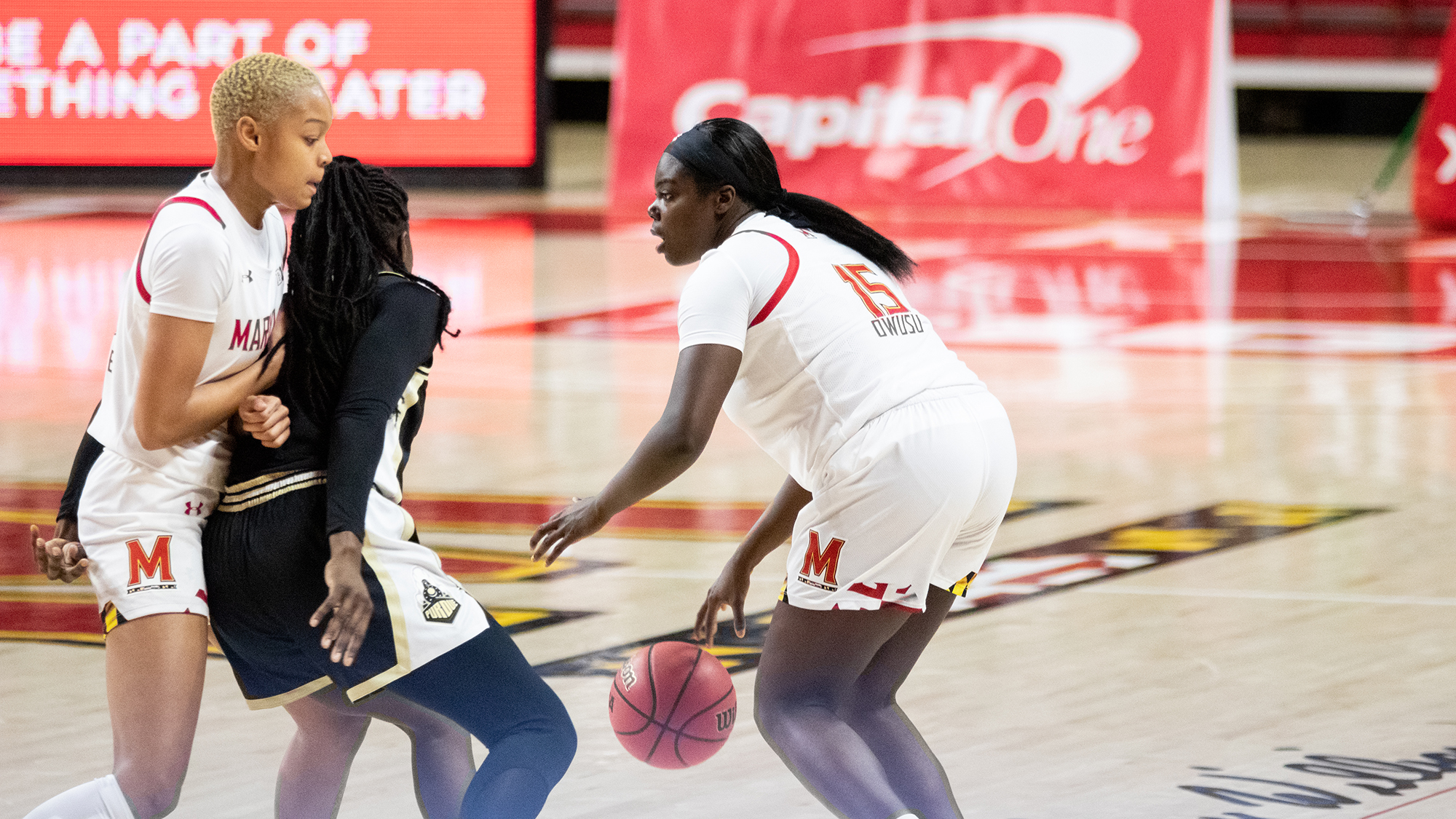 Maryland women’s basketball has been nearly unstoppable as of late. The Terps have won eight straight games, including three matchups against ranked opponents. Those wins have propelled them up the rankings, as they slotted in at No. 9 in the latest AP poll for their first appearance in the Top 10 this year.

Guard Ashley Owusu also earned some individual praise. On Tuesday, she was named the Naismith National Player of the Week after averaging 19.7 points, 6.7 assists, and six rebounds in three Terps contests, all wins. The sophomore impressed over the course of the week, including a 20-point,10-rebound display in a 93-87 victory over Michigan State on Thursday.

Not all the news for Maryland was positive, though. Reserve guard Channise Lewis tore both her meniscus and ACL against the Spartans, she announced on Instagram Monday night. Lewis, a redshirt junior, played nine games and averaged 17.7 minutes, 5.1 points and 3.4 assists per game this season.

The Terps are the highest-ranked team in the Big Ten, but they are joined by fellow conference members No. 13 Michigan, No. 15 Ohio State, No. 18 Indiana and No. 22 Northwestern. Michigan State and Iowa also received votes.