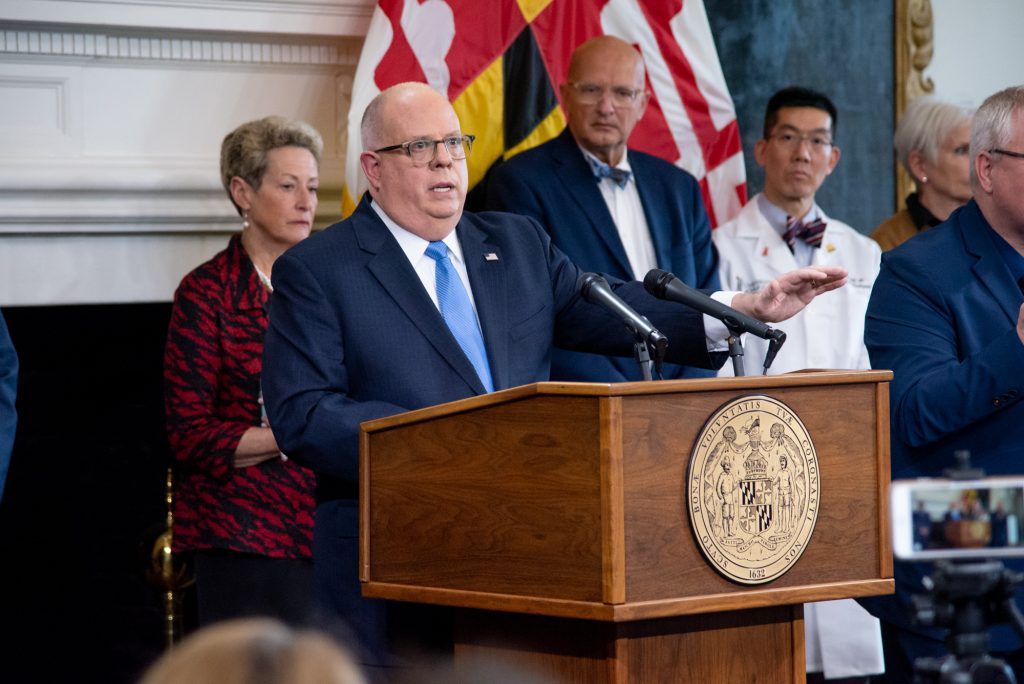 Gov. Larry Hogan announced proposed legislation to provide more than $1 billion in relief to Marylanders, including direct stimulus checks of up to $750 to qualifying families.

As the COVID-19 pandemic continues to take its toll on Maryland’s economy, Hogan emphasized the need for economic relief in the state legislature at a Monday press conference.

The recovery for the economy, livelihoods, industries, entrepreneurs, and families — or RELIEF — act is set to be introduced on Wednesday, the first day of the legislative session.

A majority of the financial relief in the plan would come from tax breaks for small businesses, including extended unemployment tax relief and up to $12,000 of sales tax credits over four months. The act also proposes $180 million in relief by repealing all state and local income taxes on unemployment benefits.

“Amid so much suffering, the last thing we should ever do is raise taxes,” Hogan said.

The package would also include about $267 million in checks designed to help more than 400,000 Marylanders, Hogan said. Low and moderate-income individuals and families who have filed for the earned income tax credit would receive payments for up to $450 and $750, respectively. These checks are separate from federal stimulus checks.

“While Maryland’s economy is coming back faster than many other states, America is going through one of the worst economic crises in our country’s history,” Hogan said.

Hogan said he has spoken with leaders of the Maryland General Assembly over the past few weeks about the necessity of passing additional economic relief in the state.

“We look forward to working with legislative leaders on both sides of the aisle to pass this emergency legislation,” Hogan said. “I cannot imagine anything that could possibly be more important for the legislature to pass.”

“This is not something that should be debated until the end of the legislative session in April,” Hogan said.