UMD expected to sign agreement with MEDCO on student leases 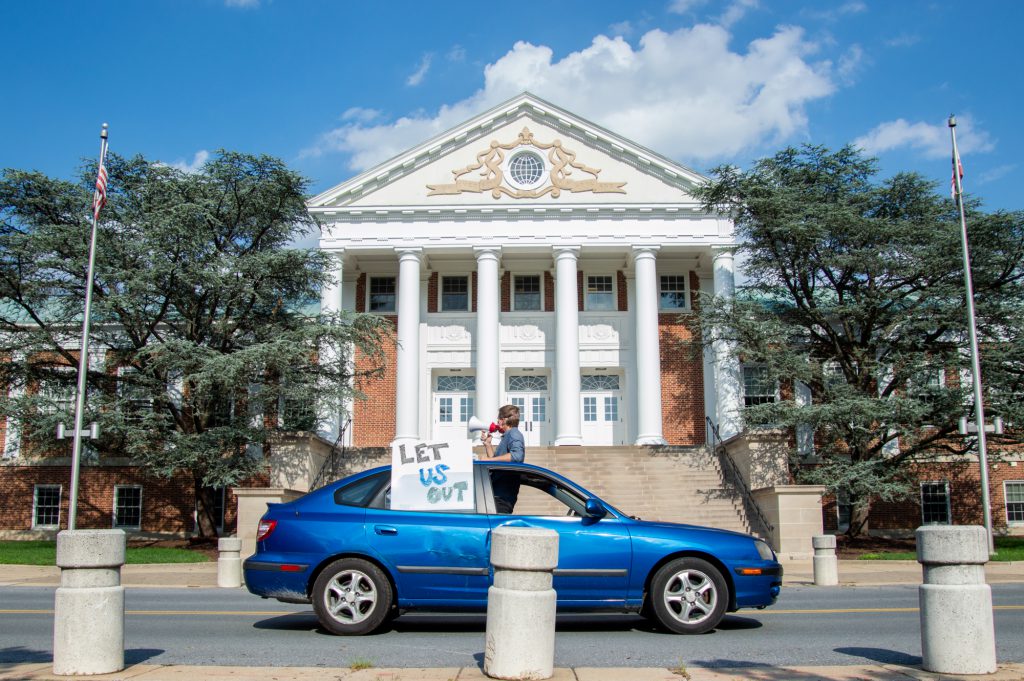 Gavin Kohn passes the Administration Building on Aug. 10, 2020 as he speaks to drivers of the caravan protesting for students to be able to terminate their leases with South Campus Commons and The Courtyards. (Joe Ryan/The Diamondback)

The University of Maryland and MEDCO are expected to reach an agreement about their on-campus apartment leases, university officials announced Thursday afternoon.

Any student who requested to have their on-campus lease terminated will receive credit, said Carlo Collela, the university’s vice president for administration and finance, during a Maryland General Assembly subcommittee hearing on Thursday. For students who have paid rent but did not move in this fall, their payments will be transferred to the spring semester, Colella said.

“It is a sacrifice that everyone is participating in — MEDCO, the university and the families,” Colella said during the meeting. “But we’re pleased to … try and mitigate this impact to those students.”

The impending agreement could mark the end of a months-long battle between students, the university and MEDCO — the company that owns the on-campus apartments — to have their lease agreements voided amid a largely virtual semester. In the past few months, students have protested on the university’s campus and in Annapolis, sparking responses from both lawmakers and university officials.

Towson University, which also has MEDCO-owned apartments on its campus, has already signed an agreement, Towson officials said during the meeting.

MEDCO President Bob Brennan said he understands the universities’ desires to put together an agreement, and that despite the loss of revenue, MEDCO will still be “in a good place.”

“We too have a lot of concern about the safety of these students,” Brennan said. “They are our future.”

However, the agreement between this university and MEDCO has yet to be signed. Some specifications — like whether students who wish to sublease can transfer their credit to another party — are still being finalized, Colella said.

Colella said the agreement is slated to be signed “within the week.”