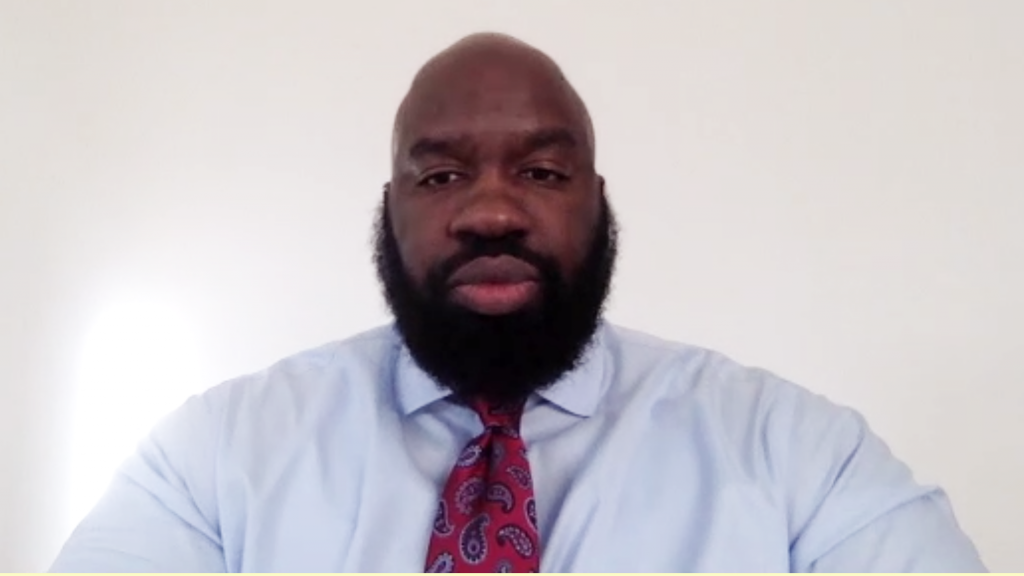 Binley Taylor is one of the four final candidates for the role of University of Maryland Bias Incident Support Services director. He discussed racial and identity trauma with university community members on Dec. 3, 2020. (Lyna Bentahar/For The Diamondback)

The University of Maryland’s Office of Diversity and Inclusion began soliciting community input on the four candidates for director of its Bias Incident Support Services Thursday.

The first candidate for the role, Binley Taylor, presented his aspirations for BISS under his leadership and answered questions from the university community Thursday evening, at the first of four informational Zoom sessions. Taylor explained he has put his focus on trauma and wants to address the racial and identity trauma that comes with experiencing hate bias incidents.

“Trauma affects each of us very differently, but it can have a huge impact on how it shows up with each of us,” Taylor said.

Taylor has spent the last 15 years as a social worker and, most recently, program director for the child welfare agency, the National Center for Children and Families. In that role he worked primarily with Black and brown adolescent boys, he said, with a few instances where he worked with young girls and the LGBTQ community.

As a candidate for BISS director, Taylor’s experience has pushed him to primarily focus on “trauma-informed care,” seeking to be mindful of victims while pursuing hate bias incident cases.

“What I would want to see in the role of director and that office do is to honor that incident report, honor the trauma that that person has gone through as a result of whatever, whether it be a bias incident or whether it be a hate crime,” he said.

In his presentation to students, faculty and staff, Taylor said his experience has made him well-equipped to build relationships and a rapport with the university community.

“It starts with the students themselves,” he said. “If you focus your work around the student themselves … you have a better chance of being successful in the role.”

BISS was created in 2018 in response to the murder of 1st Lt. Richard Collins by a white student at this university and the many calls from the community to hold the university accountable. Neijma Celestine-Donnor held the director position for two years, running the program largely by herself before leaving in July. Brian Medina, project manager for BISS, has taken on the director’s responsibilities since her departure.

During his presentation, Taylor stressed that the BISS program must stay “methodical and disciplined and uniform” in all cases, including situations like Collins’ murder. Taylor referred to Collins as “Lt. Harris” twice before being corrected.

“We want to serve as a broker for the students and also a mediator between the students and the administration to say, ‘Look, this is what we think should happen,’” Taylor said. “This is how we can impact change immediately so that these type of instances don’t continue to happen.”