College life has been different for UMD freshmen. Now, their holidays will be, too. 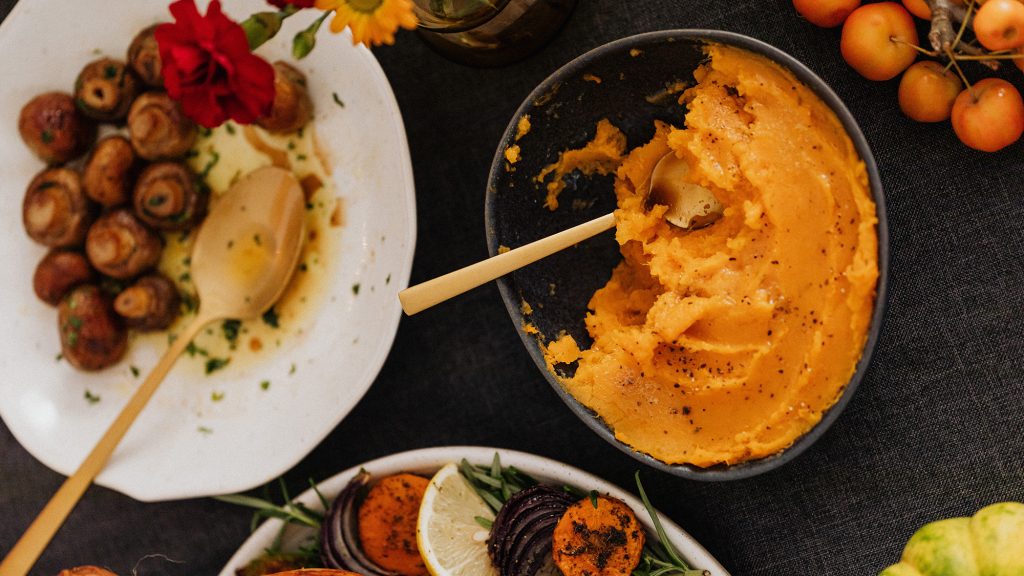 Thanksgiving will look different this year for many families. (Photo courtesy of Karolina Grabowska)

By Sarah Cassuto
For The Diamondback

As the holiday season approaches, many freshmen at the University of Maryland are finding that festivities are yet another thing that need adjustment amid the coronavirus pandemic.

With Thanksgiving later this week, some freshmen at this university are planning on going home for an atypical celebration.

Zoe Nicholson, a freshman enrolled in letters and sciences, said she will be going home to Parkton, Maryland, for Thanksgiving.

“Thanksgiving is one of my favorite holidays,” Nicholson said. “Even with restrictions, I have a lot of family, like immediate family at home … so I really wanted to see them.”

In past years, Nicholson said her family would watch the Macy’s Thanksgiving Day Parade as well as some football, and her dad would fry a turkey.

But this year, Nicholson said, she won’t be able to see all the relatives that she typically would due to the pandemic, adding that her family plans to video chat with her grandmother.

Katerina Kremer, a freshman general biology major, said she will also be traveling home for Thanksgiving, but won’t be celebrating with all of her extended family either.

Normally, Kremer said, she and her family alternate hosting Thanksgiving with her cousins who live in New Jersey. But this year, she will be spending the holiday only with her immediate family in Sparks, Maryland.

Like Nicholson, Kremer plans to use technology to stay connected with the relatives she won’t be able to physically see on Thanksgiving Day, saying she uses social media to stay in contact with family members.

“It helps because when we’re not allowed to see each other physically, we can still stay connected,” Kremer said. “It’s obviously not the same and not as good, but it helps to still have a connection.”

For some, being unable to participate in beloved traditions has been difficult.

In past years, Mohan said, her family has driven from their home in Bethesda to Connecticut to meet up with about 100 relatives on a farm for a holiday weekend celebration, which was canceled this year.

“That’s definitely one of our highlights of the year,” Mohan said. “Driving up there all together and getting to see everyone.”

Nonetheless, since she has been away at college for the past few months, Mohan said she’s excited to at least be able to have a “small, intimate, safe Thanksgiving” with her immediate family.

Not all freshmen will be going home for the holiday.

On Nov. 5, this university announced that classes will move entirely online after Thanksgiving break, with only a few exceptions. Students planning to travel over the break are not allowed to return to the campus afterward.

Freshmen Andree Wetondieu and Joeseph Sweeney both said they will remain on the campus for Thanksgiving.

“My house is like, kind of full right now, so it’s like, even if I was to go back, I wouldn’t necessarily have anywhere to sleep,” Wetondieu said. “It’ll just be easier to stay on campus.”

Because Wetondieu’s hometown of Lanham, Maryland, is so close, the public health science major said, her family is planning to stop by and drop off some food that she can eat in her dorm.

Sweeney, on the other hand, is from Bayville, New Jersey, and said he decided to stay on campus because he felt that traveling would have been stressful.

But changes to his traditional Thanksgiving experience won’t stop him from celebrating, with the cell biology and genetics major saying of his holiday plans: “The best way possible is probably just like, get Chinese takeout delivered.”