Ranked-choice voting could revitalize our democracy 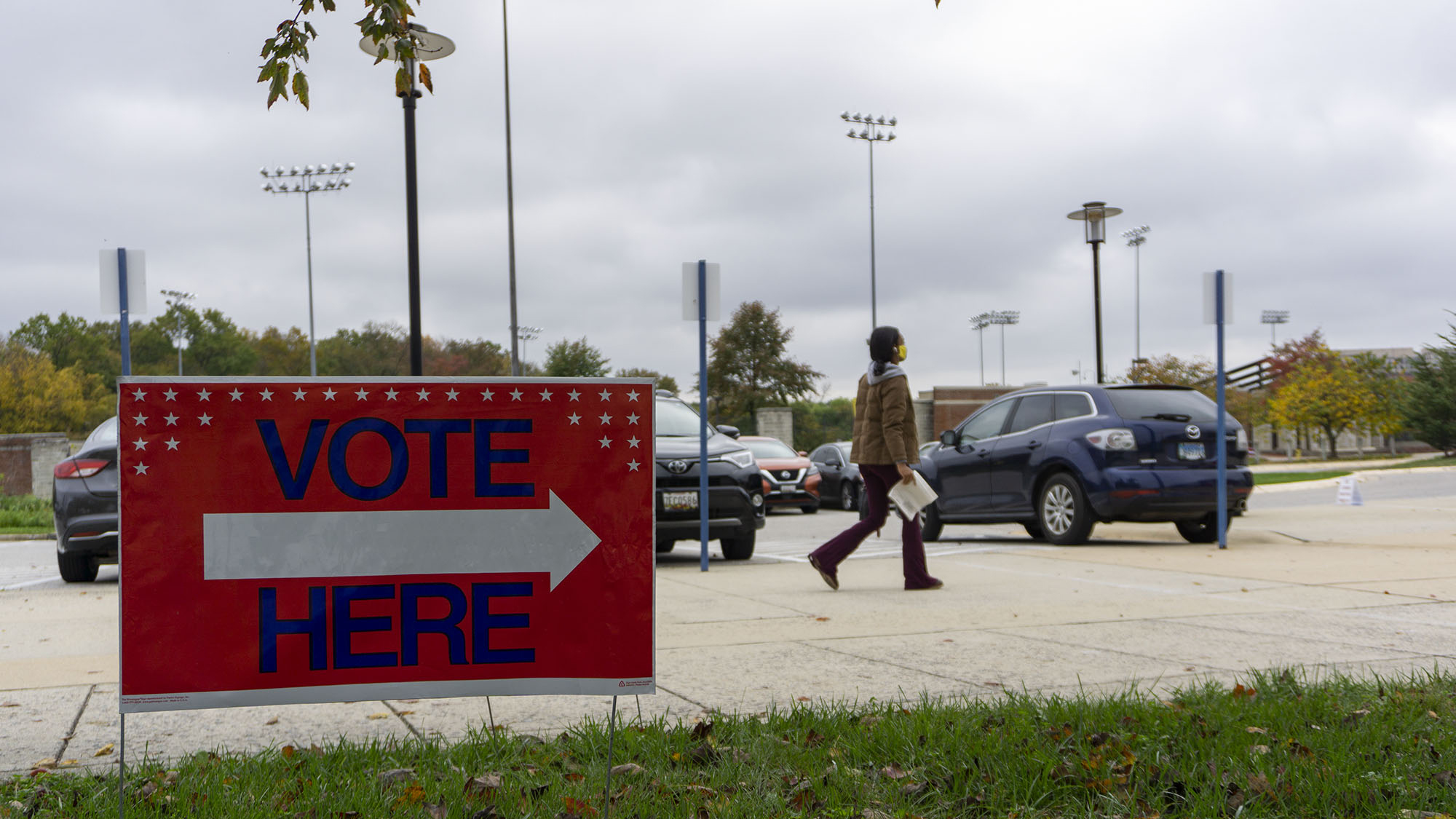 Voters walk toward Xfinity Pavilion to cast their ballots on Nov. 2, 2020, the last day of early voting. (Taneen Momeni/The Diamondback)

I think it’s safe to say this election season has stirred up unprecedented levels of anxiety for many Americans. The process of voting is stressful enough when you have to decide between two candidates — but imagine if you had to choose between 23 candidates.

That’s exactly what voters in Washington, D.C., had to do last week. The D.C. Council race had 23 active candidates running for two at-large seats, leading some voters to express their frustration over such a crowded ballot.

A ballot featuring so many candidates isn’t just confusing and impractical. It also allows candidates to win with a simple plurality of the votes, even if the majority of voters don’t support them. The council’s crowded at-large race is a perfect example of why Washington, D.C., should adopt ranked-choice voting.

Ranked-choice voting allows voters to rank candidates in order of preference instead of choosing just one. Candidates must receive over 50 percent of the votes to win. If nobody receives a majority of the votes, then the candidate with the fewest first-preference votes gets dropped. A runoff is triggered, and a new tally is conducted with the adjusted votes until a candidate wins an outright majority.

By adopting ranked-choice voting, the district would ensure the preservation of democracy in multiple ways.

First, the ranked-choice system empowers voters to vote for the candidates they truly support. They wouldn’t have to worry as much about electability or splitting the vote, two problems that normally compel people to vote for candidates they don’t necessarily like. Empowering voters to cast meaningful votes has consequently led to higher turnout in cities that have implemented the system.

In turn, elections that use ranked-choice voting are more equitable. Candidates who may normally be discouraged from running for office — such as newcomers and people from low-income communities — now get a fair opportunity to participate in elections. In fact, cities with ranked-choice voting have seen quantifiable changes. Not only do a higher proportion of women and people of color run for office, but a higher proportion actually win the seats they’re running for.

In addition to making elections more empowering and equitable, ranked-choice voting would be more representative of what the people actually want. A crowded race in which voters are forced to pick one candidate is more likely to produce non-majority winners. Since the vote gets spread out across so many people, one winner may slip by with only a small percentage of the vote.

This is precisely what happened in that D.C. Council race. The two at-large victories went to Robert White, an incumbent council member, and Christina Henderson, with each winner receiving just 26 percent and 15 percent of the vote, respectively. Since ranked-choice voting requires a candidate to get a true majority of the votes to win, it would guarantee that votes aren’t wasted on a candidate who very few people actually support.

While critics of ranked-choice voting argue that it makes the electoral process more confusing, I have faith that voters would be encouraged to participate just as much as before, if not more. Looking at the record-high turnout in the 2020 presidential election, it’s clear that Americans want to be politically engaged.

And it seems that the people have already expressed their support for ranked-choice voting across the country. As of Nov. 4, five more cities have passed referendums adopting the method. In Maryland, a bill to implement it in Montgomery County — where the 2018 race for county council had 33 candidates vying for four at-large seats — has unanimously passed its first approval in the county’s legislative delegation. If fully approved, the bill would make Montgomery County the second jurisdiction in Maryland to adopt ranked-choice voting, after Takoma Park.

There will never be a perfect system of voting, but ranked-choice is still a fair alternative. Voters would no longer have to choose between the “lesser of two evils” or “settle” for undesirable candidates. Even if ranked-choice doesn’t make it to the national level, Washington is a great place to start. And in a country that is so starkly divided, ensuring that our democracy is fair, empowering and representative — even on a small scale — has the power to unite us.