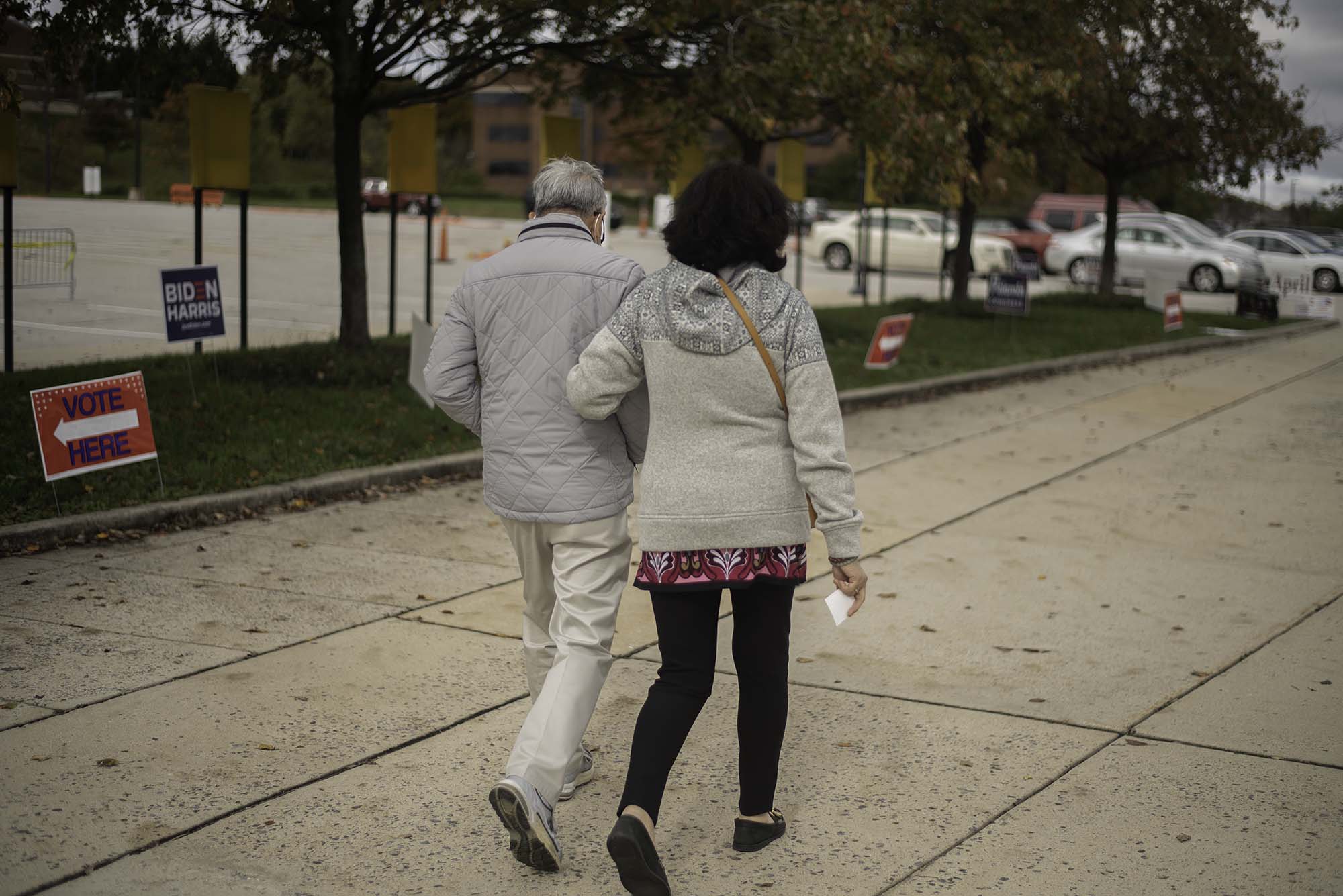 Voters walk away from the Xfinity Center on October 31, 2020. The center was used as an early voting location for Prince Georges County. (Ines Donfack/The Diamondback)

Our country is in a period of widespread political unrest. Police brutality, gun violence, the climate crisis and the elimination of women’s rights are just a few of the issues we are facing. And with the grueling presidential election, the United States is divided: science versus religion, Democrat versus Republican, life versus death. One unspoken rule has helped maintain relationships between friends, family members and coworkers: Do not discuss politics. But in a year like 2020, there are no rules.

The election arguably revolved around response to death and destruction. With the onset of the coronavirus pandemic that has claimed the lives of over 238,000 Americans, the police killings of 164 Black Americans this year alone and the sense of pain and suffering that results when 64 percent of the country distrusts its leadership, many people live in constant fear for not only their own well-being, but also for that of others.

For many college students, discussing politics is unavoidable; whether in class or our social circles, people tend to have strong feelings about the future of the nation. Although we can often expect disagreements with others in the real world, it is all the more confusing when our “friends” disagree on important issues that put human lives at risk.

Hearing a friend speak in support of an ideology you despise can feel like a personal betrayal. One can find themselves questioning the morals of their friends who support candidates with an outdated or oppressive agenda — and rightfully so. The stakes for this election and its aftermath are too high to maintain friendships with those who support hate; thousands of people have already died and suffered as a result of poor leadership.

As a country, if we ever want true change to occur, we cannot continue to overlook the moral downfalls of those closest to us. Change starts on a small scale — if we cannot begin to hold our friends to the highest standard, how can we expect to do the same for our nation’s leaders?

There is simply less room to disagree on politics when those political views intersect with morality. It’s not like you are arguing over where to eat or what movie to see — it would be difficult to find common ground with someone, let alone maintain a stable relationship, when you can’t even agree on which civil rights matter the most. Would you be best friends with someone who supports the revocation of your rights or the rights of others?

I’m not saying that we should shut out people with opposing viewpoints. Actually, the opposite is true. It would be incredibly difficult, if not impossible, to avoid opinions that do not align with our own when 33 percent of voters identify as Democrats and 29 percent as Republicans, even without factoring in the remaining number of independent or third-party voters. We need to be open to hearing others’ opinions so that we get a better understanding of the world. However, we have the ability to pick and choose our friends based on shared morals, goals and interests.

If your values do not align, the foundation of a relationship is missing. The line between what is acceptable and what is not is crossed when two friends disagree on basic human rights, whatever you consider those to be.