D.C.: Vote for shrooms and mellow out the War on Drugs 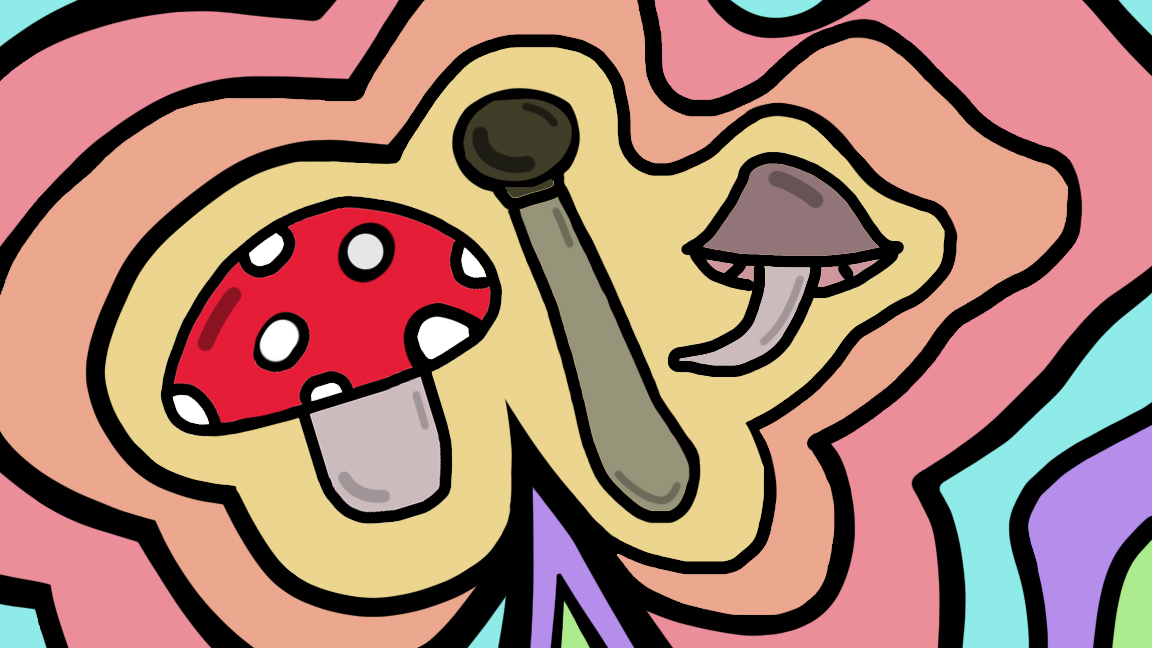 If passed, D.C.'s Initiative 81 would stipulate that law enforcement should at least attempt to deprioritize arrests for the possession of certain psychedelics. (Illustration by Daisy Grant/The Diamondback)

This election season has been anxiety-inducing for many, but in Washington, D.C., voters will have the opportunity to vote on something a bit more fun. This November, D.C. residents will cast their ballots to decide the fate of Initiative 81, which would shift the prosecution of crimes related to psilocybin (“magic”) mushrooms and several other plants and fungi to be “among the lowest law enforcement priorities,” according to The Campaign to Decriminalize Nature D.C.

The initiative’s passing would be a victory for advocates and activists who extol the potential medical value of psychedelic drugs.

This referendum has other points of comparison around the country. New Jersey, Arizona, Mississippi, Montana and South Dakota will all be voting on various ballot measures regarding cannabis legalization in November. Oregon will vote on more wide-reaching measures — Measure 109, which would legalize the supervised manufacture, delivery and administration of psilocybin by licensed facilities, and Measure 110, which would eliminate criminal penalties for possession of specified quantities of controlled substances such as heroin, methamphetamine and cocaine.

It’s crucial to point out how drastically different D.C.’s Initiative 81 is from Oregon’s Measure 109. The D.C. initiative is conservative in comparison — Initiative 81 stipulates that law enforcement should at least attempt to deprioritize arrests for the possession of certain psychedelics, whereas Oregon’s Measure 109 would legalize the distribution and consumption of psilocybin in certain settings. The district’s initiative, rather than creating a distribution method for psychedelics and allowing their use, would simply allow patients to stop living in fear of being prosecuted for using a potentially beneficial treatment.

Congress, as usual, is one of the largest barriers that D.C. faces in its battle for progress. Rep. Andy Harris, the only Republican in Maryland’s congressional delegation and a notable big pharma stooge, helped lead the charge to prevent the city from executing the will of its residents.

After D.C. voted to legalize recreational cannabis in 2014, Congress passed a spending bill that included a legislative rider that prohibited the district from using funding to “enact any law, rule or regulation to legalize or otherwise reduce penalties associated with the possession, use, or distribution of any Schedule 1 substance.”

Harris, as one could assume, is not a fan of Initiative 81. He said, “Public health has to be maintained. We know, of course, once you make it a very low enforcement level and encourage prosecutors not to prosecute it, what would prevent people from using hallucinogens, getting behind the wheel of a car and killing people?”

That Harris has been such a skeptic of drug liberalization is, honestly, infuriating. While the classic acid horror story — a person drops acid, thinks that they can fly and jumps off of a building — does occasionally happen, available research indicates that these circumstances are extremely rare and generally occur with individuals who are predisposed to certain mental illnesses. Harris should think about giving psychedelics a try sometime — maybe he’d mellow out!

Drug prohibition has clearly failed. D.C. voters should pass Initiative 81 in order to prevent many D.C. residents from being prosecuted due to a victimless crime, and Congress should loosen its restrictions on the district and allow it to legislate itself as it sees fit (maybe a little bit of statehood, as a treat?). It’s high time to end the War on Drugs and its ill-informed logic — so turn on, tune in, drop out and vote for progress.