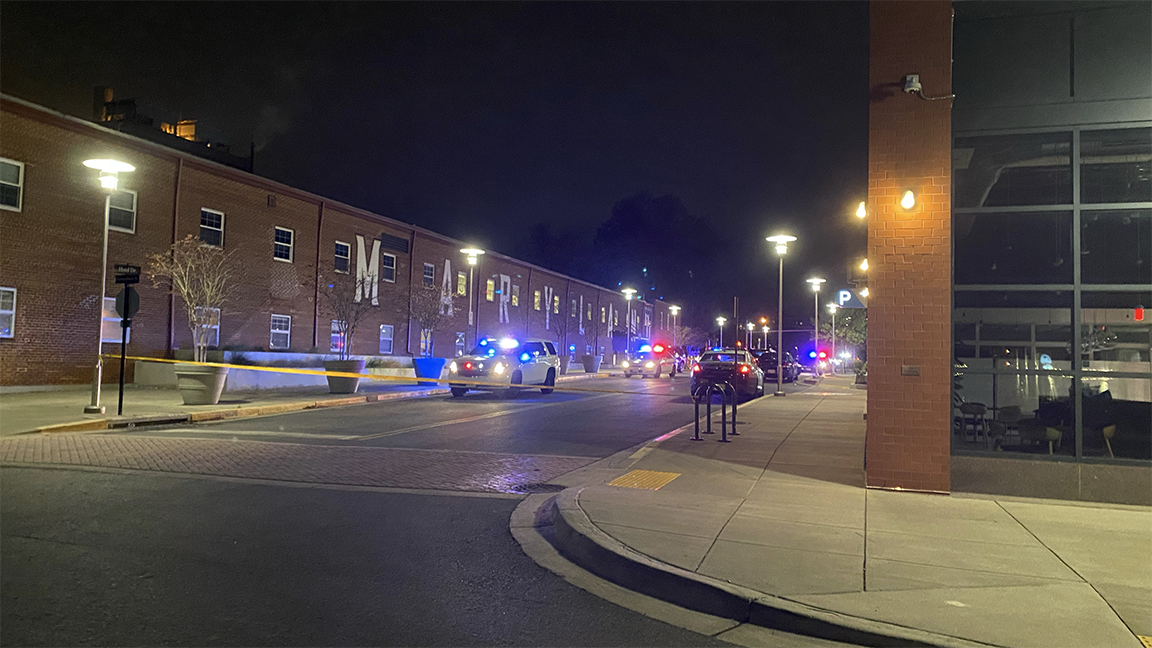 Police are investigating a shooting near The Hotel on Oct. 31. (Maddy Peek/For The Diamondback)

Seven adults were shot during a party inside The Hotel at the University of Maryland Saturday night, police say.

The people who were shot were transferred to a local hospital, said Cpl. Nicholas Clayton, a Prince George’s County Police Department spokesperson. Five have since been released, according to a county police release, and two are still hospitalized with non-life-threatening injuries.

University Police assisted county police with scene security and traffic control, and they provided first aid to one of the victims, he wrote. There is currently no information about whether any of the victims are affiliated with this university, he wrote.

University Police issued a community alert at 11:30 p.m. regarding the hotel room shooting. Police were initially searching for an individual with a black puffy coat and a shoulder bag that read “super drive.”

County detectives have since identified two persons of interest, and they are still investigating a motive, the release read.

Breaking: @PGPDNews has confirmed that there was a shooting on the 7000 block of Baltimore Avenue, near the Hotel. Police are on the scene and investigating the motive of the shooting and how many victims there are. Story to come @thedbk