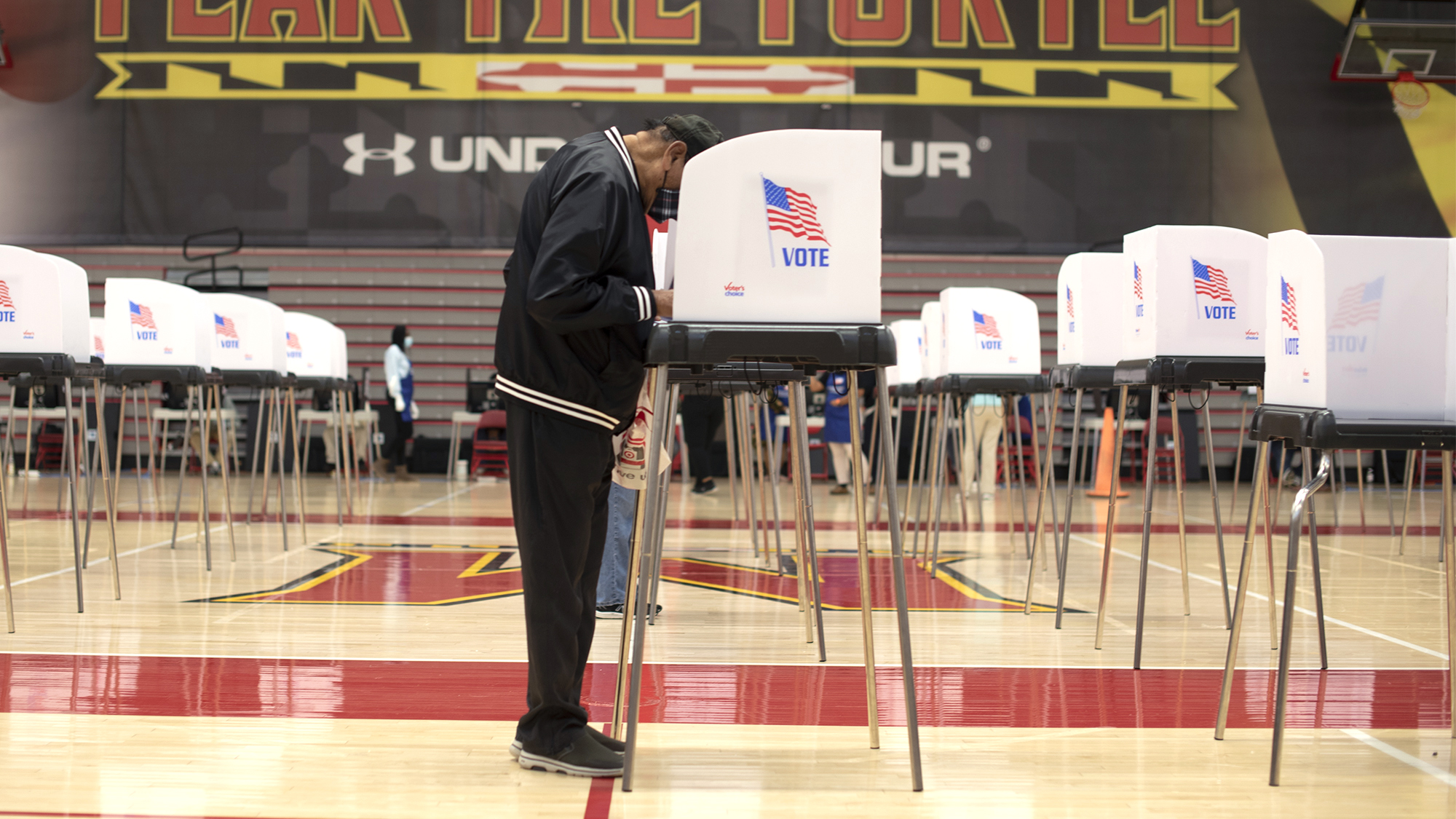 An early voter fills in their ballot in the Xfinity Center's Pavilion on Oct. 27, 2020. (Eric Harkleroad/The Diamondback)

In the upcoming election, polling experts expect a significant decline in the amount of third-party support. I imagine some part of this can be attributed to the high stakes of the election; it could also be the result of President Trump’s relative unpopularity. Despite this, I still see a remarkable amount of anger and criticism directed toward those who have announced their support for a third-party candidate.

Voices on all sides of the political spectrum will claim these voters are responsible for their candidate’s loss or accuse them of not taking the election seriously. Criticisms like these are a misguided and counterproductive attempt at winning over third-party voters. We should stop attacking those who refuse to support a major party candidate.

I’ll begin with what I consider to be the most unfair and pernicious criticism directed toward third-party voters — that their choice only takes votes away from the major party a given person supports. On its face, this statement is simply not true: It presupposes that a third-party voter would have supported a major party candidate had there been no other option. This is not always the case, since voters against both parties have the option to not vote at all. Saying this assumes that not only do people have a civic obligation to vote, but also an obligation to vote for one of the two major parties. This is not something I am comfortable saying.

At a more concrete level, this statement again fails to hold up. Looking at 2016, it is true that in key swing states, such as Florida, the margin of victory for President Trump was less than the combined support for third-party candidates Jill Stein and Gary Johnson. But, for this to be indicative of the negative impact of third-party candidates, you would again have to assume these candidates’ supporters would have primarily voted in one way had they been left no other option. Polling from the last election does not support this claim; one poll found that 42 percent of voters that supported either Stein or Johnson had no preference between the two major party candidates.

Another criticism people make toward third-party voters is that by voting for a candidate without a chance of winning, you are “wasting” your vote. While there is no denying that third-party candidates are unlikely to be competitive in this coming election, it is not clear how this means we can characterize these votes as wasted. It is hard to imagine that third-party voters are operating under the assumption that their candidate can win. Rather, it seems more likely that they are using their vote symbolically to voice their support for a party or candidate that better represents their values. This act of symbolic voting is inherently meaningful to those who feel like they are not represented by any of the other options.

In another sense, how is this rationale any different than that of a Democrat who supports their party’s candidate in a deep red state? Each year, people vote both in primaries and general elections where they know the candidate they choose will not win. Their reasons may vary, but I find it unlikely that this is done by people who feel like their act of voting is meaningless. A vote for a third party is not a waste of a vote — at least not to the people who are actually casting the ballot.

In fairness to those who make arguments like these, I recognize there is a pragmatic component to the way most people vote. There are undoubtedly plenty of voters upset with the two-party system that end up casting a ballot for one side or the other. It seems unfair to me, however, to expect each person to make this kind of decision, especially when it means voting for a candidate that violates one’s principles.

None of this is to say that third-party voters are immune from criticism. Instead, we should be treating third-party voters in the same way we would scrutinize the choices of any other voter. Individual people can disagree about which candidate to vote for, but to argue that it is wrong in and of itself to vote for a third party seems both unhelpful and undemocratic. If you want to criticize someone who votes symbolically for the Green Party, or for a former president who has been dead for 16 years, criticize the message it sends and not the act itself.