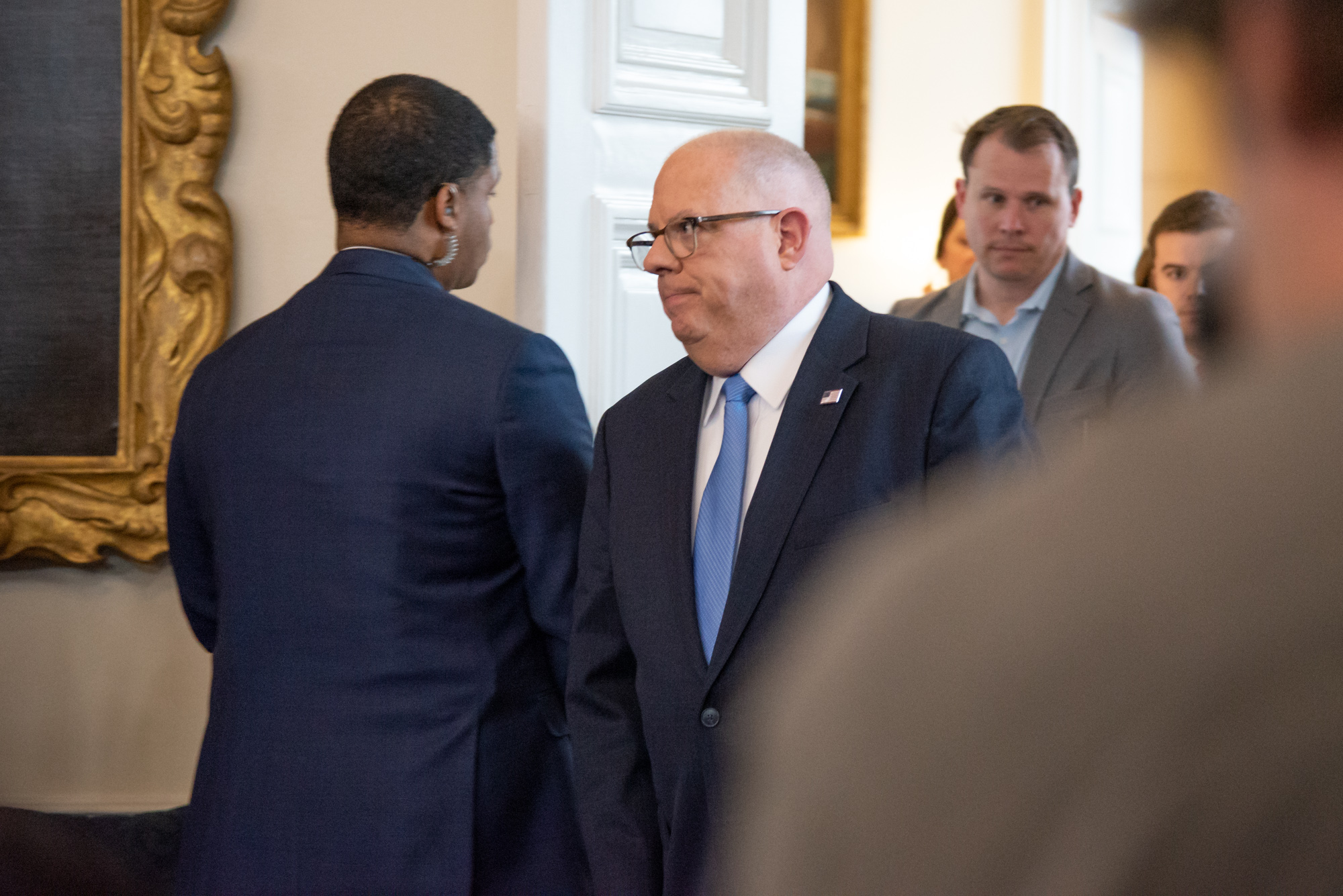 Maryland Gov. Larry Hogan enters to speak at a coronavirus press conference in Annapolis on March 12, 2020. (Matt McDonald/For The Diamondback)

In August, after weeks of back and forth with the State Board of Elections, Maryland Gov. Larry Hogan authorized a plan that would bring significant changes to the upcoming elections. The approved plan included a reduction in the number of polling locations across the state by about 80 percent, the largest cuts by any state.

Hogan’s approval came despite his own concerns about the potential of these cuts to create long lines and unsafe crowds. With concerns like this, it begs the question why Hogan would support a plan like this in the first place.

Hogan also decided not to support an initiative that would have sent every registered voter a ballot.

Hogan’s approved plan has some voting rights activists worried. Though increased early and mail-in voting may reduce the strain on the polling places that do remain, it will likely not be enough to prevent the long lines we have come to expect on Election Day.

These cuts mean voters will likely face longer lines, increased wait times and an overall sense of confusion about the new locations of polling places. Hogan can try his best to shift responsibility for these shortfalls elsewhere, but he and the Board of Elections are the ones ultimately responsible for ensuring a safe and fair election.

Though these decisions will impact voters all across the state of Maryland, they’re expected to be felt more significantly by voters in Baltimore City and more rural counties. The number of polling locations in Baltimore City has been cut by 90 percent, meaning longer lines and increased travel time in a majority-Black city that is heavily reliant on public transportation. For those who need to use public transportation on Election Day, there is also the concern of being exposed to COVID-19 while on a longer trip to polling locations.

Transportation is also a problem for rural voters who may not have the option of driving to another location if their traditional polling place is closed. State Sen. Mary Beth Carozza (R-Somerset, Wicomico and Worcester), who primarily represents rural areas in the state, has argued these cuts to polling locations will disenfranchise rural voters. State Senate Minority Whip Steve Hershey (R-Caroline, Cecil, Kent and Queen Anne’s) said if the lack of poll workers  was a problem, alternative cuts to early voting, for example, would have made more sense. The fact that this kind of criticism has come from both independent and partisan sources provides further evidence that the agreed upon plan does not meet the needs of Marylanders.

Marylanders have a right to know why such drastic changes to our elections are being implemented. Devising an election plan during a pandemic is ultimately about balancing trade-offs, since there are fewer resources and election officials than in previous years. But this does not explain why the state of Maryland has made more cuts to its in person polling locations than any other state, while declining to send out ballots to every registered voter in the way other heavily affected states like California have.

Unfortunately, it’s likely too late for anything significant to be done about it. At an individual level, it is still important that we are encouraging others to vote and vote early if possible. But these efforts won’t make up for what appears to be clear institutional failure — if this upcoming election is as chaotic as it currently appears it will be, the blame should be squarely placed on Hogan and the Board of Elections.