Feeling stressed about the U.S. election? Look to Bolivia. 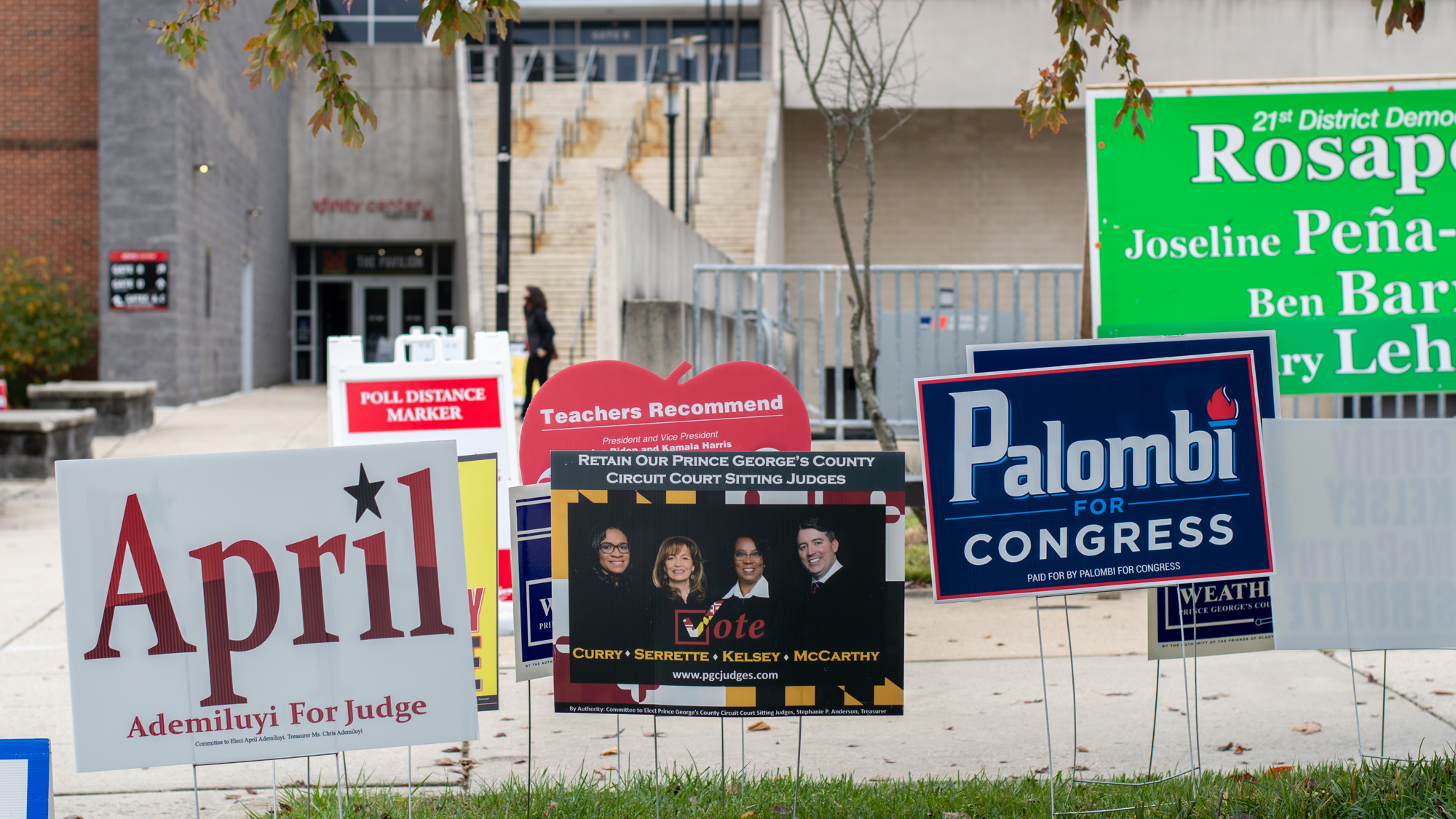 A collection of political signs outside the early voting center in Xfinity Center on Oct. 27, 2020. (Joe Ryan/The Diamondback)

With just a week until the election, it feels like we’re hurtling into the unknown. The two-party system is forcing American voters to choose between two bad options — many voters, while adamantly anti-Trump, are rightfully unenthusiastic about Joe Biden’s candidacy and unsure if his presidency will measurably improve the lives of marginalized people.

Additionally, evidence of blatant voter suppression throughout the United States is mounting, and even if the opposition wins, there is no certainty that President Donald Trump will peacefully relinquish power. Will this election be legitimate? Does anyone even know anymore?

Enter Bolivia. Just a little over a year ago, then-President Evo Morales attempted to extend his term as president and was forced by the military to resign. This came after many Bolivians took to the streets accusing Morales of election fraud, and after Morales then promised to redo the election and reform the electoral commission. Under Senator Jeanine Añez, an interim right-wing government was formed, and the government promised the Bolivian people they would have their election redo.

However, the government targeted Indigenous dissidents, journalists and doctors across Bolivia, delayed elections twice and was accused of grossly mismanaging the Bolivian economy and the COVID-19 crisis. The Bolivian people — faced with an emboldened regime, an authoritarian climate and the prospect of not having their needs met by those in power — took to the streets yet again in massive general strikes and blockades that extended throughout August and pushed the interim government to finally hold elections. In a resounding victory, the Movement Towards Socialism party defeated the interim government, and the Bolivian people were finally able to choose their leader.

Bolivia’s situation is not exactly the same as ours — for one, the U.S. supported the coup in Bolivia and Joe Biden is certainly not Luis Arce, the Bolivian president-elect — but I think we can look to the courage and conviction of the Bolivian people for an example of how to prepare for the prospect of post-election power plays that could draw massive protests and retaliatory violence.

Like Bolivia, our political climate is authoritarian and heavy with unrest. Police and federal authorities are cracking down on protesters throughout the country — Washington, D.C., police, for instance, have already stocked up on $130,000 worth of tear gas in preparation for “election unrest.” On top of this mobilization of law enforcement, both candidates have voiced their resounding support for the same officers who are gassing and shooting protesters in cities across the United States.

With all this in mind, it appears there is very little hope of a peaceful resolution to any kind of electoral crisis that may occur in the next couple weeks. And, even if Biden does win and there is a peaceful transfer of power, what will happen to those who have been out in the streets for months demanding that police be defunded and abolished? If Biden doesn’t target them, will he listen to them even after he promised he’d increase police funding? These uncertainties are exactly why we should take a page out of the book of the Bolivian people and plan to hold massive, sustained protests in the face of an uncertain election, a failure to relinquish power or a targeting of dissidents and protestors by the state.

While the Bolivian people ultimately chose a new leader at the polls, their constant, unyielding efforts to demand what was denied to them for a year are what allowed them to force concessions from the government and challenge authoritarianism in their country. As we approach the 2020 election, we should remember the courage and strength of the Bolivian people and understand that if we truly wish to banish authoritarianism, we must embrace sustained tactics of direct action with clear goals.