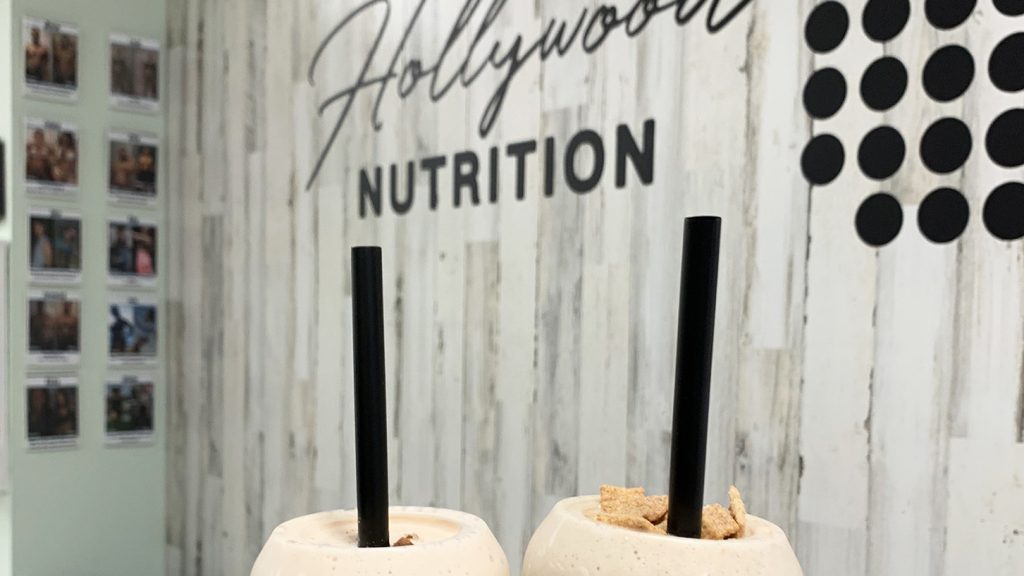 By Roya Mehrbakhsh
For The Diamondback

I’ve found most shake shops can’t bridge the gap between tasty and healthy. But Hollywood Nutrition, a Black-owned small business in College Park, can.

The store, which opened in July, centers its business around protein shakes. According to the menu, Hollywood Nutrition’s shakes have a similar amount of protein as one fillet of baked cod, as well as plenty of vitamins C, E and A, calcium and potassium. The store also offers “energizing teas,” as well as high-protein donuts that customers can preorder and pick up on Tuesdays.

Hollywood Nutrition’s shakes are exceptionally creative and mouthwatering. And the store constantly comes out with new products that align with the season — the menu options are endless.

In September, I visited the shake shop in Hollywood Shopping Center so my boyfriend and I could make use of the free shakes the shop was offering customers on their first visit.

The shop was very well-lit and organized, offering an aesthetically pleasing atmosphere. I noticed upbeat, trendy music in the background, and along one wall, there were before and after progress pictures of people who have gotten in shape. The workers I’ve met so far have been extremely nice and welcoming.

I decided to try the Pumpkin Praline Pie shake, off the store’s new fall menu. My boyfriend chose the Cinnamon Toast Crunch flavor.

The pumpkin and cinnamon flavors were strong. These shakes could definitely pass as regular shakes — and they were maybe even more delicious. The consistency was not compromised: They were thick and smoothie-like, and each sip tasted full of flavor, not of ice. Both shakes were sweet but not overwhelmingly so. And while you can tell it has protein, the sweetness masked it very well. There was a perfect balance of everything a smoothie should be, and the best part is, it’s delicious and nutritionally beneficial!

Last week, I made another trip to Hollywood Nutrition to try out the new Halloween-themed shakes. This time, I got the Screamsicle, and my boyfriend got the Graveyard.

The Screamsicle tasted like pumpkin pie, and the Graveyard tasted mostly of chocolate. The Screamsicle was slightly less thick than the Pumpkin Praline Pie shake, but it was still a good consistency. The Graveyard was quite the opposite; it was a lot thicker than any of the others I tried.

I would definitely recommend Hollywood Nutrition for anyone serious about consuming a lot of protein while keeping their palette fun. Why eat chicken when you can drink a delicious shake?