There’s just too many sports to watch right now 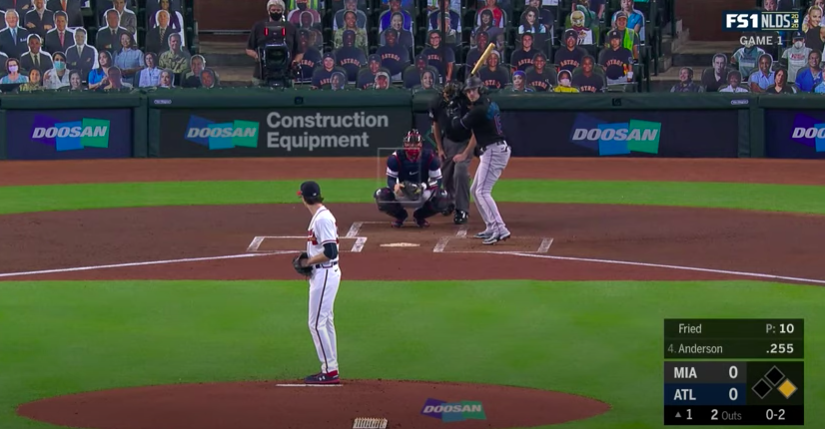 There’s a daily problem in my apartment right now. With five people living here at the moment, we all usually end up crowded around the TV at night. We’re all sports fans, so it’s only logical that we’d want to watch whatever game was on. But therein lies the problem: almost every major sport is on at the same time, so it’s impossible to watch something that makes everyone happy.

It wasn’t always this way. For a few months this year, sports weren’t really a thing. The coronavirus caused all major leagues in the US to shut down, leaving a gigantic entertainment gap for those of us who were eagerly looking forward to watching enormous athletes dunk on, pitch past and give concussions to their fellow players.

Major League Baseball was the first to return in late July, but it looked a hell of a lot different. The normal 162-game season was truncated to just 60, the playoffs were expanded to include more teams in wild card rounds and measures were taken to make sure the notoriously protracted game lengths were brought down (including, most controversially, automatically putting a runner on second during extra innings).

Pretty soon afterward, other major sports resumed their seasons as well, though it hasn’t necessarily been smooth sailing. The St. Louis Cardinals had 19 games postponed when players and staff fell ill with COVID. The only way they could make up their schedule by the end of the season was to play a ton of doubleheaders in the back half of the season. All in all, over 40 games were postponed due to players and teams testing COVID-positive.

But despite the postponements, it was exciting to see sports return. There was a solid four-month long hole in the collective sports fan psyche: no games, no trade rumors, no gossip for ESPN shows such as Pardon the Interruption to base their content around. When they came back, even if it was tenuous, it was a welcome sight.

At first, it was like we had been blessed. Any minute of any day, we could turn on the TV and someone would be playing. But then came a problem that many fans wouldn’t have complained about before: oversaturation. There were just too many sports going on to keep up.

The beauty of the major sports leagues is that they overlap while still remaining spread out throughout the year. But this year, since everything was disrupted for a while, we got everything at once. The 2020 MLB season started just seven days before the 2019-2020 NBA season started back up, and the NHL resumed its season two days after the NBA did. It was starting to look pretty crowded.

It all peaked on Sept. 10, with the fabled sports equinox. A sports equinox is when all four major US sports (baseball, basketball, football and hockey) have games scheduled for the same day. It’s a relative rarity: before 2020, it had only happened a small handful of times in history. But in 2020 there were at least two, and the possibility was there for more to occur.

The equinox on Sept. 10 was especially jam-packed: 12 MLB games, the Lakers vs. the Rockets in the NBA Western Conference semifinals, the Golden Knights vs. the Stars in the NHL Western Conference finals, and the first game of the NFL season between the Texans and the Chiefs. But that was just the four major leagues. There were also WNBA games, MLS games, a PGA Tour event, college football games and the US Open Women’s Singles semifinals. Some tough decisions were made by sports fans that day.

Here’s a relatively childish analogy: What happens when you eat too much candy? It’s great at first! But soon, it starts to get old and makes you feel sick. I didn’t think any sports fan was ever going to complain about too many games happening at once. But from personal experience, I’ve seen some big sports fans rankled by the constant overlap, requiring one game to be put on the TV, a few games to be streamed on laptops and even more games to be put on the TVs in our rooms. Being inundated with sports was never a curse, but it’s still impossible to keep up with.

And the real shortsightedness of this is still to come. Both the NBA and the NHL are going to attempt to play catch-up with their normal fall-to-spring schedules by aiming to start their next seasons only a few months after their previous seasons ended. I have no idea what this is going to do to athletes who have to deal with this quick turnaround, but it’s going to be strange to have a few months’ stopover for these sports only to have them potentially return before their normal start dates.

How is this going to affect sports in 2021? It’s hard to tell, but as a viewer of our current mammoth cluster of games happening nearly every day, I never thought that I wouldn’t be excited to see this much content. Maybe it’s time for another short break. As it turns out, too much of a good thing isn’t always a good thing.