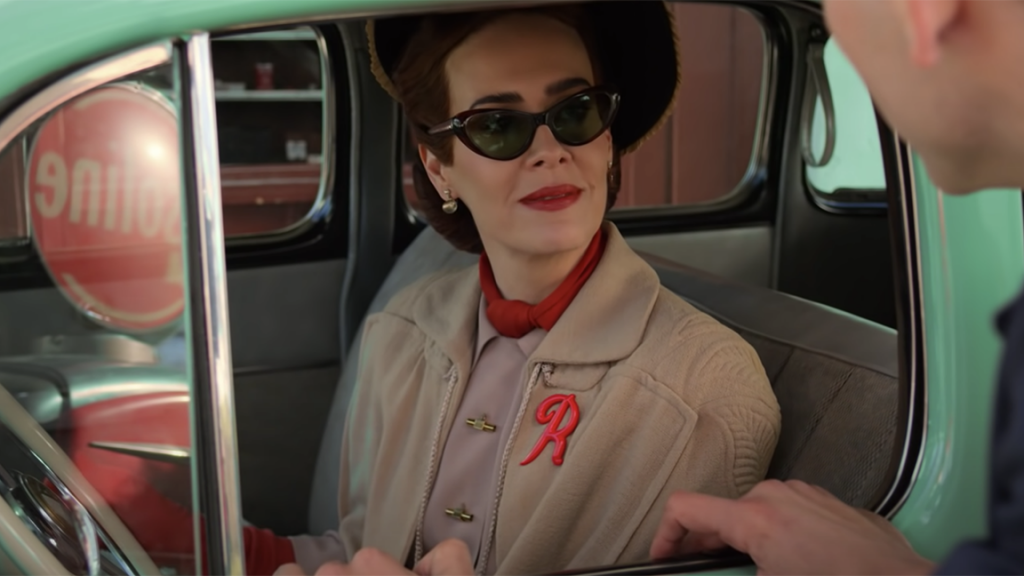 The first season of 'Ratched' is available on Netflix. (Photo via YouTube)

Ryan Murphy fancies himself a period piece. When some of his hit television shows come to mind, I think of the stunning aesthetics that pull you in right from the start.

Of course the set design, fashion and cinematography all play an important role in establishing any story. But pretty things can only placate me for so long — and this was abundantly clear in Murphy’s latest Netflix series, Ratched.

Ratched is the origin story of the malevolent nurse Mildred Ratched character from the novel and 1975 film One Who Flew Over the Cuckoo’s Nest. Like Scream Queens and American Horror Story, I was pulled in by the intriguing concept and noteworthy casting, and with Sarah Paulson as the lead, I knew I was in for a commanding performance.

Unfortunately, the concept and casting can’t be the only driving forces. Like some of Murphy’s earlier works, the pilot episode sucks you in with a pretty captivating story. But the series quickly unravels into complicated, overlapping backstories that ultimately hurt the plot. I’m familiar with this feeling — it’s stopped me from finishing a Murphy series plenty of times in the past.

I won’t downplay his ability to set a scene, though. Ratched takes place in the late 1940s, and the colorful fashion and meticulous set designs play that up. The nurses in Lucia State Hospital don bold, Tiffany blue uniforms. The psychiatric hospital’s common area looks more like the lounge of a luxury hotel, capitalizing on the swanky aesthetics of the era.

I was sucked in by the fast-paced camera angles and dramatic lighting choices. It felt especially theatrical during the moments when the lighting rapidly switched to a red hue to signify a character in distress. Conversely, some scenes had green lighting to indicate a beneficial moment. This mainly happened earlier in the series, such as when Ratched walks in on another nurse having an affair with a doctor.

[Carole Baskin, ‘Dancing with the Stars’ and the new era of stunt casting]

But the flashy nature of the show couldn’t make up for the disheveled storylines. When it comes to prequel adaptations like Ratched, of course, some flashback scenes are necessary. The show cuts back to Ratched’s gruesome experience as a nurse in the Army, giving more insight into how the titular nurse came to be.

Including backstories for supporting characters, however, felt like a disingenuous plot device. Some characters were connected in ways that were advantageous to Ratched’s plan to free her brother from the hospital. A man Ratched had an affair with at the motel she was staying at also happened to be the hitman hired for revenge on Dr. Hanover, the hospital’s director. This gave her the opportunity to play both sides. Ratched was able to give the hitman the intel he needed — while also informing Hanover of the threat, effectively upping her rank in the hospital.

These convenient connections likened the series to nauseating films such as Valentine’s Day and New Year’s Eve, where all the characters are magically intertwined somehow. An overarching theme in the show is Ratched’s cunning ability to get others to do what she wants. But it doesn’t seem that impressive or natural when these characters and their personal conflicts are practically thrown into her lap.

About 20 minutes into the season finale, it felt like all the dizzying loose ends in the plot were being tied up appropriately. In retrospect, this was pretty naive. Of course, the first season of Ratched wouldn’t come to a sensible end. Some way, somehow, Murphy needed to drum up intrigue for a second season.

Condensing this origin story to one movie, rather than a series, could’ve solved the faulty plotline issue. If the series continues, I may tune in, just to see how Ratched develops into the stern character from the book and film. But I know to expect a continuation of this clusterfuck of a first season. +