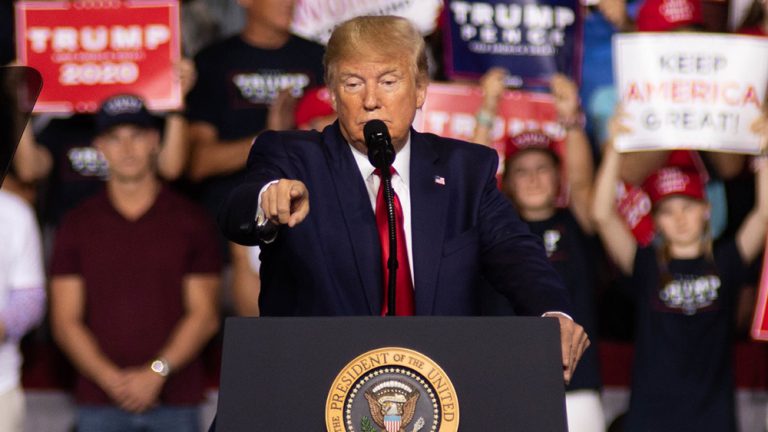 Last week, President Trump announced his latest attempt to appeal to right-wing voters, less than two months before the 2020 presidential election. Standing in front of original copies of the Constitution and the Declaration of Independence, he announced a new initiative aimed at promoting “a more patriotic education,” dubbed the “1776 Commission.”

Implementing “a more patriotic education” threatens to further disregard the importance of learning about social issues in education. The humanities and social sciences allow students to develop the ability to think critically, question authority and address social justice, inequality and race. Both fields grapple with the uncertainties and complexities that come with being human, while simultaneously increasing empathy and understanding for one another.

In Trump’s terms, a “patriotic education” encompasses a “pro-American curriculum that celebrates the truth about our nation’s great history” and encourages teachers to educate students on the “miracle of American history.” He wants to get rid of the “decades of left-wing indoctrination,” which he described as an insult to the country’s founding fathers. In other words, he wants schools to stop teaching about the racist, sexist and xenophobic history of America, structures that still exist today.

Throughout his speech last Thursday, Trump made specific jabs at university students who are being “inundated with critical race theory.” He went on to say that it’s “a Marxist doctrine holding that America is a wicked and racist nation, that even young children are complicit in oppression, and that our entire society must be radically transformed.” In reality, this academic theory is the framework through which racial issues are taught in the social sciences and humanities.

Trump’s attacks on critical race theory in a time of a decline in the humanities and social sciences has the potential to jeopardize advancements in the current reckoning with racism. The deaths of George Floyd, Breonna Taylor, Tony McDade and countless other Black people due to police brutality sparked a global outrage; the result has been a global dialogue and movement against systemic racism and in support of not only Black Americans, but also Black people across the world.

This country needs to double down on, not back away from, the kind of social justice learning the past few months have fostered. K-12 educators across the nation must fight against this idea of “patriotic education” and open students’ eyes to America’s grim history. And beyond the immediate steps to fight Trump’s plans for a “more patriotic” education,” all students should have a deeper historical understanding of our nation’s deeply entrenched systemic racism; this could take the form of general education requirements that allow students to take humanities and social sciences courses grounded in critical race theory.

The 1776 Commission is Trump’s latest attempt to validate America’s already poor understanding of our own history. The United States needs young minds with an adequate understanding of the past — and the critical thinking skills to change the present.