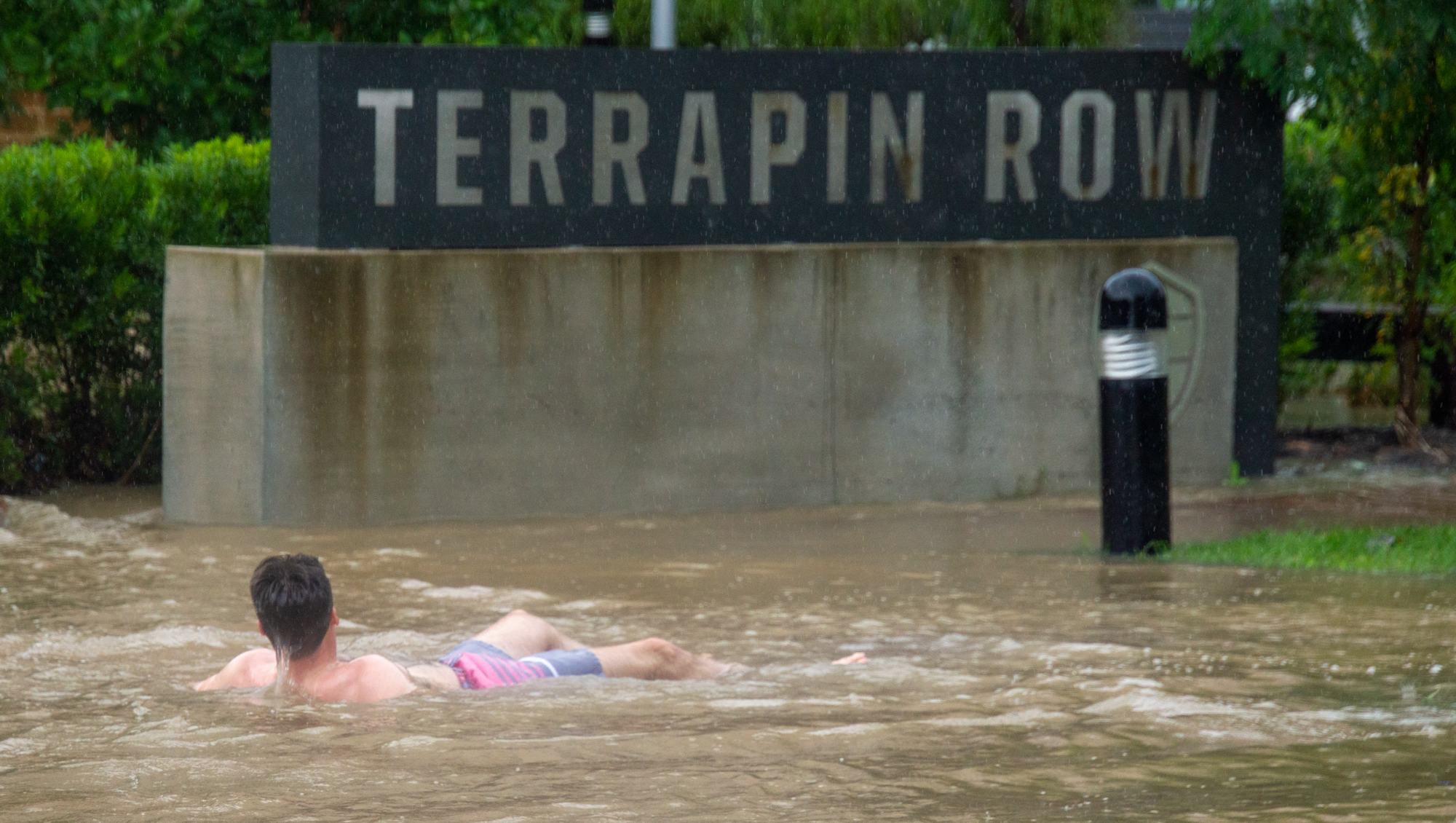 A resident of Terrapin Row takes a swim in the floodwaters of Guilford Drive during the storm on Sept. 10, 2020. (Joe Ryan/The Diamondback)

The National Weather Service issued a flash flood watch at 1:15 p.m., and it has extended the watch until 8 p.m.

A four-story building near Terrapin Row was reported to be struck by lightning at about 2:25 p.m., according to a tweet from the College Park Volunteer Fire Department. Two College Park units responded to the scene, the tweet read.

In a video tweeted by the Prince George’s County Fire/EMS Department, spokesperson Jennifer Donelan said that many areas of the county, including College Park, Hyattsville and Riverdale, have flooded roads and standing water.

During the storm, University of Maryland Police tweeted that several College Park roads were closed due to flooding. While some roads have since reopened, several, including a section of Campus Drive between the Maryland Fire and Rescue Institute and College Park Metro, remain closed.

The traffic lights at the intersection of Adelphi Road and University Boulevard were also out, according to another tweet from University Police.