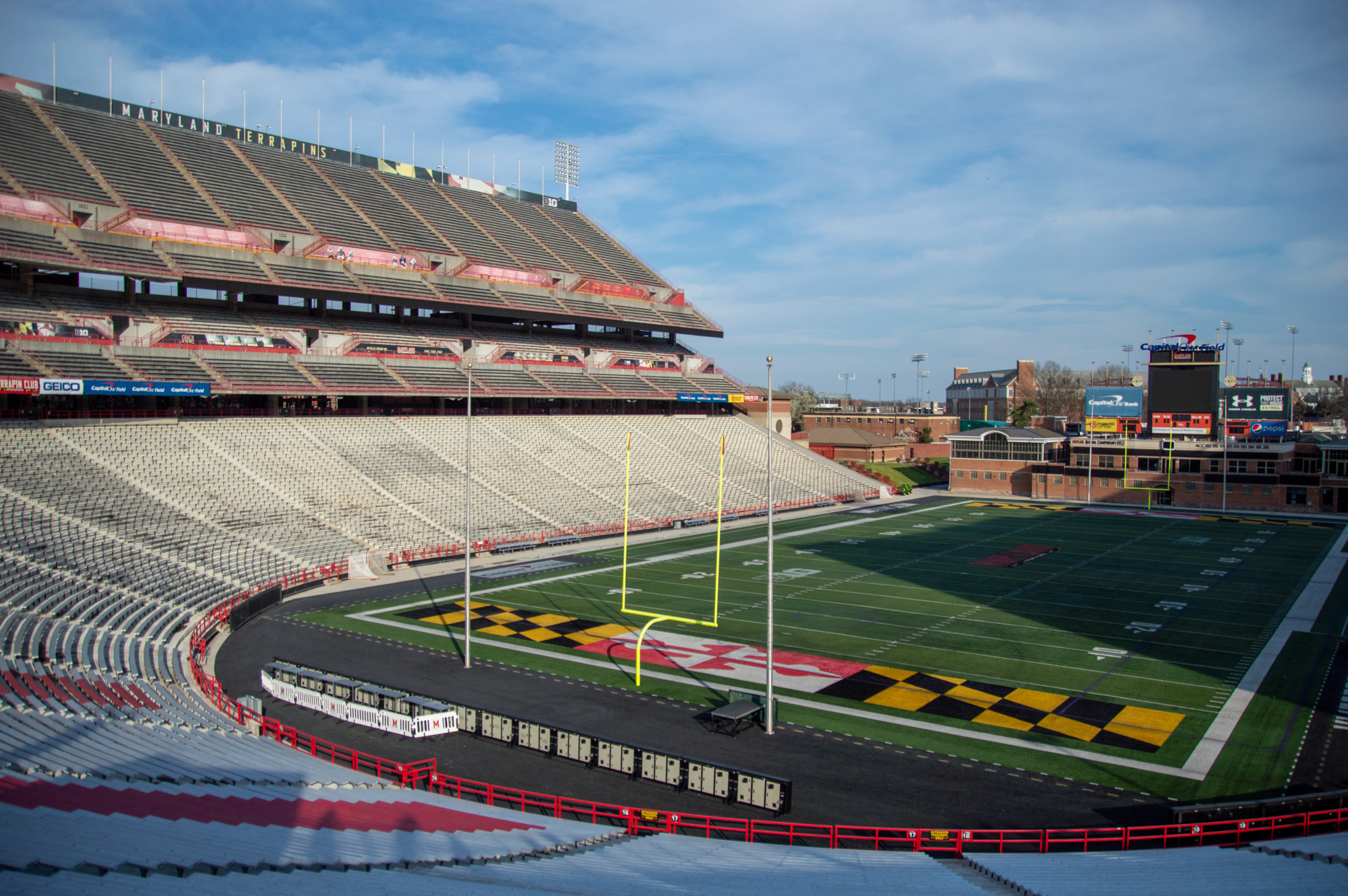 Maryland Stadium has already had its last event of the semester as it sits empty on March 19, 2020. (Joe Ryan/The Diamondback)

In March, senior college athletes were faced with a tough decision. With the 2020 season cut short, the NCAA granted all spring-sport student-athletes an extra year of eligibility.

Thousands of athletes around the country are now faced with a similar dilemma, as the NCAA announced Friday it has decided to extend an extra year of eligibility to all fall-sport athletes.

The ruling came with a slew of other decisions hashed out during a board of directors videoconference Friday. Among them is a pledge to work toward playing fall championships in the spring — something rumored by fans and players alike in the ten days since the Big Ten and Pac 12 cancelled their fall seasons.

The NCAA also announced that schools are prohibited from modifying scholarships for athletes who opt to sit out due to COVID-19, reinforcing a ruling already made by several conferences, including the Big Ten.

Friday’s rulings serve as a logical continuation of the same offer the NCAA extended to its athletes five months ago. Only this time, the national governing body is offering even more flexibility. Athletes will be granted an extra year of eligibility regardless of whether they play in any potential spring season.

This could have major financial implications for universities, institutions that are already projected to experience large losses in revenue this year. However, while institutions are required to uphold all scholarships for the 2020-21 academic year, they are under no obligation to renew the financial aid of those using their extra year of eligibility in the 2021 season.

The transfer portal and roster sizes could also be affected. While athletes — such as Maryland’s DJ Turner — might have previously been incentivized to transfer to colleges that plan to play out fall sports, this new ruling gives them the opportunity to stay put without losing the opportunity to compete.