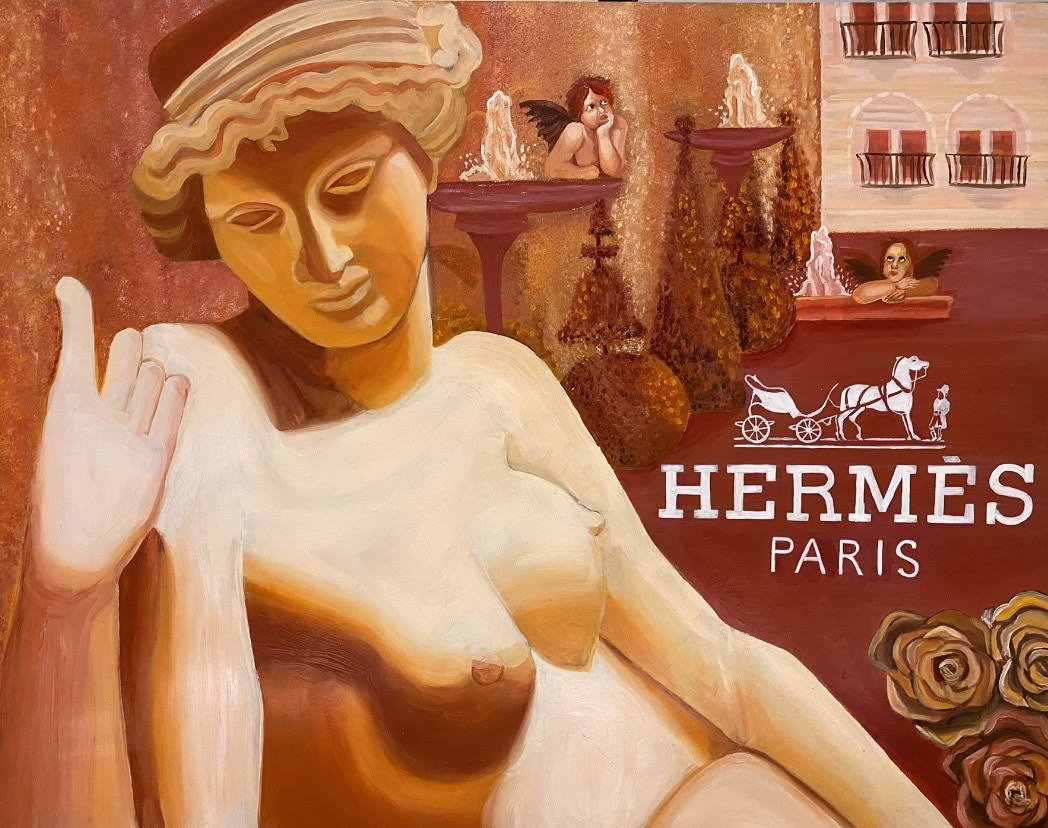 Lenora Blakely
For The Diamondback

Key to maintaining stability in college is finding a healthy balance of academics, social life, work and personal fulfillment. For a while, I lacked a sense of personal fulfillment and managed to find it only after a long series of trial and error. I’ve had a passion for painting my entire life, but I had only done it in the confinements of a studio art class community. Not many of my friends at the University of Maryland were interested in painting, so I went on a search for a community of casual artists to join.

My first attempt was enrollment in an ARTT110 class my freshman year. Although I was beyond ecstatic as I pictured a continuation of my high school’s high-ceilinged bright green art room at the top of the school, I was met with a different environment.

I found the classroom to be super colorless, ironically, and the only seating was uncomfortable stools that could be better used for shoe-fitting at Payless. The professor read out a list of rules, the main disappointing one: “No music.” Drawing in dead silence is downright torture for me, and it was a deal breaker.

After the 2-hour-and-30-minute syllabus overview and a discussion unpacking the significance of a triangle, I was drained. I dropped the class that night. I knew that maybe if I stuck with it I would get to painting, my true love, in the upper level classes. However, my public health science track would not allow that if I wanted to graduate in four years. So I moved my search online to accommodate my hectic schedule.

There are several organizations on campus pertaining to visual arts, including Youth Art for Healing, Student Art League, and Artsphere that are geared toward painters like me. But I still wasn’t able to fully engage in these organizations, due to the constraints of my schedule and their limited meeting times.

As a solo artist, the only time I have had the opportunity to share my art in an intimate setting with other solo student artists was in “A Very Black Art Show,” an art show hosted by the Black Student Union and The Lunch Table. This experience was intimidating at first because it was the first opportunity I had gotten to engage in an art community, but I immediately realized its value and rarity. Although I was not creating art with my peers, it felt reassuring that many of the student artists resembled my identity as they pursued their passion on the side from their respective majors.

In a conversation with some of my visual artist peers, it was evident that they too could attest to this lack of opportunity of not only sharing their artwork in person but the ability to create art in community settings with other artists outside the art department.

Chisom Ojukwu, a visual artist whose primary medium is colored pencils, noted her personal experiences with finding this community.

“It takes a lot of courage for someone who’s not an art major to seek out other artists who may be art majors,” Ojukwu, a rising senior public health science major, said.

Ojukwu was able to overcome this hesitancy by focusing her efforts on reaching out to artists outside the realm of the art department.

“My boldness helped me with that,” she said. “And the fact that I had my friends who were artists that also helped us seek other people.”

Landen Buckson, a visual artist and rising senior, gave insight into the value that a community of painters can bring.

“Opinions and even criticisms of my artwork … are extremely helpful for me because I learn new things from other people,” Buckson said. “I think that’s one of the huge benefits of having an in-person group that you can rely on to collaborate with.”

Buckson, a finance and information systems major, also noted the effect of community production of art on his creative work ethic.

“When you’re in a work environment and you see everyone working around you, you want to work, too,” he said. “The energy of that space is really focused on just creating and not thinking about much else other than that.”

Adwoa Andoh, a visual artist who primarily shares her paintings through Instagram, shared her perception of a distinction between art department artists and recreational artists.

“Being an art major is entirely different from just having a passion for art and doing that on the side,” said Andoh, a rising senior English and psychology major. “You’re different; your drives are different. And as much as I would like to be able to talk to an art major who’s pursuing art life professionally, I would also like a group of people who are just doing that on the side in their dorm.”

Given that artists everywhere are having to practice social distancing, there is a need to pursue visual arts from the confinements of a home studio. But for solo artists this is business as usual, and I’d encourage them to search for other non-art department artists to form an online support system and art production community on the digital spaces in which they already reside.