Is America even a country anymore? 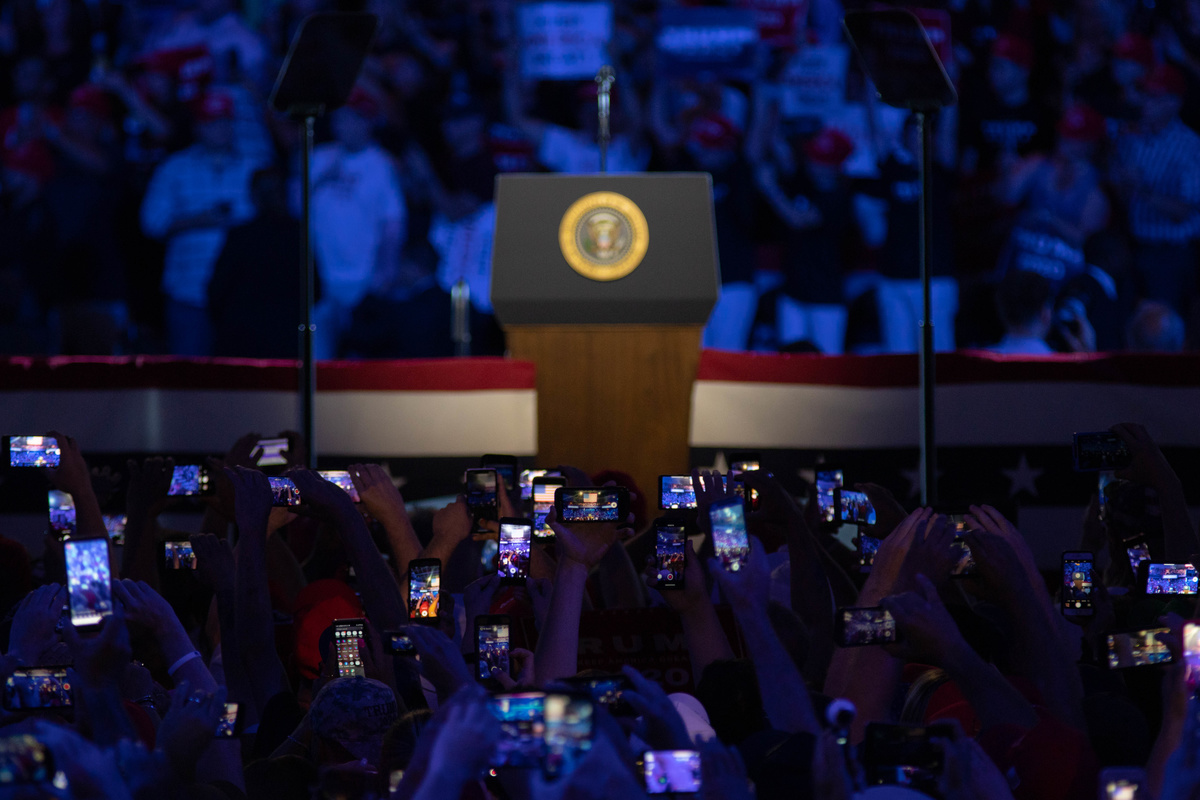 Trump supporters wait for President Donald Trump to come onto the stage during his rally in Manchester, New Hampshire, on Aug. 15, 2019. (Julia Nikhinson/The Diamondback)

I am not terribly good at absorbing staggering amounts of bad information when it all arrives at once. When faced with, say, an aggressive resurgence of the coronavirus in the American South and West, compounded by an emerging homelessness crisis, compounded by the soon-approaching expiration of essential unemployment insurance benefits — well, my brain tends to shut down and settle into a dark fog. It’s been difficult for me to develop a structured understanding of what’s going on and carefully adjust that understanding as new developments emerge. Instead, my analysis has primarily consisted of: “Holy shit, this is bad; holy shit, this is bad.”

In an effort to ground myself in the midst of this intellectual fugue state, I’ve been asking myself really basic, stupid questions: Does the federal government exist? Is anyone in charge? Are we sure America is, like, even a country anymore?

There’s been plenty of discussion lately over whether America is a failed state. It’s a somewhat unproductive discourse; for one thing, the term itself is contested within political science. More importantly, we should reject the notion that states can be categorized according to a clean binary: either functional or failed. Obviously, the United States is not Yemen (although it’s largely responsible for Yemen’s woes); however, it is profoundly, fundamentally defective. It is a failing state — and it’s failing rapidly.

Soon after the arrival of the coronavirus on U.S. soil, the federal government made it clear that it had little intention of responding in any competent way. Many governors, including Maryland’s Larry Hogan, passed much of the responsibility for reopening down to local mayors and county executives. Now, with record case counts being posted almost daily, the president is opting to pretend the virus doesn’t exist.

This devolution of authority is more than cowardice (though it certainly is that). It’s also a symptom of an American policy apparatus that quite simply lacks the capacity to respond to a pandemic. The coronavirus is a stress test for a state hollowed out by decades of austerity. We failed.

As cases surge across states such as Texas, Florida and Arizona, many northeastern states are taking steps to limit border crossings. Meanwhile, many nations — including the entire European Union — have closed their borders to travelers from the United States. Abroad, the U.S. is (rightly) being shut out of the international community; at home we’re starting to resemble less of a unified polity than a loose confederation of tribes. We don’t have the level of vigilante political violence that characterizes many “failed states.” But since George Floyd’s killing, 66 people have driven their cars into Black Lives Matter protesters — and hardly anyone noticed.

Absent a vaccine, it’s hard to see a meaningful public policy response containing the virus in the U.S. The federal government, hamstrung by polarization and poor institutional design, is largely incapable of producing legislative outcomes. Even if we had functional political institutions, neither major party would be all that equipped to manage the crisis. The modern Republican Party has achieved its most authentic expression in Donald Trump, Greg Abbott and Ron DeSantis; they whip up the increasingly incoherent grievances of middle American reactionaries, all in service of policies that only benefit ultra-rich owners (in this case, a psychotic attempt to “reopen the economy”). This has been the GOP playbook for decades, but it’s never been this drenched in American blood.

If Democrats’ wildest electoral dreams come true in 2020, the federal government will see something like the political composition of New York state: a moderate Democratic executive and solid Democratic majorities in both chambers of the legislature. But, despite the media plaudits for New York Gov. Andrew Cuomo’s tough-guy routine, New York’s coronavirus response was a disaster. Cuomo was slow to issue a stay-at-home order, slow to ramp up testing and slow to increase hospital capacity. He issued an order that sent more than 4,500 coronavirus patients into New York nursing homes, where nearly 6,500 residents would succumb to the pandemic. The state has seen more coronavirus deaths than all but four countries. The Democratic response to the pandemic has obviously been preferable to the GOP’s “pro-coronavirus” position, but it’s still the shame of a civilized country.

Of course, this pandemic is only a preface to the real crisis that’ll define the 21st century. America is falling apart at just the wrong time. I hope we can manage to put ourselves back together soon, because it’s getting hot out there.

Max Foley-Keene graduated in the Spring 2020 semester with a Bachelor of Arts in government and politics. He can be reached at maxfkcap2016@gmail.com.