How ‘Hamilton’ highlights lessons to be learned during times of revolution 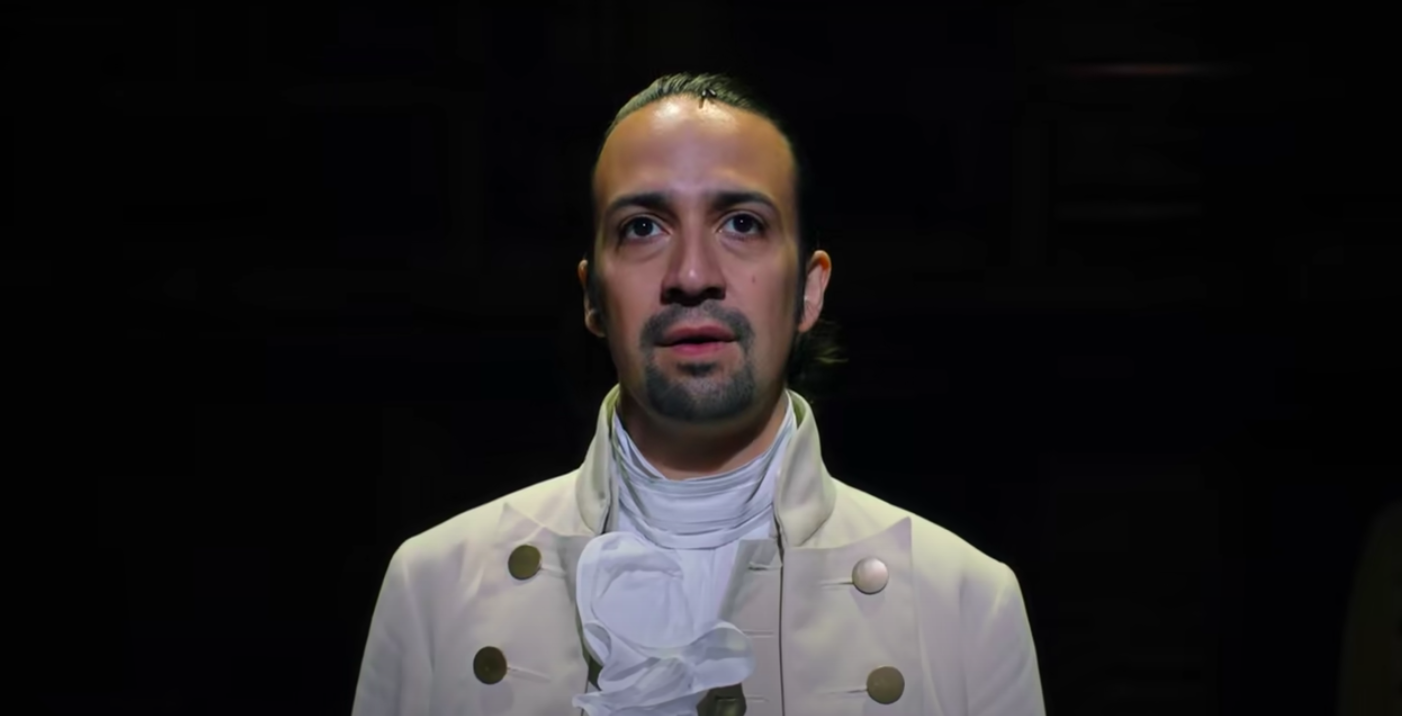 The movie 'Hamilton' is now streaming on Disney+. (Photo via YouTube)

I’ll admit, when Hamilton first debuted, I was one of many theater kids who quickly memorized the entire soundtrack. Normally, I was indifferent toward the musical theater genre, but coming from a long line of history buffs, Hamilton was an exciting new way to look at the Revolutionary War and America’s founding through hip-hop and cultural relevance. The Broadway show premiered in 2015 and has since won 11 Tony Awards, as well as the 2016 Pulitzer Prize for Drama.

Although my mother and I spent weeks entering our names into the lottery hoping we would win tickets, I never had the opportunity to see the live theater performance. Therefore, when Lin-Manuel Miranda, the creator and original star of Hamilton, announced the movie was being released on Disney+ on July 3, my family group chat blew up with excitement.

The movie, which is a recording of three live performances at the Richard Rodgers Theatre in 2016, follows a young Alexander Hamilton (Miranda) on his journey from an orphaned immigrant in New York to the first Secretary of the Treasury. The two-hour, 40-minute film is complete with the tragedies and victories of the American Revolution, the complexities of politics during the creation of the U.S. Constitution and the ups and downs of Hamilton’s personal life, all while keeping the audience engaged with the musical sound of today’s America.

The show mostly surrounds Hamilton’s life, but it also looks at the contributions of the Founding Fathers, such as George Washington (Christopher Jackson), James Madison (Okieriete Onaodowan) and Thomas Jefferson (Daveed Diggs), during the start of the new nation.

The story delves deeply into the life of Aaron Burr (Leslie Odom, Jr.), who is Hamilton’s trusted-friend-turned-enemy. The lively movements and faster tempo of the music when Hamilton is on stage contrasts the lack of movement and more moderate tempo that follows Burr. This highlights Burr’s complacency in the movement for independence and creation of the government, in opposition to Hamilton’s strong opinions and ability to take a stance — a powerful lesson for a time when complacency is no longer tolerated.

Although the set is relatively minimalist and there are no major costume changes or props, the meaning behind the story is still in the detail. It’s hard to miss the fact that the main cast is almost entirely minority-driven and gender norms within the ensemble are broken down — particularly with women taking on roles as soldiers, despite its historical inaccuracy.

In an interview, Miranda said he purposefully created a racially diverse cast to tell the story of America then with a cast that represents how America looks now. The cast is there to bridge the gap between the story and the contemporary audience, he said.

However, for some historians, the show brought up several issues. William Hogeland, one of the contributors for “Historians on Hamilton: How a Blockbuster Musical Is Restaging America’s Past,” wrote that falsely presenting Hamilton as a “manumission abolitionist” allows the issue of slavery to be downplayed.

The show does not, in fact, dwell on the issue of slavery. It is noted a few times in the first act when John Laurens (Anthony Ramos), a known abolitionist and friend of Hamilton’s, is seen fighting in the Revolution to end slavery. Slavery is also mentioned when Hamilton accuses Thomas Jefferson of being wealthy only because he “[doesn’t] pay for labor.” However, the issue is largely left out of the main plot.

Annette Gordon-Reed also reflects on the complications of having Black actors play slave-owning Founding Fathers in her article “Hamilton: The Musical: Blacks and the founding fathers.” Although she understands this could be seen as mockery, she suggests the audience should be able to allow the actors to step out of their identities and still understand the message of the play, which is that the founding era “belongs” to everyone. However, this is complicated further by the fact that it suggests the Revolutionary War era was “white” and that it allows people to ignore the fact that there are no historically black characters on stage.

Despite their criticism, these historians did not question the cultural significance of the musical.

In a recent interview with VIBE correspondent Jazzie Belle about the musical’s significance in today’s fight for social justice, Miranda said the show was never about the statues or monuments of the Founding Fathers.

“We are the inheritors of this country and we get to tell that story, too, and we also get to tell the story of who we want to be going forward,” Miranda said.

Thomas Kail, the director of the Broadway show, followed up by saying if the show is still energizing society, it’s still serving a purpose.

“Nothing in the show lyrically has changed since 2015, but we all have. So what is the thing that resonates within this? What is the line that all the sudden can give voice to what you’re feeling? Because it’s a show about revolution,” Kail said.

Members of the cast have also repeatedly spoken out against the Trump administration and contributed to the Black Lives Matter movement. Daveed Diggs, who played Marquis de Lafayette and Thomas Jefferson, said in an interview that his role made him feel “a sense of ownership over American history.” Diggs also recently released a video discussing the meaning of the Fourth of July to Black people in America as a part of the Movement for Black Lives.

So as you sit down to enjoy the show, ask yourself: What can be learned from “Hamilton,” a musical about taking a stand and fighting systems of inequality, in a time when the fight for justice in America cannot be ignored?