“Now you’re gonna believe us”: What winning the Premier League means to a Liverpool fan 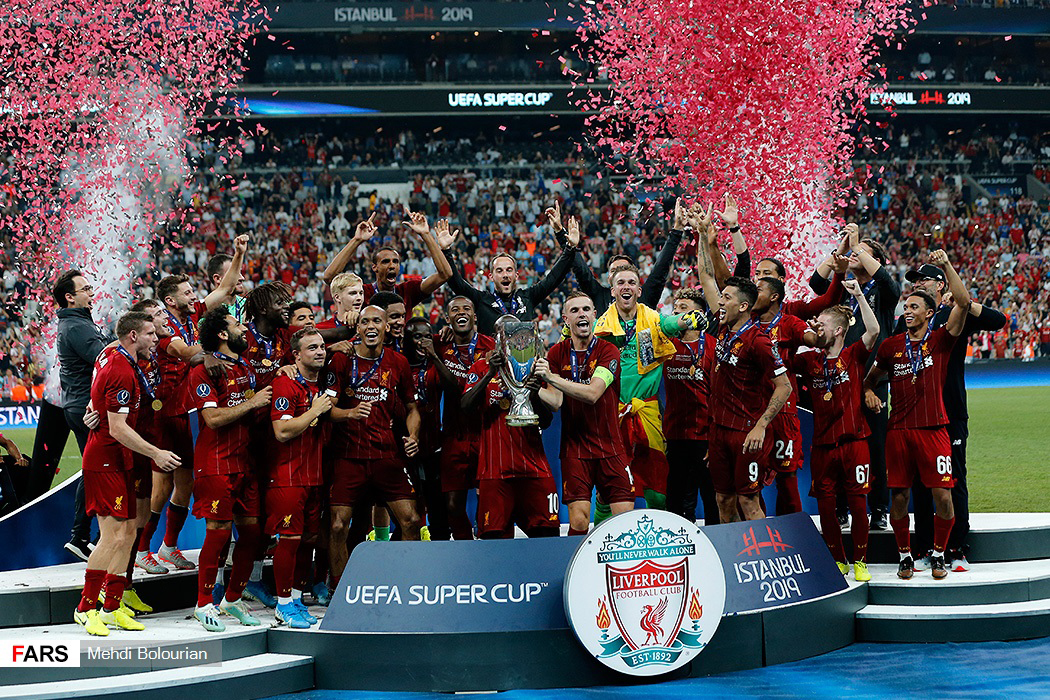 There have been a lot of great moments to be a Liverpool fan this year. One such moment took place Jan. 19, when Liverpool F.C. hosted its archrival Manchester United at Anfield Stadium.

In the 92nd minute, with Liverpool leading 1-0, goalkeeper Allisson Becker hoofed a pass up to winger Mohamed Salah, alone at the halfway line. The forward controlled the ball in stride and made a beeline for goal. He shrugged off United’s Dan James and expertly slotted the ball through David De Gea’s legs for a 2-0 lead. Anfield erupted, Salah ripped his shirt off and Becker ran the length of the field to celebrate.

The win had given Liverpool an effectively insurmountable 16-point lead at the top of the league with 15 games left to play. There were three months remaining, and the title was all but sealed. Pundits started calling Liverpool “champions-elect.” Whenever Liverpool came up in conversation, people would congratulate me on winning the league.

Those people were right. By June 25, Liverpool had sealed their first league win in 30 years. But, back then, on that nervous January day, I didn’t sing along. I couldn’t celebrate, I couldn’t agree.

Liverpool hadn’t won a first division title since 1990. At the point of their last win, they were quite comfortably the best team in England. But poor managers, underwhelming seasons, far stronger opposition and, frankly, bad luck derailed Liverpool’s momentum.

They had come close numerous times. In 2009, they were battling with Manchester United — but a miraculous goal from a near-unknown striker sealed the title for Liverpool’s closest rivals. In 2014, they needed 10 points from four games to win the league — and on an 11-game winning streak, seemed destined to close the season out. But Steven Gerrard slipped in a crucial match against Chelsea, Liverpool lost, and one of Liverpool’s greatest was denied a title victory. In 2019, a 30-yard strike from center back Vincent Kompany sealed the league for Manchester City — by only one point.

So, this year, when everything started to fall into place, I couldn’t allow myself to believe. The very idea seemed like treason, given that it had let me down before. Even though those teams were made of entirely different personnel, from players to coaching staff, superstition had its way.

But the performance on the pitch made it hard not to believe. On Nov. 2, down 1-0 at Aston Villa with three minutes remaining, Liverpool appeared to be careening to its first defeat of the season. But two goals in the dying embers of the match, including one from a defender, snatched a crucial victory. My dad called me as soon as Liverpool got the win.

“Don’t you dare say it,” I responded.

To understand the superstition and passion of football fans, you need to understand its roots. In America, you can be a fan of pretty much any team. You live in Florida but like Steph Curry? It’s alright to be a Warriors fan.

But England isn’t like that. The English game was built on the loyalty of local fans. Clubs got good because they had vast support from locals, whose money on tickets and general support were the lifeblood of the team. In many ways, that same principle has stuck around today. As a football fan, you always support your local team. If not, you lose all credibility.

Furthermore, you’re supposed to hate the opposition. This leads to incredibly tribal attitudes toward the game — sentiments that have historically done more bad than good. But they’re important. Especially in northern working class cities like Liverpool.

My grandad was a World War II veteran. After the war, he had a brief, but not particularly lucrative, career as a professional rugby player, and his two sons, my dad and uncle, were taught to love football — and to play football. They inherited their father’s fandom and played the game growing up.

And that was the environment I was raised in. My parents never forced me to like football, I just did. I received Liverpool shirts as a kid and learned to talk about the sport. I steadily fell in love with the club. I remember watching my dad fight back tears when Liverpool completed a miraculous comeback to win the 2005 Champions League final. I remember jumping for joy in a packed Villa Park after a Steven Gerrard free kick sealed a 2-1 win in 2007 — I was sitting with the opposing fans, and got called a few mean words (never mind that I was eight years old). I remember sobbing in the kitchen after a Champions League loss, screaming that the refs were being paid off to support the other team. I have seen some of the best goals and worst mistakes; some legendary victories and horrible defeats.

There is an assumption that for a lot of football fans, the sport is simply life. It was never like that for me. Certainly, I wanted to be a footballer until at least 18, but I liked other things as well. Unlike some, I didn’t live and die by Liverpool football club. I still don’t. But it still has a massive emotional impact. It can change my day from morbid to fantastic. Equally, and this was more often the case growing up, it can completely ruin a week. That feeling is what unites Liverpool fans, regardless of background. The club’s motto is “You’ll never walk alone.” It’s a bit cheesy, but it really does make sense. There is a near universal understanding of the emotion and the toil of Liverpool fans: We’re united in both victory and defeat.

This year, everyone expected that Liverpool fans would be ecstatic.  That we would all believe. And we probably all should have — it was clear by November that Liverpool was far and away the best team in England.

But buying into the idea that early was folly. It wasn’t superstition. It wasn’t even a lack of faith. It was a deep uncertainty that wouldn’t be cured until Liverpool actually won the league. I love this year’s team. I love the manager, the players, the fans, everything about them. Right now, I should be jubilant, ecstatic, screaming from the rooftops that a 30-year title drought has been snapped. But I can’t right now. Not yet. Because until captain Jordan Henderson hoists the Premier League trophy above his head, I still won’t truly believe.