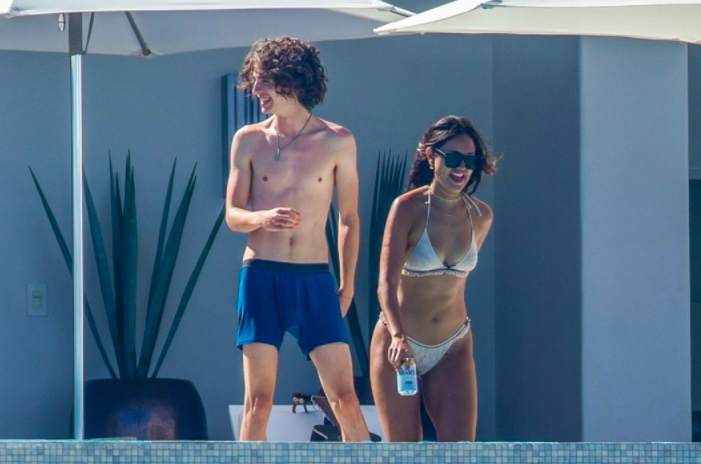 As a Timothée Chalamet stan, seeing photos of him and actress Eiza González together in Cabo San Lucas was not only sad but disappointing. Not because of their supposed relationship (which is frankly no one’s business because celebrities are not our property), but because we are still in the midst of a worldwide pandemic, and Chalamet and others have decided it’s a good time to travel internationally.

For someone who protested while wearing a mask, you’d think Chalamet would be in the crowd of mask-wearing and socially-distanced people, but no. He was spotted with González and friends, acting as if they couldn’t bring the virus back to the States like others.

Everyone misses their family, friends and the social aspects of their pre-quarantine life. Everyone wants to have a summer vacation in Cabo San Lucas — or anywhere — with their loved ones. Seventy Texas college students did just that, most likely because they wanted a regular spring break like other students, and 44 of them returned to the U.S. with the coronavirus. Other students from across the country have done the same, contracting the virus after ignoring guidelines put in place to protect everyone.

Mexico still has high rates of the virus, and considering how easily it spreads between asymptomatic people, this was just a selfish and inconsiderate move. According to Forbes, Mexico reported 5,067 confirmed COVID-19 deaths between June 17 and June 23, the highest weekly total so far. Although coronavirus-related deaths in Mexico City aren’t increasing, the number has remained stable.

Sadly, Chalamet is definitely not the first celebrity to travel during the pandemic. Earlier this month, Ben Affleck and his family, along with Ana de Armas, took a vacation to Georgia. While their mode of transportation was a private jet, which is probably safer than going to a public airport, the idea still stands — no one should be traveling across state or country lines when so many people are still dying.

Both of these examples make me wonder, did they think they were not going to get caught? Eyes are everywhere, especially for famous people who are constantly followed by paparazzi, which is how the Chalamet and González story broke. What does wearing a mask do when you are unnecessarily boarding a plane? It feels like virtue signaling. How could two extremely famous actors go unnoticed in one of the world’s hottest tourist spots?

Even YouTubers such as Brooke Houts and Divert Living are traveling during the pandemic with no remorse. Based on the titles of their videos alone — Living’s is literally “Flying During COVID-19” — they know what they are doing and are even leaning into it. Lockdowns being lifted does not mean an immediate return to normalcy, and thinking that way is just selfish.

We all know celebrities exist in a bubble of fame and wealth, which is constantly revealed through failed attempts at connecting with the masses and their mess of hot takes — think Gal Gadot’s infamous “Imagine” video or Vanessa Hudgens’ Instagram Live rant.

Many people have lost their jobs and others, their lives. But because of these celebrities’ statuses, problems like these that affect the majority are irrelevant to them. They have house managers, personal assistants, stylists, chefs — the list goes on.

Having the financial stability to travel at all, especially during a recession, is a privilege in and of itself. Maybe these celebrities feel exempt because once a certain level of fame is reached, most rules simply don’t apply to them anymore.

From awards show goodie bags worth almost a quarter of a million dollars to the thousands — or millions — of doting fans, how could you not get used to the special treatment? In that way of living, it seems almost impossible to see yourself as a “normal” person that has to follow the rules most of the world abides by, including staying at home when everyone needs you to.

But just because these celebrities are sheltered does not excuse them from ridicule. Chalamet, González, Affleck and de Armas, among others, are no different than Karens being upset over wearing masks or begging officials to reopen states, disregarding the fact that cases could still be rising.

Everyone wants to return “back to normal,” if that will even exist after all of this is over. I miss hugging my friends and not wearing a mask — we all do. Everyone misses going to the beach and taking trips during the summer. But doing so during these uncertain times is not only irresponsible but reprehensible. Famous or not, these actions have consequences and should be called out.