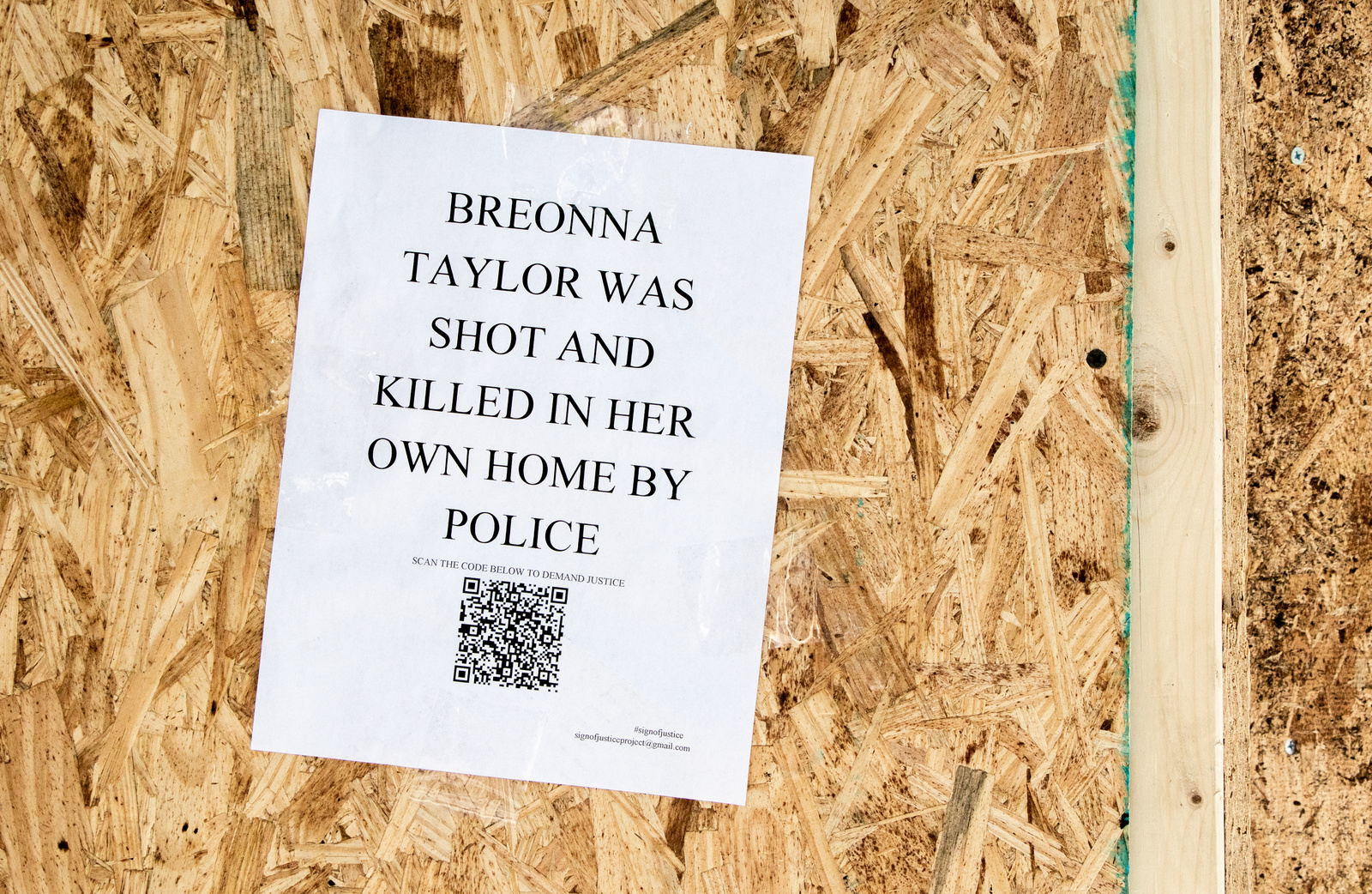 Breonna Taylor was a 26-year-old Black woman from Louisville, Kentucky, who was killed by police after they entered her home with a no-knock warrant and mistook her for a suspect in an alleged drug ring. While she was sleeping, Louisville police shot her at least eight times, unleashing a hail of bullets so intense that some made their way into neighboring units in the apartment complex. These officers’ intrusion was so forceful that Taylor’s boyfriend, Kenneth Walker, dialed 911, thinking they had just been victims of a home invasion. In retrospect, they were.

Breonna was an EMT working through one of the largest public health crises in this country’s history. She, like so many other selfless essential workers, was willing to put her health at risk to provide a vital service to others. More importantly, she was just a human being. She was a beloved daughter, partner and friend. She, like so many other people in their 20s, was just trying to figure out what she wanted out of her life.

I wonder what my life would be like if I never moved here from Michigan? Like what tf would I be doing right now? Where would I work? Would I have kids? Etc.

Breonna’s Twitter feed shows that she was wondering if she wanted kids. She also seemed to be going through the very regular motions of talking about her relationship, her job and being sleep deprived. She wanted to be a good role model for the younger women in her life who looked up to her. No news article can provide the same insight into what occupied her mind like the stream of consciousness she posted for her followers to see. It is painful to read.

What do you feel when you see her smile in photos, and know that the joy she brought her loved ones has been stolen forever, simply because the notion of “legality” allows officers to bust down her front door and not once announce who they were or what their business was? More importantly, how do you feel that this same idea of legality allows them to walk free after this heinous act?

Does the killing of a Black woman elicit a humorous reaction from you? And if so, I have to ask, what the fuck is wrong with you? If you say it is a reflection of the way that this constant overexposure to tragedy through social media has numbed our reaction to horror and injustice, maybe I should ask what the fuck is wrong with us. But I don’t find a single thing about this story funny. Or memeable. Or the basis for a new joke format.

Activists and newly impassioned people alike have risen up to seek justice for the many people whose deaths have sparked a resurgence in the Black Lives Matter movement: George Floyd, Rayshard Brooks and Elijah McClain, just to name a few. I have never seen a meme in good faith about any of these men, but I’ve seen many people turn Breonna Taylor’s legacy into an edgy punchline. The writers of these jokes don’t seem to think what they’re doing could make them the “bad guys” because, hey, they’re calling attention to the fact that her killers really do still walk free. How could they be bad if they’re trying to promote equity?

What they don’t seem to realize is their privilege obfuscates their capacity to realize that, by making this phrase more easily digestible, they are trivializing the issue. She is not a punchline. You should not be thinking about what happened to her and then using it to make a good post. Breonna Taylor’s death did not happen for you to strengthen your brand or capitalize on a viral trend for your own benefit. The fact of the matter is that Breonna Taylor should not have died at all. This is what we should be focusing on.

If you say that Black Lives Matter — if you say you’re “doing the work” and truly attempting to be a better person — but you’re continuing to participate in this trend, you need to reevaluate what Black lives you are valuing. Think about the life cycle of a meme, and how eventually, social media will overuse it to the point where it stops being entertaining or relevant. By reducing Breonna Taylor to the subject of your ironic posts, you are distancing her from the humanity she was robbed of and pushing her toward the realm of being forgotten, disrespected and ignored. Posting is a vital form of communication that has served social justice greatly in recent times. Acknowledge that power, and try to wield it in a way that honors the people you say you are fighting for.