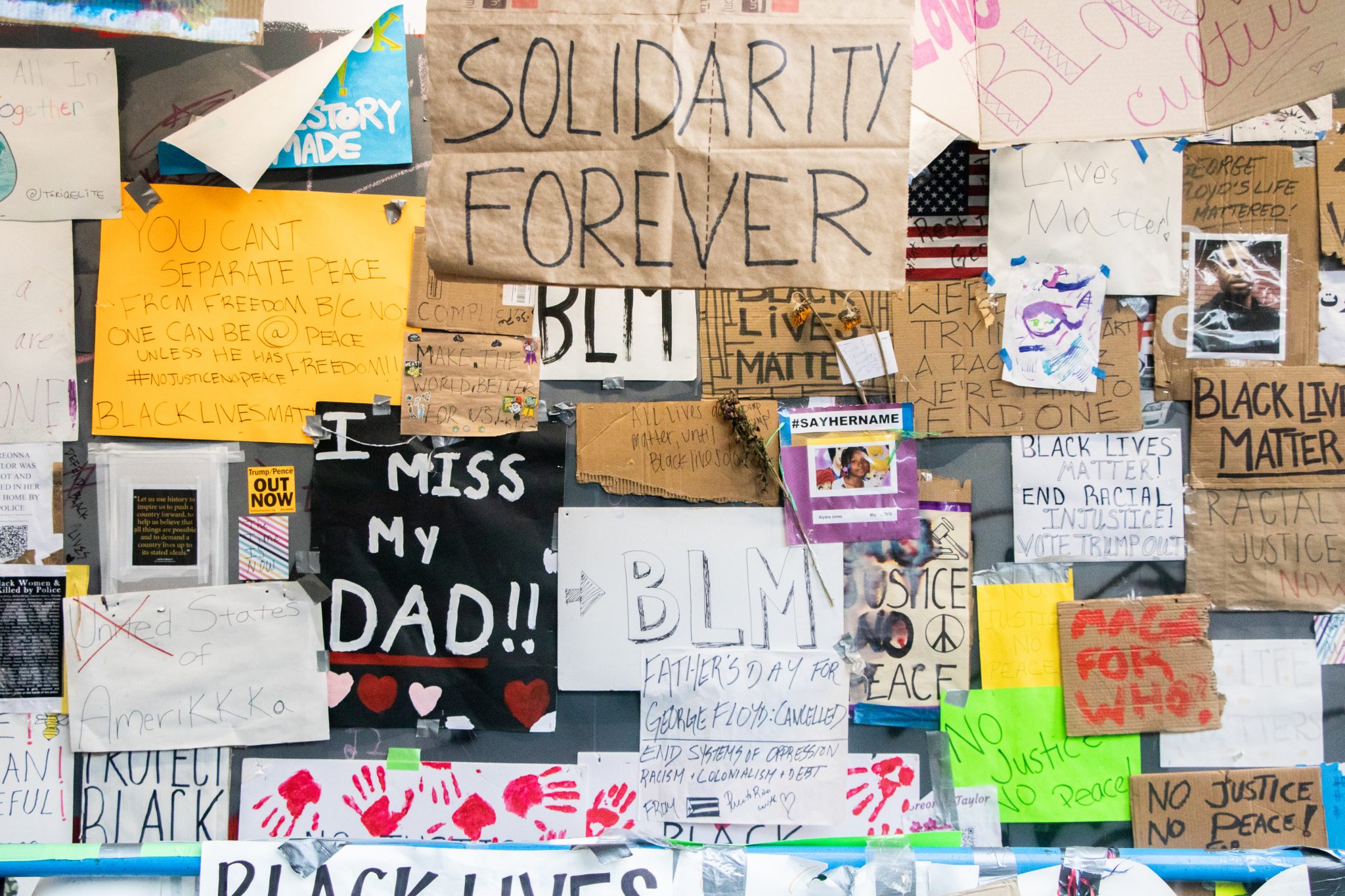 There’s an unspoken rule in my family — and likely in other Asian American households — that we don’t discuss controversial issues at the dinner table. Dinner is a time to discuss academic performance, reaffirm college or career aspirations and, occasionally, decide between vacation spots for any upcoming breaks.

As a result, I’m sure I shocked my parents last week when I unexpectedly brought up the Black Lives Matter movement. Despite their initial surprise, we ended up engaging in a very productive conversation about anti-Black racism in the United States.

Lately, I’ve been reading some wonderful educational resources that are being shared — here’s a link to one compilation — and I’ve started to realize how prevalent anti-Blackness is within the Asian American community. A few weeks ago, I was horrified to find out about racist messages that were exchanged between members of the predominantly Asian American Lambda Phi Epsilon fraternity at its New York University chapter. While their opinions aren’t necessarily reflective of the entire Asian American community, the general sentiments expressed within these messages are more common than we think.

So how can we address this issue? The first step is accepting that it exists and that it’s a serious problem. We also need to engage other members of our community — including our parents — in candid and often messy conversations about anti-Blackness. These conversations may be difficult to initiate and seemingly impossible to sustain.

Personally, I found that introducing the “model minority” myth and describing its application in our educational system served as an effective starting point and a transition to other prominent issues.

According to this myth, Asian Americans are polite, law-abiding, hard-working individuals who have overcome the odds to lead prosperous lives in the United States. It’s commonly used to argue that other racial and ethnic minorities can achieve similar levels of “success” if they adopt the hard-working mentality that seemingly only Asian Americans possess. The myth attributes the failure of these other groups to self-actualize as the consequence of individual flaws rather than institutional discrimination.

Growing up, the subtle tones of anti-Blackness seemed to manifest most strongly during discussions of affirmative action. There was this unspoken belief that affirmative action somehow gave certain individuals an “unfair” advantage in terms of accessibility to higher education. In accordance with the “model minority” myth, we naively believed that success is the natural product of “hard work” and that other people’s failures could only be attributed to dispositional flaws such as laziness.

As someone who attended so-called “gifted and talented” programs that were predominantly Asian American, these sentiments grew as we were tacitly labeled “special,” reaffirming the narrative that we were somehow working harder than everyone else. In addition, most of my peers were all vying for acceptance into elite universities, creating a hyper-competitive environment conducive to the spread of this misconception. During the college application season, there were rumors about who would “take advantage” of affirmative action.

Socialized by our families and society, we were led to unconditionally accept the “model minority” myth as the truth. In reality, it could not be more inaccurate; in the context of education, it ignores how minority students typically have less access to educational resources and disproportionately serve as the target of implicit discrimination.

The concept of the “model minority” originated as a Machiavellian maneuver by the United States government to recast Chinese Americans in a more positive light — as opposed to “‘yellow peril’ coolie hordes” — in order to secure an alliance with China. Since then, the myth has only served to deepen the racial divide between Asian Americans and other racial and ethnic minorities; it also serves as a convenient measure to absolve white America of its responsibility to address issues of inequity and racism.

By continuing to support this myth, we’re complicit in perpetuating anti-Blackness. Addressing the issue at its roots means encouraging change in the enduring attitudes of other members of our community who have internalized the idea of the model minority. If you’re having trouble broaching this subject, one article from the Huffington Post details accounts from other Asian Americans talking to their parents about anti-Black racism. Another NBC News article also provides a few helpful tips for initiating and sustaining a discussion.

Change is unlikely to happen overnight. But by repeatedly engaging others in conversations about racism, we can hopefully tear down outdated worldviews and support an international effort for the equal treatment of Black lives.

Kevin Hu is a rising junior physiology and neurobiology major. He can be reached at kevxhu@gmail.com.