The DC Black Lives Matter mural is performative, not radical 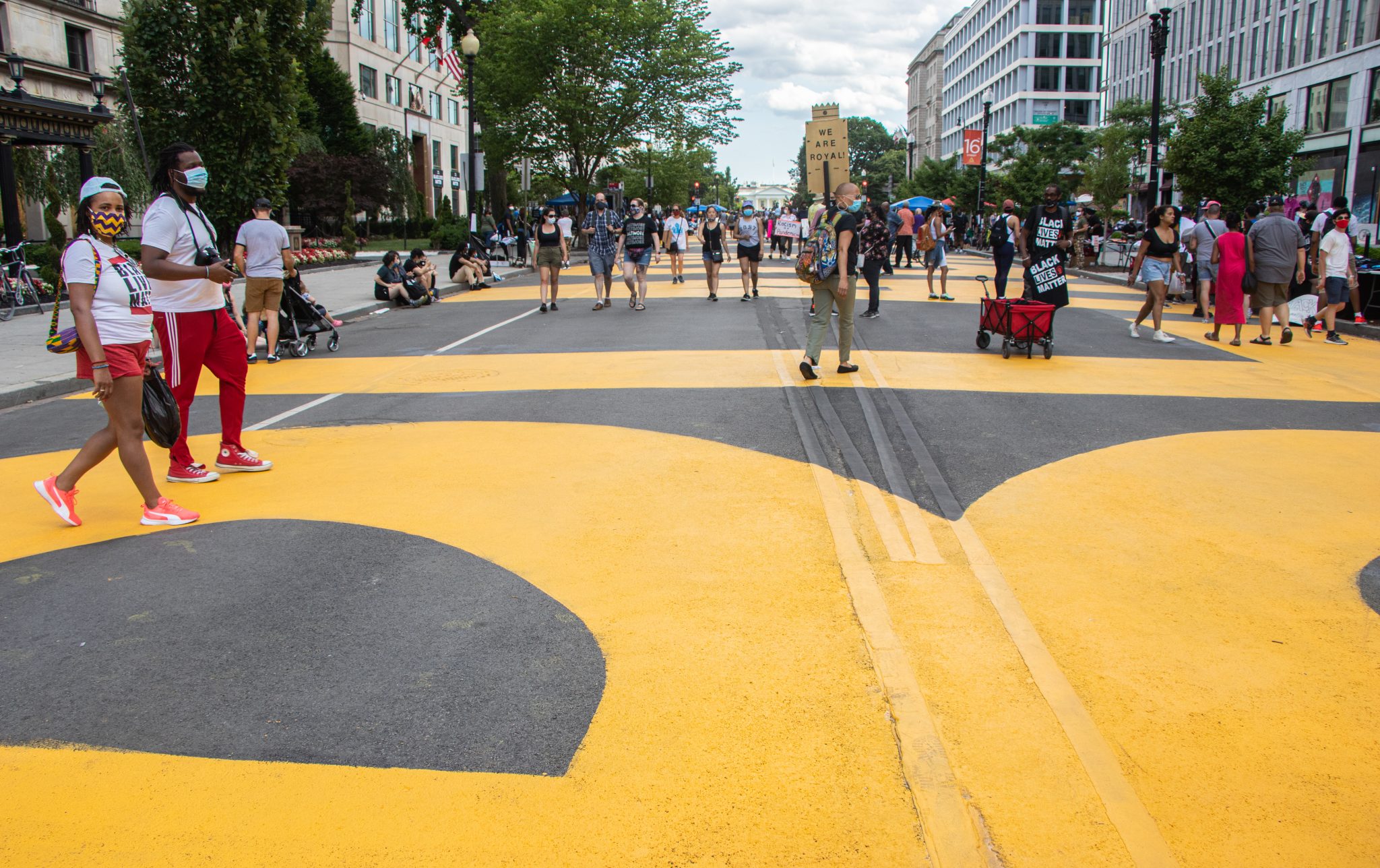 On June 1, one of my friends was shot in the leg with a rubber bullet while peacefully demonstrating against police brutality in front of the White House.

On June 3, my friends and I stood face-to-face with riot police and soldiers armed to the teeth. I firmly grabbed my friend’s shoulder as she shook and cried with fear in front of an officer who wouldn’t even look her in the face, but who wouldn’t hesitate to use force against her if he were ordered to.

On June 5, Washington, D.C., Mayor Muriel Bowser had “Black Lives Matter” painted along 16th Street and renamed the section in front of Lafayette Park “Black Lives Matter Plaza” in order to honor the protests against the police killings of George Floyd, Breonna Taylor and countless other Black Americans.

There is a dark irony in how Bowser chose to paint a mural and put up a sign claiming “Black Lives Matter” in the very spot where just days before, peaceful demonstrators were shot with rubber bullets, tear gassed and pepper sprayed for protesting against police violence and chanting that same phrase, now painted in big yellow letters down 16th Street. Given the recent and past abuses by the district’s Metropolitan Police Department, Bowser’s “Black Lives Matter” mural is a performative gesture that distracts from her repeated refusal to listen to community leaders and defund the MPD.

If Bowser and her colleagues really wanted to listen to protestors and truly support the demands of local Black organizers and their communities, they would start with seriously re-evaluating the disproportionate funding and support provided to the MPD over essential services that actually improve communities across the district.

Local Black-led organizations such as Black Youth Project 100, Black Lives Matter DC and Stop Police Terror Project have been campaigning for the defunding and demilitarization of the MPD since long before the recent protests. They have also been advocating for the millions Bowser and her government allocate to policing to be redirected to essential, community-oriented services such as housing, non-coercive mental health care, youth programs and employment programs. Combined, these programs receive less money from the D.C. budget than the MPD does, despite Bowser’s own admission that more policing has little effect on reducing violent crimes.

This disconnect between Bowser and her city council and the demands of district residents becomes even more apparent when one considers how Bowser has repeatedly ignored and rejected calls from community members to defund MPD, which may receive an extra $18.5 million in funding in the midst of a pandemic that has resulted in a $1.5 billion revenue loss for this fiscal year and the upcoming fiscal year for Washington, D.C.

The city’s disproportionate investment in policing over community programs is even more controversial when looking into statistics and reports of MPD’s rampant abuses throughout the years. For example, stop-and-frisk data collected from July to December last year, which MPD was unsurprisingly hesitant to release, revealed a strong racial bias in police stops of Black residents, who make up about 46 percent of the district’s population but over 70 percent of individuals stopped by MPD.

A more recent example of MPD’s abuse of power can be seen in the Swann Street police kettling on the night of June 1, where about 70 demonstrators were chased into an alley near the Dupont Circle neighborhood and blocked by police, who began deploying tear gas and pepper spray as the demonstrators scrambled into sympathetic residents’ homes nearby. It is clear from just these two more recent examples that MPD has a serious abuse of power problem. It certainly doesn’t help D.C. residents — especially Black residents who are targeted most by MPD — that Bowser has proposed to respond to these abuses with millions in funding.

Bowser might believe that all she needs to do to placate demonstrators is paint “Black Lives Matter” in front of the White House, but the reality is that community leaders and residents demand and deserve more than performative gestures. After Black organizers amended the mural on 16th Street to spell out “Black Lives Matter = Defund the Police,” and after protestors danced outside Bowser’s house demanding she defund the police, it is clear that Bowser cannot ignore the needs of her residents. It is time that Bowser and leaders across the nation ditch performative gestures and either commit to defunding the police or get out of the way of those who will.

Caterina Ieronimo is a rising junior government and politics major. She can be reached at ieronimocaterina@gmail.com.