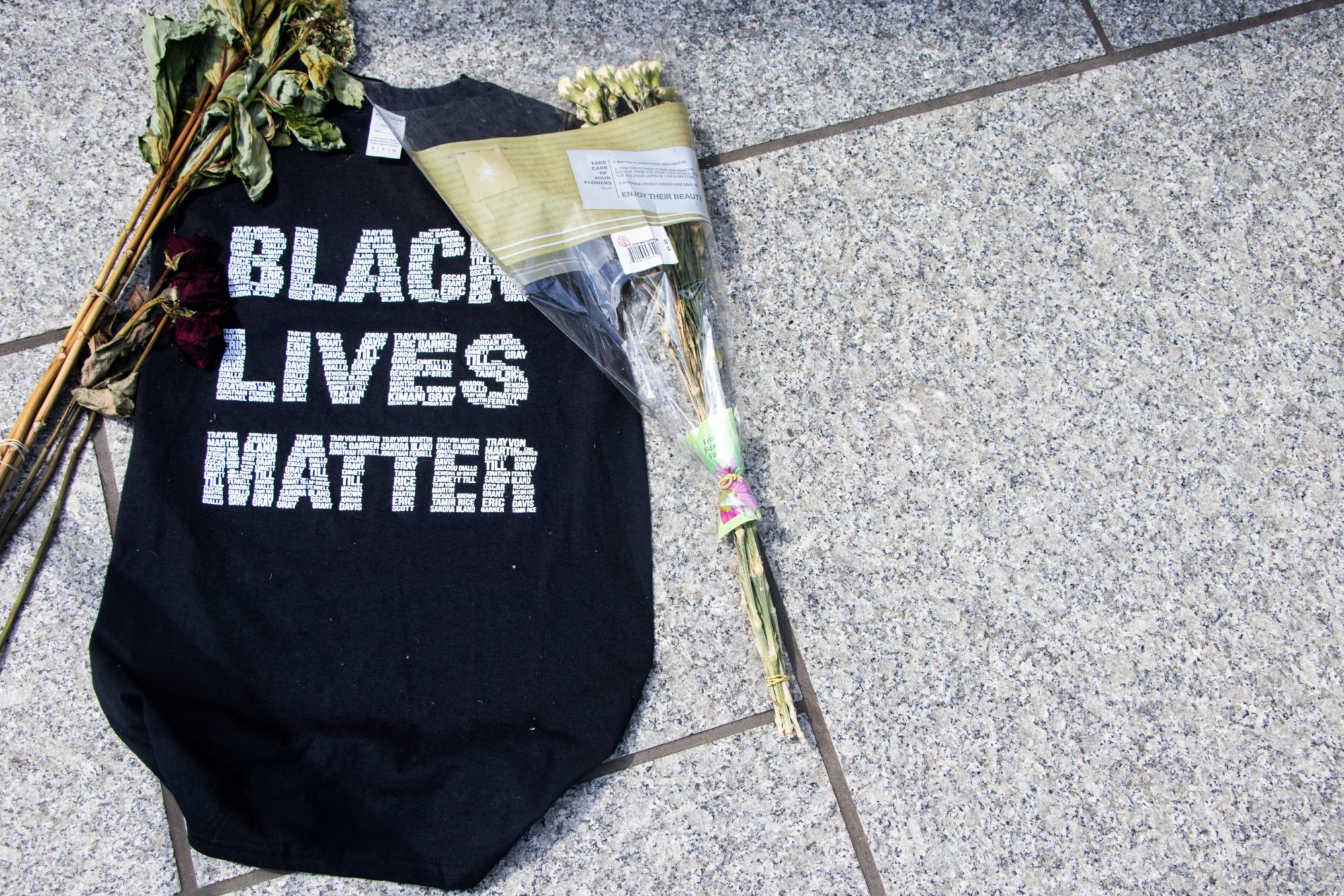 UMD community members have taken steps to help educate others on what it means to be an anti-racist and how to support the Black Lives Matter movement. (Julia Nikhinson/The Diamondback)

Two weeks ago, Jasmine Mitchell said, she felt frustrated and numb after the death of an unarmed Black man, George Floyd, was caught on video and started circulating the internet “like wildfire.”

“I just wish it didn’t take another death and a video of that death for people to finally believe that yes, Black people die at the hands of the people who are supposed to protect us, and it’s been happening for centuries,” Mitchell, who graduated from this university in May with a degree in theatre, said.

As a writer who enjoys organizing and journaling, Mitchell decided to create a packet that she described as a beginner’s guide to the anti-racist journey, after realizing that her white counterparts may not be seeing the graphics breaking down racism that were circulating on her own Instagram feed. She started by putting all of the graphics into a Google Doc and writing a forward about what she wanted people to get from the packet. The document has since grown into a 54-page anti-racist packet, that will be translated into five languages, Mitchell said.

Many students were exploring ideas of anti-racism and cultural competency before the most recent movement. However, after George Floyd’s death and the rise of global protests against police brutality, students quickly put together resources, writing, lessons and class lists to educate, spread awareness and continue exploring anti-racist ideas.

Last week, Gabrielle Christopher, a rising senior government and politics and sociology major, wrote down all the aspects of racial inequality that she has studied. From there, she went through all her notes from past classes, projects, papers and data she’s collected about these issues and started making PowerPoint lessons and Zoom lectures to share.

“I think that it’s really important that people have an understanding of all these issues, especially people who aren’t in the same major or in the same college as I’m in,” Christopher said, “because without taking these classes, some people might go the rest of their lives without knowing a lot of the historical things that are happening and things that are even happening to this day.”

Christopher said seeing a lot of misinformation and misunderstanding being spread on social media was another reason why she was inspired to create these lessons.

“A lot of people have gotten the general idea of what the Black Lives Matter movement is about. I do feel, though, that a lot of people are kind of missing the point that it’s much deeper than police brutality. It is basically a call to restructure the entire system that’s been working against us for generations,” said Christopher.

Within the Google Drive folder, Christopher also included a list of courses she said could help students learn about racial issues in the United States and a “How To Help” document with suggestions for donations and petitions.

Ellie Pokress, a rising senior criminology and criminal justice and sociology major, recently created a list of classes she believed were most influential to her education about inequality, privilege and race.

One class Pokress cited as most influential was EDUC388E: Controversial Issues in Education Reform. She said this class forced her to look at the inequalities within her own Boston high school and understand how her privilege as a white student shaped her education and how she benefited from a system of inequality.

John B. King Jr., former secretary of education and current president and CEO of The Education Trust, a group that does research and advocacy on education and civil rights issues, was Pokress’ professor for EDUC388E.

“The thing that saved my life was having phenomenal public school teachers who made school a place that was safe and nurturing, and teaching and supportive,” King said. “You know, a place where I could be a kid when I couldn’t be a kid at home. And I became a teacher and a principal, because I wanted to try to do for other kids what those phenomenal teachers had done for me.”

After King lost both his parents at a young age, he said, school became a safe space for him. When King moved into policy, he said it was with a goal of trying to ensure that “every kid no matter race or zip code, would have access to great educational experiences.”

King’s hope is that the students taking his class will learn how to address education and equity and are able to grapple with how education relates to broader challenges in society.

Nana Edu, who graduated from this university in May with a degree in dance, said he explored ideas of what the body — especially that of a Black man — means through his dance projects last semester.

“I felt like I really had to delve into the fact that I was a Black guy,” Edu said.

The examples shown in Edu’s dance classes were of white people, and he said he tends not to choreograph on himself. However, because of distance learning caused by the coronavirus outbreak last semester, Edu spent time thinking about ideas of masculinity, femininity and the body.

“As a Black person, especially, because Black men tend to be seen as hyper masculine what does that mean on screen was something that I was trying to really give myself space to embody,” he said.

Edu, whose work is available on his Instagram page @public_infamy, pointed out that although his project did not relate directly to the most recent protests, it still related to an issue that “has been happening for a while.”

“Being Black, your works end up being about the fact that you’re Black, you know, even if you wanted to or not,” he said.

Mitchell also said the movement does not begin or end with George Floyd, and she wants her packet to help everyone make lifetime habit changes.

“We live in a society that has condoned this behavior for a long time, and tries to erase this conversation and erase the history, so we have to take it upon ourselves to not get discouraged when we make mistakes but to just keep pushing through, knowing that hope is what will keep us going,” Mitchell said. “Know that a better future is on the horizon and that together, we can do better.”