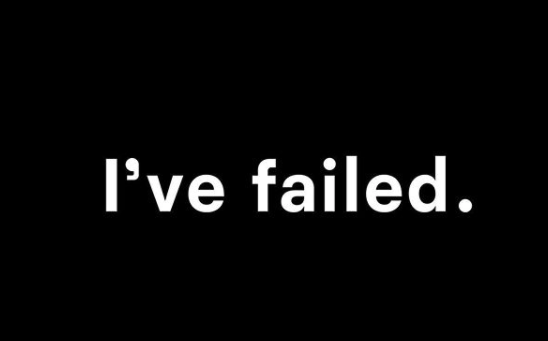 A slide from Reformation CEO Yael Aflalo's apology on the company's shortcomings in addressing racial inequities. (Photo via Instagram)

While people around the world are protesting and standing up against racial injustice, many brands are being called out on accusations of racism. One such brand is Reformation, a trendy boho and self-proclaimed “sustainable” brand, where a former employee came forward with numerous accusations.

Last week, Elle Santiago accused both employees at the flagship location and the higher-ups — including CEO and founder Yael Aflalo — of racism and unsustainable practices, in an Instagram post.

The post detailed various experiences of discrimination, such as being overlooked for a manager position despite having more qualifications than white counterparts, the brand choosing to fly white employees to the Los Angeles headquarters instead of employees of color and Aflalo herself ignoring Santiago.

“She would in fact purposefully not answer if I called her name. I would have to have the white district manager tell her anything I needed to say even when we were in the same room,” the statement said.

Also in her post, Santiago referred to a photo of Elana Rosenblatt, the vice president of wholesale, eating fried chicken with the caption, “Happy Black History Month!”

At the end of the post, Santiago called for Aflalo and other Reformation executives to step down from their positions to incite change.

Ironically, after Reformation posted a Black Lives Matter post sharing donation suggestions and announcing a donation of their own, their following post was an apology from Aflalo. The first slide read, “I’ve failed.”

“I realize that I have failed all of you in that regard – especially the Black community,” the post continued.

Aflalo said she is angry at herself for not seeing that “we have practiced diversity in the past through a ‘White gaze,’” and that Reformation has not used its platform to stand up to racism.

“This is inexcusable in itself, but when I hear Black colleagues who felt that I avoided them because of the color of their skin, I burn inside thinking about the sadness I inflicted,” she wrote. Aflalo said this wasn’t on the basis of skin color, but about her “shortcomings as a person.”

In the comments of the post, many former employees shared grievances and asked for change. Others called out the infamous fried chicken post, and one commenter brought up plans about the brand’s diversity board.

“We are beginning to put together the Diversity and Inclusion Board this week,” the company replied.

And yet, Reformation is not the only brand that has been called to “do better” at addressing internal racial inequities.

“Direct Action in its glory. #blacklivesmatter,” the caption read, below the image of a large group of police officers guarding the flagship store.

Lynn was called out for her post, as this is not the first time the brand has sparked controversy, as many of their past clothing pieces have been racist, appropriative of other cultures or promoting date rape culture. Although Dolls Kill addressed racial injustice in a recent post condemning “racism, police brutality, violence, bigotry and hate,” this was too little, too late.

Like Reformation, they apologized for not speaking up about injustices that had been mentioned to them: “We’ve never spoken publicly because as a fashion brand, it never felt like our place.”

The final slide said the brand is “committing $1 million to purchase products from Black-owned fashion brands and designers to feature on our site.”

[How #BlackLivesMatter was hijacked by black squares and selfies]

Many commenters, including SZA, expressed disdain toward Lynn calling the cops on protesters, because of her original post.

Reformation and Dolls Kill are two popular brands known for their niche audiences, but their generic and self-serving apologies are not being tolerated by their fan bases. Across the internet, people have called for a boycott of the brands, and a viral Twitter thread listed Black-owned alternative brands as a replacement for the latter.

In between Aflalo waiting years to speak up about racial injustice, admittingly ignoring grievances sent her way, and Lynn’s delayed apologies toward the extensive list of controversies Dolls Kills has had past and present, it’s gotten tiring.

Why did these two CEOs wait until speaking up on injustice became trendy to do something? Aflalo making her Instagram account private does not help her or her brand’s image in this case, and the same goes for Lynn.

Hopefully, Reformation and Dolls Kill will learn from these controversies and understand that staying neutral in times of injustice does nothing but cause harm and division in a time of necessary solidarity.