Even without the festivals, Pride Month marches on 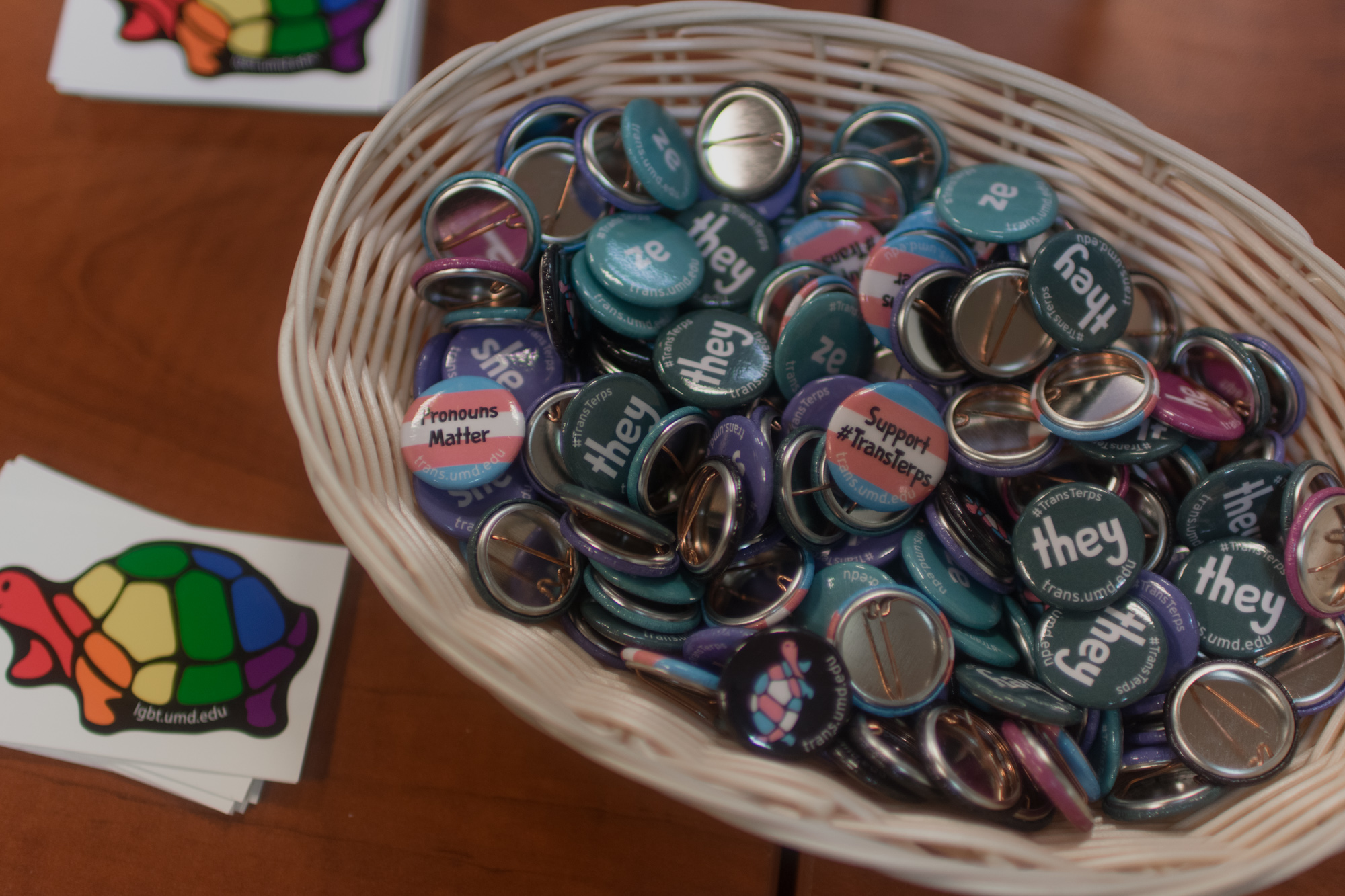 The LGBT Equity Center, located in Marie Mount Hall, is a safe space for LGBTQ students at the University of Maryland. (Gabby Baniqued/The Diamondback)

Since the first Pride festival was held in June 1970 to commemorate the one-year anniversary of the New York City Stonewall Uprising, Pride has blossomed into a month-long celebration of LGBTQ culture every June, with large-scale celebrations in most major U.S. cities.

But due to the coronavirus outbreak, cities across the country will not be holding traditional Pride celebrations this year. However, this doesn’t mean Pride Month 2020 is canceled.

While we’re still stuck indoors in quarantine-limbo, this Pride Month is the perfect time to enrich your knowledge about LGBTQ history. While you may know big moments — such as Stonewall, the AIDS crisis and Obergefell v. Hodges, the court case that allowed  for same-sex marriage in all 50 states — there is always more to learn.

The Library of Congress has a webpage filled with free research guides and primary source documents pertaining to both LGBTQ history and current LGBTQ issues. The University of Maryland’s LGBT Equity Center also offers a list of both fiction and nonfiction books available through the university library that were penned by queer writers or are about queer subjects.

If large lists are overwhelming, and you don’t know where to begin, Dr. Bonnie J. Morris’s article for the American Psychological Association about the history of LGBT social movements does a great job explaining the movements themselves and historical contexts surrounding them.

While these are just a few examples of resources to educate yourself, they are good starting points for research.

If reading during the summer isn’t your cup of tea, LGBTQ-centered documentaries are both fun to watch and an easy educational tool for delving deeper into queer history. There are countless documentaries depicting crucial moments and figures, including: Paris is Burning, which details the New York City drag ball circuit in the 1990s; The Death and Life of Marsha P. Johnson, which focuses on the mysterious death and legacy of the black transgender woman who helped lead the Stonewall riots; and Before Stonewall, a film about the perception and livelihoods of LBGTQ people prior to the major gay rights movement.

Some of my personal favorite LGBTQ-centric films include Mӓdchen in Uniform, Milk and Moonlight, which each tackle the portrayal of queer life and its accompanying difficulties in a different way.

To go a step further, make a playlist of your favorite LGBTQ artists on Spotify and play it throughout the month of June (and even after Pride Month is over). While identifying as queer in the music industry was a gutsy move just decades ago, many of today’s artists identify themselves somewhere on the LGBTQ spectrum. Whether you like pop (Hayley Kiyoko, girl in red), R&B (Frank Ocean, Kevin Abstract of Brockhampton) or alternative (Laura Jane Grace of Against Me!, Courtney Barnett), you’re likely to find queer artists in any of your favorite genres.

If you’re fortunate enough to have a summer job or paying internship — or you want to leech money from your homophobic parents’ bank account and put it toward a good cause — June is prime time to donate to LGBTQ-centered funds and charities. There are endless choices, so it’s important to research which organization speaks to you personally. A few options include the Transgender Law Center, the Bisexual Resource Center and the National Black Justice Coalition.

Finally, the closest you can get to a typical Pride festival during the pandemic is to either hold a small Pride celebration with friends or attend an upcoming virtual Pride event. If you take the do-it-yourself route, then you can format your Pride however you want — rainbow cake and Jell-O shots, a couple episodes of RuPaul’s Drag Race and a dance party to Charli XCX and 100 Gecs comes to mind.

New York City Pride is hosting more than 50 events throughout June in lieu of in-person Pride festivities, such as a virtual 5K run, a three-day drag fest and a special broadcast event on June 28 to commemorate the 50th anniversary of the first Pride March. Several other cities are holding virtual Pride festivities as well — San Francisco, San Diego, Denver and Seattle, just to name a few.

And yet, one of the most honorable ways to celebrate Pride and the legacy of the Stonewall riots is to fight for equality in the eyes of the law. The Black Lives Matter protests happening around the world have the power to evoke real change. This Pride Month, instead of parading in the streets with signs celebrating the pride we have for our differences, it’s important to acknowledge that we’re still so far from allowing every American to celebrate theirs.

To truly celebrate Pride, we must use our voices to fight back against systemic racism. Even one more instance of police brutality is one too many; we’ve been fighting this fight for too long, and the proof is in our history.

Pride Month 2020 is incredibly independent, which is a good thing — you get to choose how you want to celebrate, as opposed to having city governments, Pride coalitions and corporate sponsors choose for you. It also makes space and time for us to rally for the equal rights of Black Americans, just as the gay rights movement was held up by queer Black activists who deserve the same rights as their non-Black counterparts. If we could fight for LGBTQ rights against police in 1969, then we should extend that passion to the Black Lives Matter protests as much as we can to ensure everyone feels safe and happy in their own skin — a basic human right.