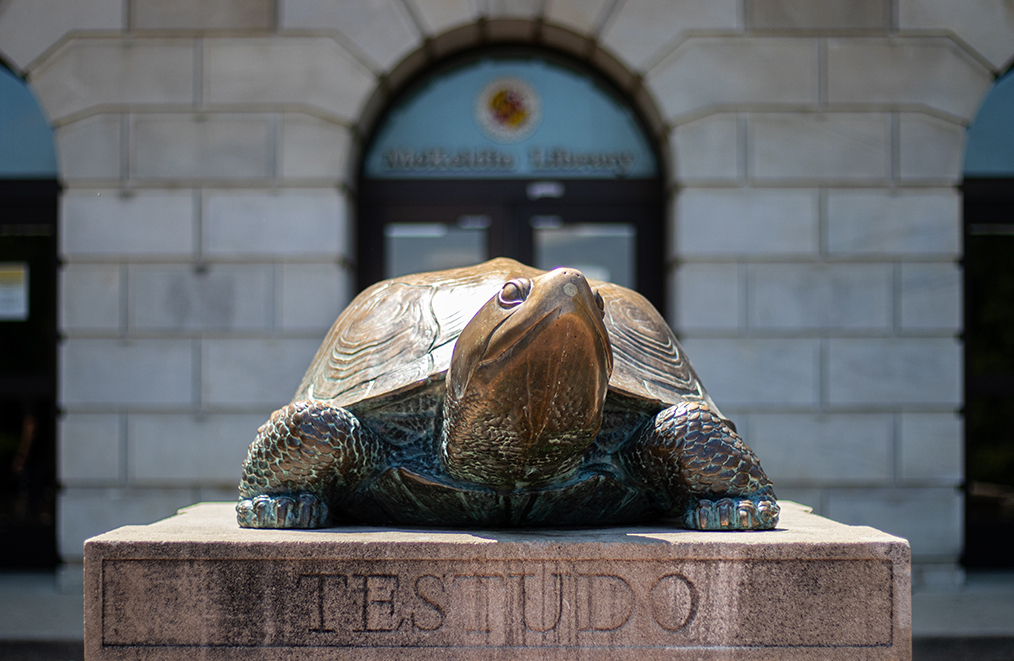 There are six different Testudo statues around the university's campus. (Julia Nikhinson/The Diamondback)

This article is part of The Diamondback’s 2020 Orientation Guide. Click here for the rest.

As the state’s flagship university, UMD has a lot of history — and a lot of fun facts. Brush up on your trivia before the semester starts!