From Battle of the Bands to newfound fame: A Q&A with REI AMI 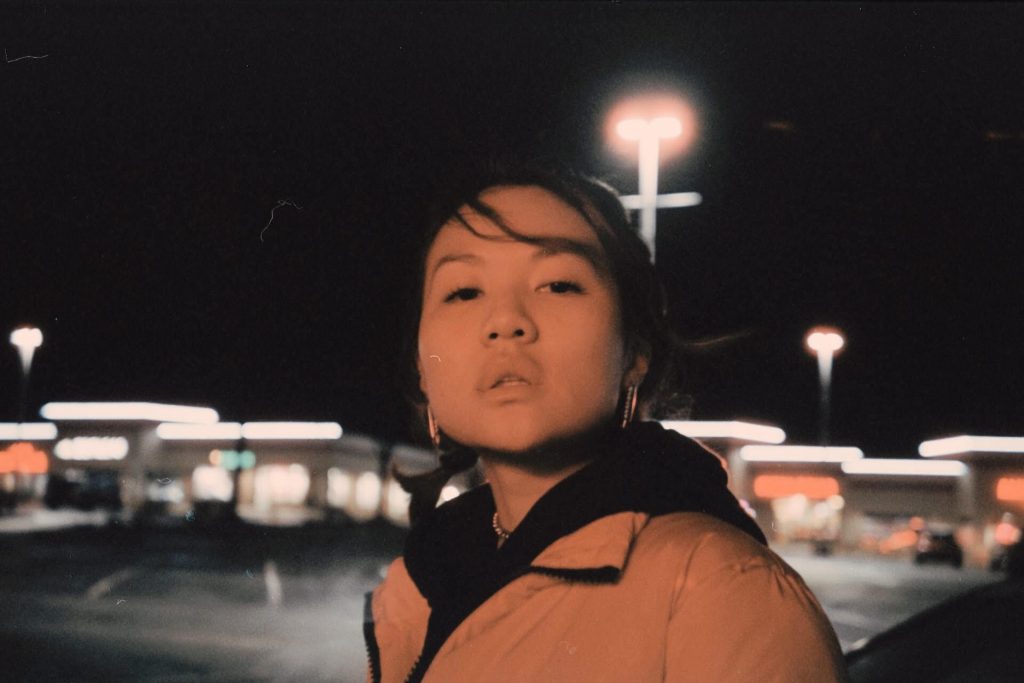 If you need proof that SEE’s Battle of the Bands can take you anywhere, meet Sarah Lee, a 2018 University of Maryland alumna who performed in the spring 2018 rendition of the campus music competition. Lee now has a blossoming music career performing as REI AMI and boasts nearly 60,000 followers on Instagram and more than 800,000 monthly listeners on Spotify.

I recently spoke to the singer via Zoom from her house in Montgomery County, Maryland, where she had just celebrated her 25th birthday. We discussed everything from machete-wielding cartoon characters to the vegetable she hates most.

How has quarantine been for you so far?

Despite everything opening up, it’s still, you know, very dangerous, so I think I’ve been dealing with this weird, anxious feeling for quite some time now. But I think I’ve been channeling all this weird energy into creative endeavors, so that’s been really helping. And you know, obviously super thankful and blessed that I’m safe and my family is healthy, and my friends are healthy and you know, just being grateful and mindful of those little things that actually do matter.

So, when did you get started with making music?

Actually, it was freshman year of college. I’ve always wanted to make music, but I just never thought it was a thing, because I knew nobody. And then, you know, come freshman year, I’m just running into people who are also creatives and are also running studios …. I guess the universe just worked itself out and just allowed me to meet a bunch of people. And that’s when I really started going into sessions and studios and really writing and recording and starting everything.

[The best and worst song from every album by The 1975]

What has your music process been like during quarantine?

It’s mostly virtual sessions. Every session is different with each producer but, you know, trying to just make it work. And it’s been successful so far. I also have a YouTube series … I’ve been doing a weekly quarantine series just so my fans can just get to know me on a more personal level, because I don’t think I’ve had the opportunity pre-quarantine to really just sit down and make content for my fans to actually get to know me … outside of the music and just who I am as a person. So I’ve been doing that on a weekly basis, and that’s been really exciting. It’s forced me to learn this new skill set, editing and filming … I’ve been learning a lot.

So, I listened to some of your a few of your songs, and “DICTATOR” is great. That was my favorite. How would you describe your music to someone who’s never heard it?

Imagine Hello Kitty but with a machete. Really cute but also very powerful … My stage name is Rei Ami. It’s the concept of duality. The names are from Sailor Moon characters because I grew up on it, so “Rei” is Sailor Mars and “Ami” is Sailor Mercury. Rei is the super bold, in-your-face-attitude bad bitch, right? But Ami’s more like the sensitive, timid, reserved kind of girl, and I’ve always been very much of those two characters. I’m very hot or cold. There’s really no in-the-middle for me. I’m very polarized in terms of my emotions and just how I feel. I feel very intensely.

For a long time, I’ve always felt like I needed to choose … one side. I don’t know who was telling me. No one was, but I just felt the need to choose … My whole thing is just like: You feel because you feel, and it’s okay. You can embrace the anger, you can embrace the rage, but you can also embrace vulnerability and sadness and weakness because that’s all part of the human experience. So that’s my whole thing, you can be cute but you can fucking cut a bitch if you wanted to.

Do you have a favorite song, verse or lyric that could be almost like your thesis?

In “DICTATOR,” there was this line called: “Red dress latrodectus on his mattress, I’ma kill it.” That’s one of my proudest lines. I actually wrote that song when I was on Vicodin, because I had gotten my wisdom teeth removed. And so, I’m on painkillers, I can’t do anything, I can’t drive, I can’t leave the house. So I sat down and I was like, I want to write a really crazy song … I had just ordered this red dress online and it was so cute and I was so excited … A bitch in a red dress is so eye catching. It’s like, ‘Ooh, look at her,’ you know? But it’s like, how can I make that deadly?

Then, I just went down this rabbit hole of Googling and researching deadly animals and it led me to insects and then black widow spiders and latrodectus is literally the scientific term for that genus of spider and Black Widows are cannibals … I was just like “OK, red dress, rhymes with latrodectus, on his mattress, I’ma kill it.” It fit and I was like, “This is dope.” That’s probably my proudest line.

I can’t choose between favorite songs because they’re like all my children.

I know you said you get inspiration from Sailor Moon. What kind of other stuff inspires your music?

I grew up watching a lot of Studio Ghibli, lots of animated stuff. I wasn’t super into animated series, but I was definitely into animated films. I don’t know what it is about animation that drew me in, but it’s always been a source of inspo. Whenever I feel stuck I’ll throw on Howl’s Moving Castle or Spirited Away,, and I’ll feel something that I’ve never felt, or notice things that I never noticed before. Every time I’ve watched it, I was in a different place in my life, even if it’s the same movie.

Who are some artists that you would say inspire you?

My two all-time favorites are Amy Winehouse and Kendrick Lamar, because with both artists, they express such a vulnerability in their storytelling. Amy Winehouse, for example, the bitch loved so hard, and she didn’t care. She wore her heart on her sleeve, and you can tell in her voice and in her songs and her lyrics that, when she’s hurt, she’s hurt, and she’s not afraid to show that. With Kendrick, the things he does with his voice when he raps or sings or whatever, it just … I had never heard storytelling like that before. And that was in high school, so I was always fascinated by that. So I think, definitely, a lot of my all-time favorite songs are from those two artists. And I can always listen to them and feel empowered and inspired by it.

What is coming up for you in the future in terms of music and projects?

What is something about you that your fans don’t know?

Ooh, I fucking hate celery … Literally the smell of it will literally make me throw up. I don’t know what it is, because people are like, “It doesn’t taste like anything.” I’m like “No shit.” But it smells really weird, and I don’t like it. I don’t get it. I do not understand it. It’s fucking weird. Get it away from me. I fucking hate celery, and I don’t think people know that.