The best and worst song from every album by The 1975 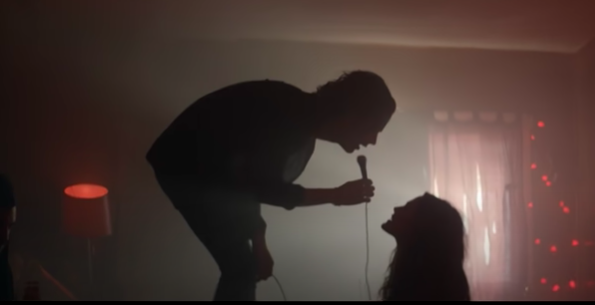 'Robbers' is the highlight of the 1975's self-titled debut album. (Image via YouTube)

In honor of The 1975’s new album, Notes on a Conditional Form, finally coming out, I thought I could take a look through the band’s hottest and not-est since its first album in 2013. Below are what I consider the best and worst songs on every album:

Upbeat, witty and catchy, “The Birthday Party” best encapsulates the vibe of The 1975 and cleverly uses different pitches to mock the seriousness of party culture. I get an in-depth look into Matty Healy’s inner dialogue concerning his love-hate relationship with fame and his shallow interactions with people.

My least favorite song on this album is “Bagsy Not in Net.” It doesn’t sound different to me than many of their other songs — and frankly, the repeating clicking noises just strike me as annoying. I like the lyrics, but Healy’s voice sounds like it’s underwater, and the weird pitches distract from what the song is trying to say. The song is too slow and lacks the profoundness usually found in the band’s melodies. It feels like it’s taking up space on the album rather than contributing to the meaning. Bagsy is not in my net.

[The 1975’s new album is a journey of vulnerability]

A Brief Inquiry Into Online Relationships (2018)

This was the hardest album to find a favorite song for, because I adore almost every track. At the end of the day, I settled on “Love It If We Made It.” Often described as the “We Didn’t Start the Fire” of the new millennium, this song is an incredible time capsule of some major — and tragic — 21st century events. This song also acted as a prelude to the band’s emphasis on the  need for social and environmental change in Notes On A Conditional Form.

The music video is a gorgeous political statement with spliced clips of protests, police and violence layered between flashing prime color shots of the band. It shows a diverse range of people and highlights hypocrisies and controversies, emphasizing that modernity has failed everyone. The song continues to be relevant today and may very well be the band’s magnum opus.

On the other hand, “Surrounded by Heads and Bodies” falls short for me. As lyrical as the title is, it’s too airy, and the instrumentals don’t strike me as anything special. The band fails to tell a complete story with the lyrics or suggest one solid feeling to get out of the song. However, it is a perfect melody to fall asleep to. Speaking of which…

I like it when you sleep, for you are so beautiful yet so unaware of it (2016)

It was also difficult to pick a favorite off this album. However, I went with “Loving Someone,” which acts as political and social commentary while speaking to Healy’s love of exploring relationships. The best way to decipher this song is a quick Google search for the lyrics (their British accents can be a bit thick sometimes), but I’m particularly a fan of the catchy rhythm and chorus. The band observes conditional love and homophobia with witty lines and its infamous dark humor: “We’re sentient, or something or other. I can’t remember, whatever.”

On the flip side, if you’re familiar with the song “Pillow Talking” by Lil Dicky, for some reason “The Ballad of Me and My Brain” feels like an eroded version of that track. The song wants you to take it seriously with its intense melody, but I really can’t when all I have in my head is the image of a little brain running away. In my opinion, this album doesn’t have a truly bad song — but I did need to pick on one and this track just felt out of place.

Forgive me for not choosing “Chocolate” or “Sex” as the top track, but every work pales in comparison to the sultry, suspenseful creation that is “Robbers.” The 1975 crafts a story of dysfunctional romance and a failed robbery heist, exploring the allure of being attracted to danger. It’s the band’s quintessential vibe: indie rock meets destructive romanticism. The narrative-type style so popular on the band’s self-titled album faded away significantly by the time they got to their most recent album — and this track reminds us of the power songwriting has as a form of mystical storytelling. The song remains true to Healy’s exploration of drugs and love, and the music video is also a strong supporting element. If you want to feel like the main character, blast this while driving a teensy bit above the speed limit. It never gets old.

And on the low end — does anyone even remember the song “Pressure”? I’ve listened to it a few times now in preparation of this article, and every time, I just can’t seem to recall anything from the song. The instrumentals aren’t special, and the song never seems to hit a point of peak action. This song definitely falls into the category of dud.