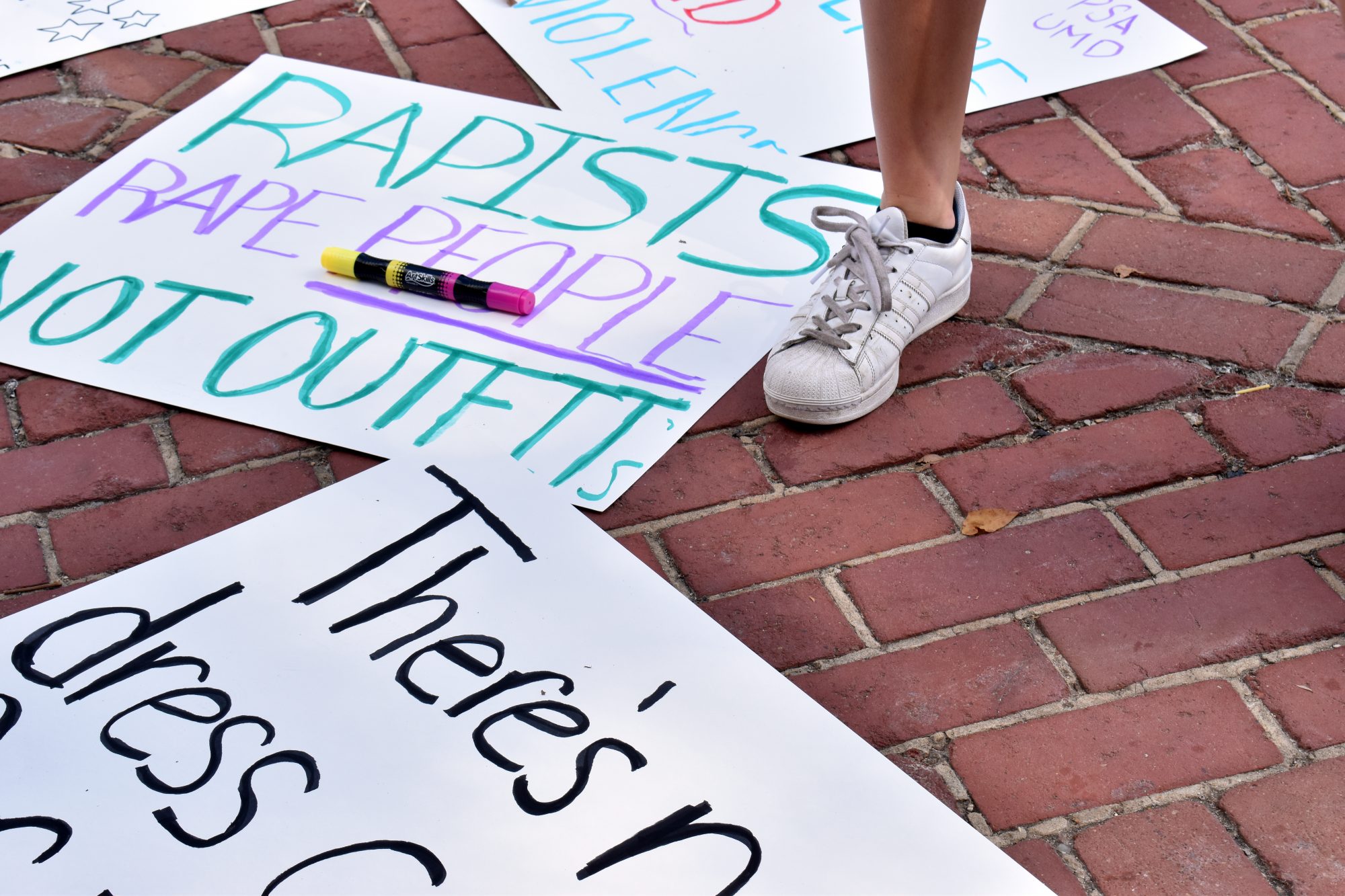 The Title IX regulations, released earlier this month, will add a court-like process to sexual assault accusations, with a live hearing and cross-examinations. The petition, started by a student group called Preventing Sexual Assault, condemns these changes and calls on the university to support survivors throughout the process.

“One of the biggest things of the petition was not necessarily to attack the administration, but just to show them that students are watching, and that students want to help, and that we want our voices to be heard throughout the process,” said Lizzie Mafrici, the petition’s co-author and PSA’s incoming president.

“There’s a lot that I find unacceptable,” Loh told The Diamondback earlier this month. “But then there are a whole bunch of things that I can live with.”

PSA’s petition criticized the changes, calling them confusing and “purposefully complex in nature,” saying they promote the hostility that discourages survivors from speaking out.

The petition also recommended that the university take action beyond the Title IX standards, advocating for investigations of off-campus sexual assaults and a clear and comprehensive definition of what constitutes sexual harassment.

Many organizations have signed onto the petition, Mafrici said. This supports the petition’s overall goal: to create a collaborative effort to protect survivors among student groups and the administration, she said.

“At the end of the day, it’s all of our issue,” Mafrici said. “There isn’t one subset of campus that’s not affected by trauma.”

Several student groups — including the Panhellenic Association, the Interfraternity Council and CHAARG, as well as some club sports teams — have pledged their support for the petition.

Campus groups have a significant influence on campus culture, said Alex Viscount, the Greek relations chair for PSA and Zeta Psi president, who helped coordinate the IFC’s signature of the petition.

“This is a great opportunity for IFC and for Maryland to lead the charge, making people feel safer and doing the right thing,” said Viscount, a rising senior economics major.

The university’s plans to implement Title IX changes have been “trauma-informed and survivor-focused,” Mafrici said. The university has been responsive to the petition, she said.

Grace Karmiol, the Office of Civil Rights and Sexual Misconduct director and Title IX coordinator at this university, has invited PSA into a Title IX working group over the summer, which would bring student voices into the implementation of changes, Mafrici said.

The university has no definitive plans for implementing Title IX changes at this time, Karmiol wrote in a statement.

“We are currently reviewing the new Title IX regulations. In the meantime, we continue to respond to all complaints of sexual misconduct, lead thorough investigations, and implement prevention and education programs, while working and learning remotely,” she wrote.