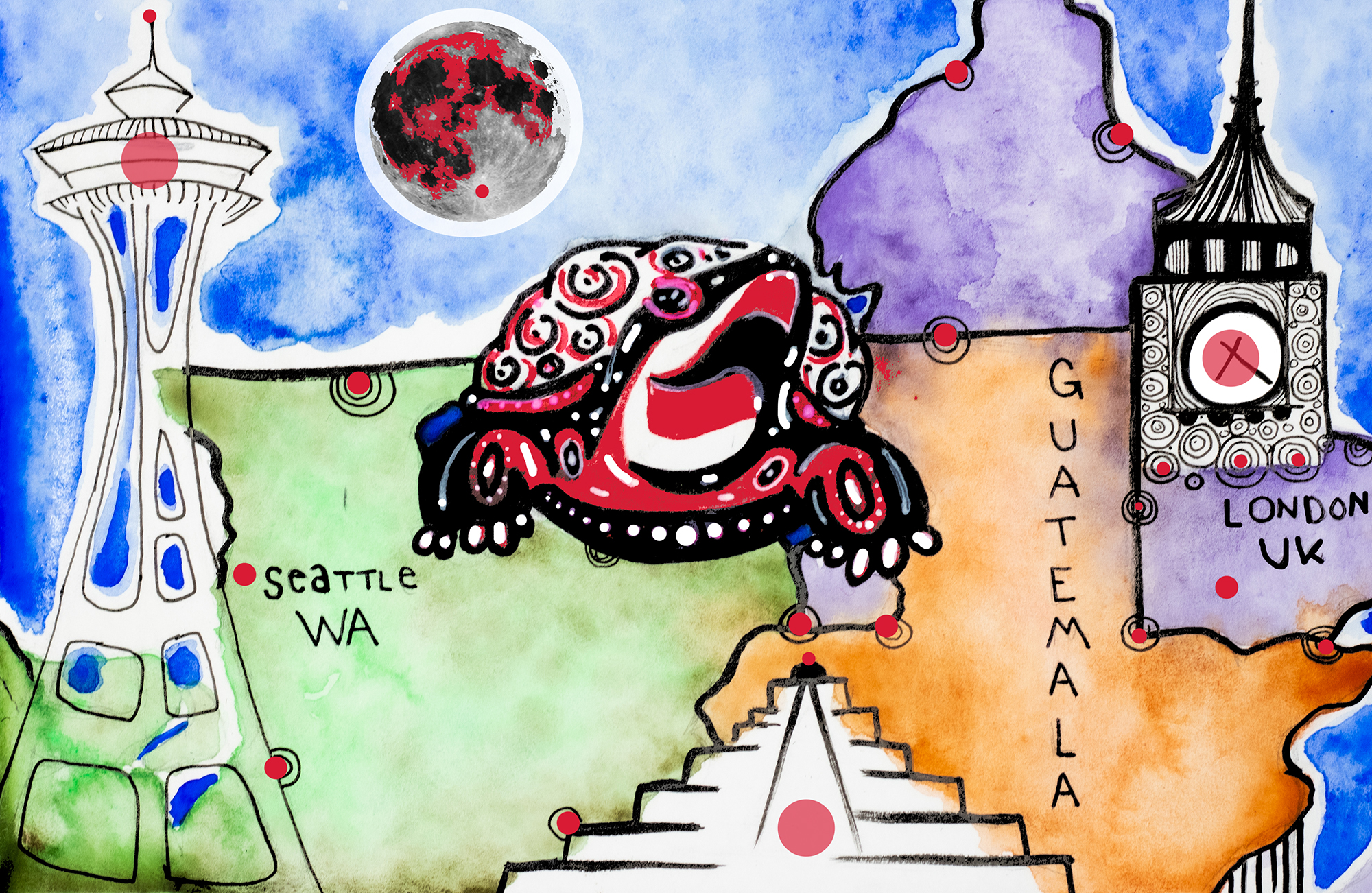 Due to the coronavirus pandemic, some University of Maryland students now find themselves in time zones that are vastly different from those of theirs peers and instructors. (Illustration by Julia Nikhinson/The Diamondback)

Before the novel coronavirus pandemic cut Brianna Laurencio’s exchange program in the United Kingdom short by more than two months, she woke up at around 9 every weekday morning, with her earliest class at 11.

Her daily schedule is a bit different now. At home in Prince George’s County, she wakes up at around 4 a.m. every weekday, and her earliest class starts at 6 a.m. EST.

With the five-hour time difference, her schedule has been upended so much that it’s almost like she never left the U.K.’s time zone. Even though she’s been living with her family, she says it sometimes feels like she’s living on her own.

Adjusting to life in a world upended by a global pandemic is hard enough, but the challenges are compounded for students who live outside of the time zones where their universities are located. Some say their daily routines have been turned upside down as they struggle to continue attending live classes.

Jonah Anderson, who is taking classes from his home in Seattle, said it did not cross his mind that the three-hour time difference could pose challenges for his academics until a few days before classes resumed in April.

Anderson said his professors have been accommodating, though — something Laurencio agreed with, saying it gave her “a sense of reassurance.” One of Anderson’s professors even bumped the start time for a class back by an hour, so Anderson could attend it at 7:45 a.m. PST, rather than 6:45 a.m.

“I didn’t even have to ask, she just thought of me and knew I was going to be in a different time zone,” the senior Arabic and journalism major said. “It was really nice.”

Ashley Peccerelli, a senior journalism major, has also found her professors to be understanding of students’ differing circumstances, conducting surveys to better understand their situations.

Peccerelli lives in Guatemala, and even though there is just a two-hour time difference, she said she’s had to make some adjustments to her schedule. Specifically, Peccerelli has had to change how she approaches finishing assignments.

“We’re in college, and we procrastinate, we wait for the last minute,” she said. “For me it was like, ‘Oh, I have to make sure that I try to turn it in before 10 p.m. Guatemalan time, because that is midnight over there.”

[Read more: UMD administration offers a glimpse of what a return to campus this fall could look like]

After nearly two months of living as if she were in England, Laurencio is just looking forward to the semester being over and having her schedule return to normal. However, she’ll have to wait a few more weeks, as her school year is not supposed to end until mid-June.

“None of us was expecting this,” she said. “I just feel like everything has just been taken away from me at this point.”