‘Never Have I Ever’ represents South Asians, but stereotypes Jews 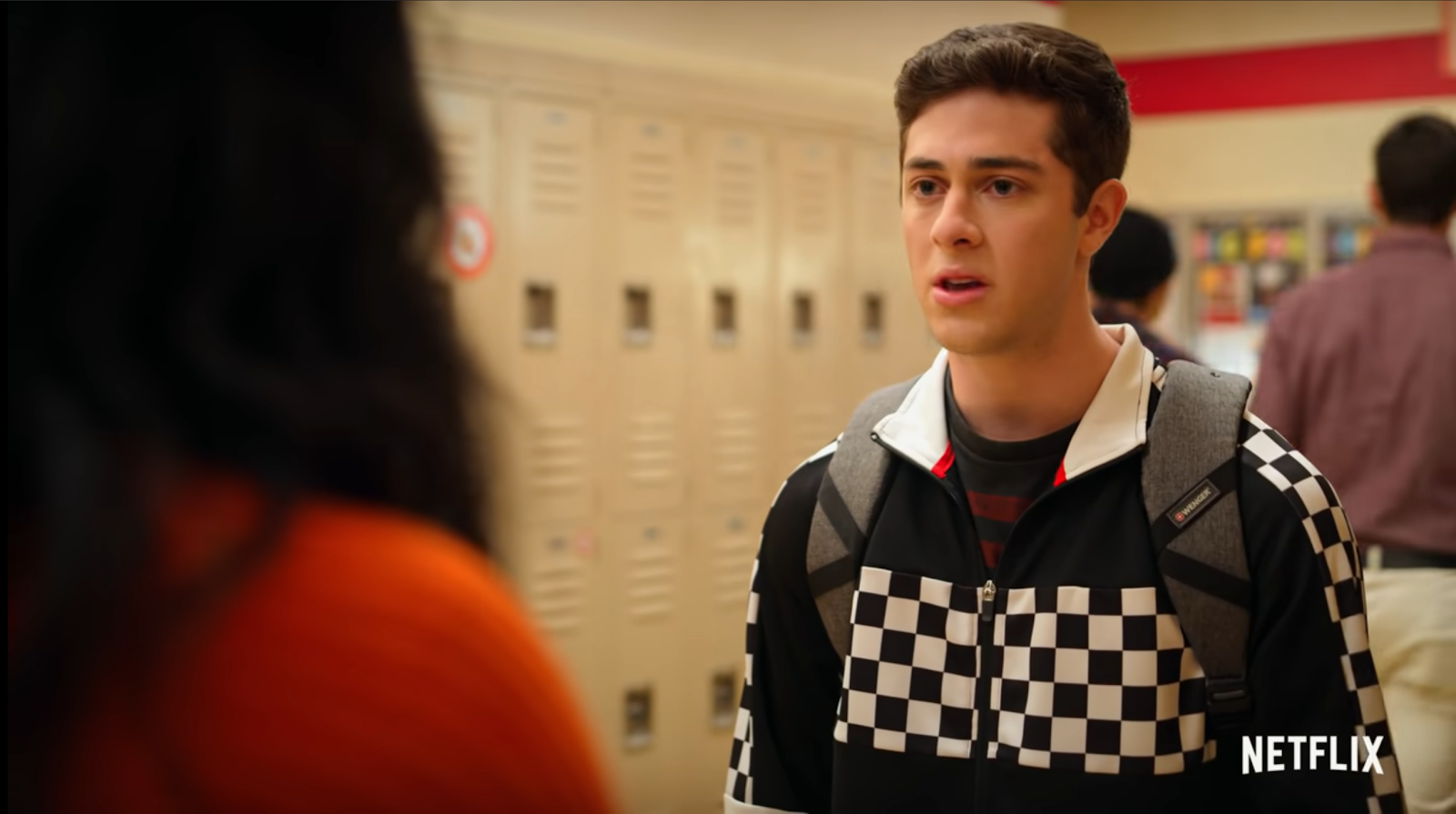 'Never Have I Ever' is currently streaming on Netflix. (Photo via YouTube)

Mindy Kaling’s new show, Never Have I Ever, dropped on Netflix last month to delighted critic reviews. The show, a ten-part high school dramedy, breaks barriers. It mixes teenage absurdity with thoughtful reflections on grief, and it stars a dark-skinned Tamil actress in a media landscape largely devoid of melanin.

It also, frustratingly, makes use of tired anti-Semitic tropes.

Kaling’s show centers on 15-year-old Devi, a high school student whose father recently died. Never Have I Ever follows her journey of grief, along with her quest to catch and keep a boyfriend.

In the first episode of the show, we meet Devi’s academic rival, Ben Gross.

The writers make it clear from the start that Ben is Jewish, from his conspicuously Semitic last name, to the near-constant mention of his bar mitzvah, to the fact that his father is a “top entertainment attorney.” Though these tipoffs get the job done, they aren’t exactly nuanced.

Ben’s shocked face mirrored mine in the reflection of my laptop screen. Cue, next scene. After a short scolding from the principal, Devi apologizes, and she and Ben make up:

Ben: “It’s okay. I could tell something bigger was bothering you.”

As a Jewish person watching this scene, I felt conflicted. Holocaust jokes are tricky. I’m not suggesting we can’t make them; my own culture uses humor as the primary way to confront pain. But is it right to resolve a scene like this so easily?

Make no mistake: I’m a longtime Mindy Kaling fan. I watched The Mindy Project in high school, and I read Kaling’s memoir Is Everyone Hanging Out Without Me? in one sitting on a flight. It pains me to find such glaring fault in her work.

But the tropes continue.

In the fourth episode, Devi and her family are on their way to a celebration for the Hindu festival Ganesh Puja. Devi asks her mother why the festival is held every year at her high school, while Ben had his bar mitzvah at the Dolby Theatre, where they host the Oscars (I laughed at this one — it’s just so ridiculous).

“Jewish people know how to save,” her mother responds with a flick of her wrist. “Us Indians, we get a little bit of money, we go straight to Home Depot to buy a cement fountain.”

This allusion to Jewish money made me want to shrink into the floor. The line speaks to a real ignorance around Jewish stereotypes. That surprises me, given that Kaling has worked with Jews her entire career and apparently celebrates Passover, according to her Twitter feed.

Never Have I Ever continually defines Ben by his money. Shots of his house reveal a mansion of epic proportions. In one scene, Ben’s father hands him a wad of cash and says to his son, “Thousand dollars sound good? If you need more, just call.”

The idea that Jews are miserly, magpie-like and obsessed with money is a centuries-old Jewish stereotype that feels redundant to even type out. It is older than Dickens’ Oliver Twist, in which the hunchbacked Jew Fagin exploits a group of starving orphan boys for their meager savings; older still than Shakespeare’s The Merchant of Venice, in which Shylock the Jew demands his “pound of flesh” from an indebted merchant. I didn’t even have to crack a book to recount this literary history.

As much as Never Have I Ever oversimplifies, it gets some things right — namely, it gives South Asian women a platform. My roommate and dear friend, Kavya, is from South India, and she is Tamil. Like many Tamil people, she has dark skin (dark for Hollywood, that is). Kavya felt gratified to see someone who looked like her on screen — not just as a token person of color, but as the star. It made me feel good, too. Staring at Devi’s thick, wavy hair and mischievous smile, I saw my friend. In this time of isolation, for a second, I felt less alone.

Kavya only knew a handful of Jews before coming to this university. Together, we learned about each other’s cultures. If we hadn’t met, our mutual knowledge might not be as rich as it is. It might be dictated less by the people in front of us and more by the media we consumed.

Kaling has done a good thing by featuring a dark-skinned Dravidian girl as her lead, suggesting that non-European women are beautiful, smart and worthy of love. But it’s not enough to put minorities on the screen. We can’t let writers off the hook when they get one thing right about one culture. We can’t pick and choose who gets to be nuanced, and we can’t characterize shows as good and bad, simply based off of the skin color of the star. We have to learn the history, and we have to do the work.