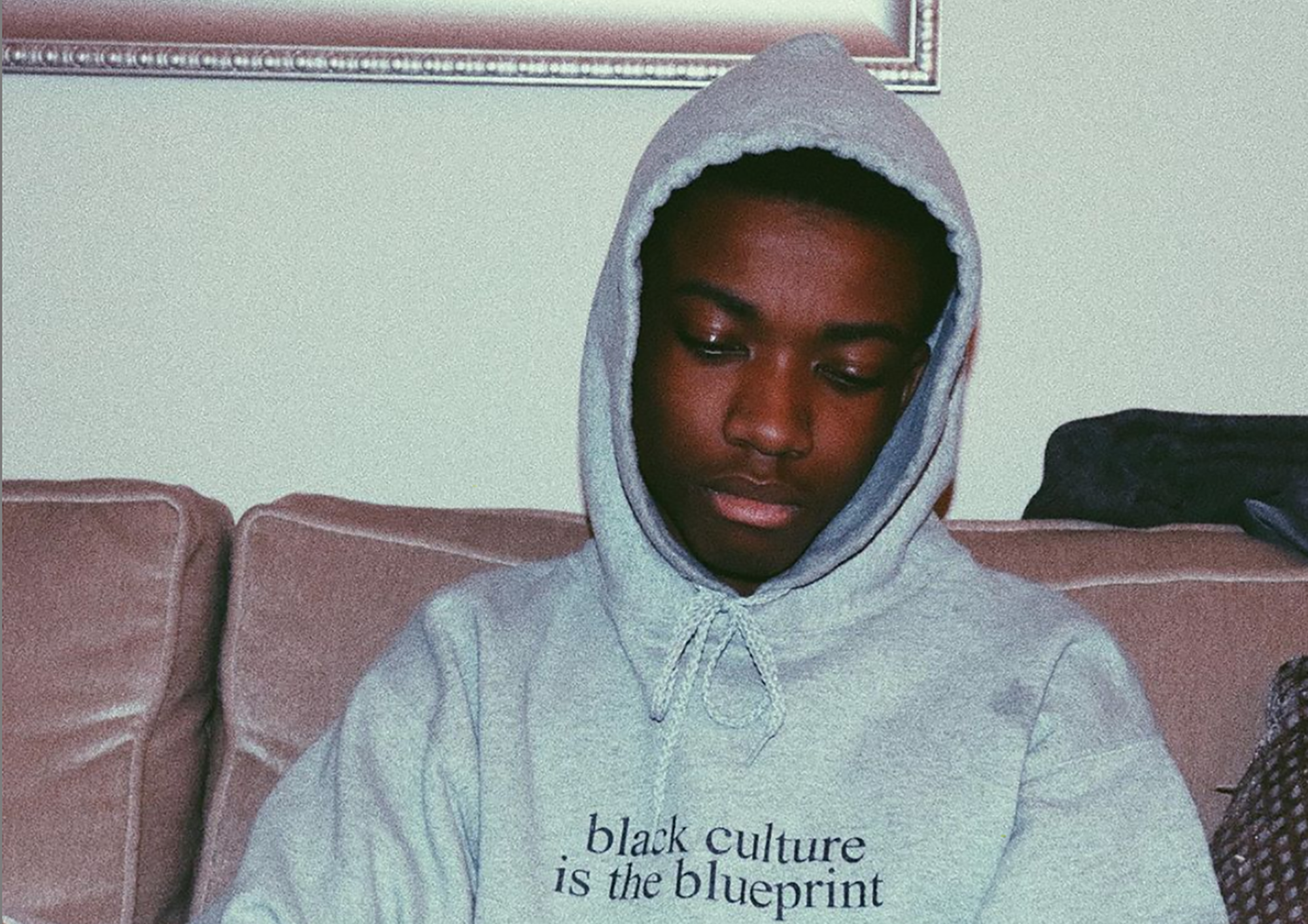 The Prince George's county rapper currently has over 1,500 followers on Twitter. (Photo courtesy of redveil)

A new face in the rap game, redveil has recently garnered a lot of attention. At just 16 years old, his smooth voice, impeccable flow and clever wordplay are extremely polished.

Multimedia brand Lyrical Lemonade recently promoted his song “Soulfood” on Twitter, and his straight-to-Twitter “quarantine freestyle” was replied to by SHREK KNOWS RAP, a rap account with over 100,000 followers.

Redveil — real name Marcus Morton — began making music when he was about 11 years old, learning how to use the digital audio workstation FL Studio by watching his brother use it.

I recently caught up with the young rapper on FaceTime to talk about his goals, influences and DMV rap.

This interview has been edited for grammar and clarity.

CS: What have you been up to lately?

If you had to describe your music to someone, how would you describe it?

At this point, I would say it’s triumphant, bright and sunny.

Do you always make music based on how you feel, or are certain songs aiming for a specific sound?

That’s how I used to make music a little bit ago. When I changed my name to redveil, I threw out the idea of making songs to make songs. It became more of a reflection of me as a person. But even then, though, I was making stuff that was a reflection of me, but it was way darker. The point that I’m at in my life now, it’s just all bright, basically.

So you started putting material out on SoundCloud. How did it grow from there?

[SoundCloud] was the training phase. I used to rap under a different name, which I’m not going to say on here … At that point, I was doing a lot of different sounds. I was doing a lot of trap stuff and also some lyrical stuff — it was all over the place. I was trying to see what stuck the most, what people responded to the best, and once I figured that out … that’s when I started redveil. That’s when I put more emphasis on my music getting to all platforms and trying to distance  myself from the “SoundCloud rapper” thing. The majority of music listeners are not on SoundCloud, so to put all of my stuff on SoundCloud … it was not a sustainable way to put out music.

In “Uno,” you say, “Now I fuck with the city more than I fuck with myself.” Can you elaborate on that?

That’s crazy. When I said that, I was talking about [Prince George’s] County. This is something I kind of elaborate on in “My Grave in Largo.” I was talking about how P.G. and the DMV in general has grown on me a lot in the last few years … I kind of used to resent where I was from. When you stand out as a person and you’re “different,” you are who you are despite your environment … instead of as a result of it. That’s an attitude that I’ve been growing out of recently, embracing my surroundings more.

Do you work with other DMV artists or listen to them to be inspired, coming from a similar area?

For the redveil stuff, it’s not so much from a rapping perspective that the DMV influences it. I do work with DMV rappers and I produce for DMV rappers so I definitely work with people around here. I have features from my friends from the DMV, but it doesn’t sound like “DMV rap.”

Who’s your biggest influence that you know personally?

I would say a lot of people in the Twitter hip-hop scene that are buzzing at a point higher than me. That’s really motivating to me. For one person that I personally know, Lonny Starsky. They’re a band. Besides that … that’s a tricky question. There’s not really one person that inspires all of me.

If music keeps up, where do you want to be in five years?

Do you plan on staying in the DMV?

I do like it here, but at some point, I’m gonna have to see the rest of the world. When I go to college, I want to go to the South, somewhere around there.

You seem pretty grounded and focused for a 16-year-old. What do you attribute that to?

I feel like my mom is a big part of that, because the household I grew up in never dumbed shit down for me. They don’t talk to me like I’m a kid. We talk about real stuff. At the end of the day, if it doesn’t affect me now, it’s gonna affect me later. That’s the type of household I want to have later in life when I have kids. I want to be able to be real and not have to oversimplify anything.

How are you taking advantage of quarantine?