The best coronavirus-inspired memes for your enjoyment 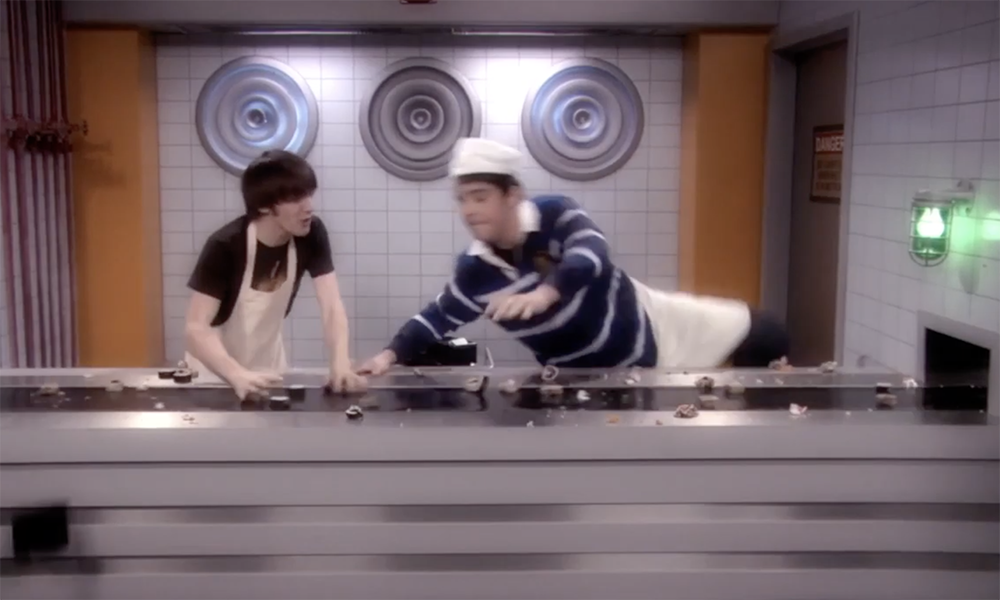 Some Twitter users have compared keeping up with online classes to this iconic scene from 'Drake & Josh.' (Photo via YouTube)

When there’s any type of crisis, Twitter is always on its A-game. Social media, in general, can be therapeutic in times of catastrophe. Just seeing that you’re not the only one feeling freaked out and lonely can be a helpful support system. Social media has lived up to these expectations during the pandemic — there have been hilarious memes across social media over the past month, about the coronavirus, boredom, politics, loneliness and just about everything in between.

It’s important not to trivialize or make fun of the situation. However, even silly memes can be a relief and a much-needed distraction to some. Laughing has many health benefits and can even lower anxiety. If you’ve been feeling scared, lonely or stressed, take a look at these memes. Laugh the pain away with me and all the memesters around the world.

These memes have been curated from the hours I spend on Twitter, but @quentin.quarantino on Instagram also has great content. Here are the funniest memes from the disaster that has been the past few weeks.

Y’all should never have given me that $1200 ???? pic.twitter.com/YFSvEKHeGl

These memes have me geeking. After the government announced it would send $1,200 checks to citizens — excluding many college students, among others — users took to Twitter to post the most ridiculous things they plan to buy with their stimulus checks. People definitely got creative for this one. The more absurd the purchase, the funnier it is.

Amid social distancing, I can safely say we’ve all tested positive for missing the homies. There have been several variations of this meme, but the premise still rings true, even weeks after I first saw it on Twitter. People are lonely. If you can’t find humor in these memes, hopefully you can take comfort that everyone around the world is missing their homies, too.

Day 6 of Quarantine: C-Section went smooth. The Cuties are in great shape and mother is recovering pic.twitter.com/wAyLkYiKxh

Being stuck in between the same four walls can make you go a little stir-crazy. Time in quarantine has taken boredom to levels I could’ve never even imagined. People have posted on Twitter and other platforms “Day __ of Quarantine” with a humorous picture to show exactly how insane they’ve gone. I’m sure these tweets will become even more entertaining and insane as social distancing drags on.

I’m not sure of this meme’s origin, but it’s been all over Twitter lately. It plays with the title of the TV series Gossip Girl in an exchange between two characters, Serena and Blair. These have been random, but absolutely hilarious. Most of the lines are stupid, but when paired with the pictures, I crack up. There are endless variations of this meme.

Due to less air pollution the sky is so clear ! I can see the Universal logo ! pic.twitter.com/EqiqIDL4JJ

The coronavirus lockdowns have caused air pollution levels to fall in many major cities. The air is becoming so clear, people are starting to see things they’ve never seen before. The Universal logo, the Star Wars opening crawl and the boy sitting on the DreamWorks moon are all visible now! Grab your binoculars and see what you can find in the cleared skies.

[Read more: During quarantine, Club Penguin has become more chaotic than ever]

Wow. This is Chicago, IL where the bean’s babies have finally returned after not being seen for over 100 years. The earth is healing, we are the virus. pic.twitter.com/vDeojTAB9j

Again, because everyone is staying home, people are posting all the magical things that have happened on Earth now that it has had time to heal. Hotdogs, Chicago’s bean babies and many other natural specimens are free to roam without human interference. These ones are silly, but I’m obsessed with them.

“how are online classes going?” pic.twitter.com/XrvVmY36hb

Most students are struggling with online classes. There’s a lot of funny content about how students are coping (or not coping) and staying motivated while home. My favorite one compares it to the Drake & Josh scene, which pays homage to I Love Lucy, where the brothers are employees trying to manage a sushi conveyor belt. The sushi continues to pile up, much like the amount of schoolwork you’ve been putting off.

Me explaining to my children what happened in 2020 pic.twitter.com/N0ZTodlpMi

These memes are for the people who have just given up. And it’s okay — times are tough. Personally, I’m a fan of memes laced with darker humor and, seeing as there’s no clear end to this crisis, it’s easy to feel hopeless at times. However, you can take comfort in the fact that many people around the world are feeling the same way. Misery loves company, right?

Our president and Lysol meme

In a briefing, President Trump proposed a potential idea to kill the coronavirus: inject disinfectants into the body. After much backlash, he now claims this comment was “sarcastic,” but it hasn’t stopped the onslaught of roasts. In trying times, at least we can depend on constant fodder for entertainment from the government.