How the cringe culture of 2012 can still be seen today 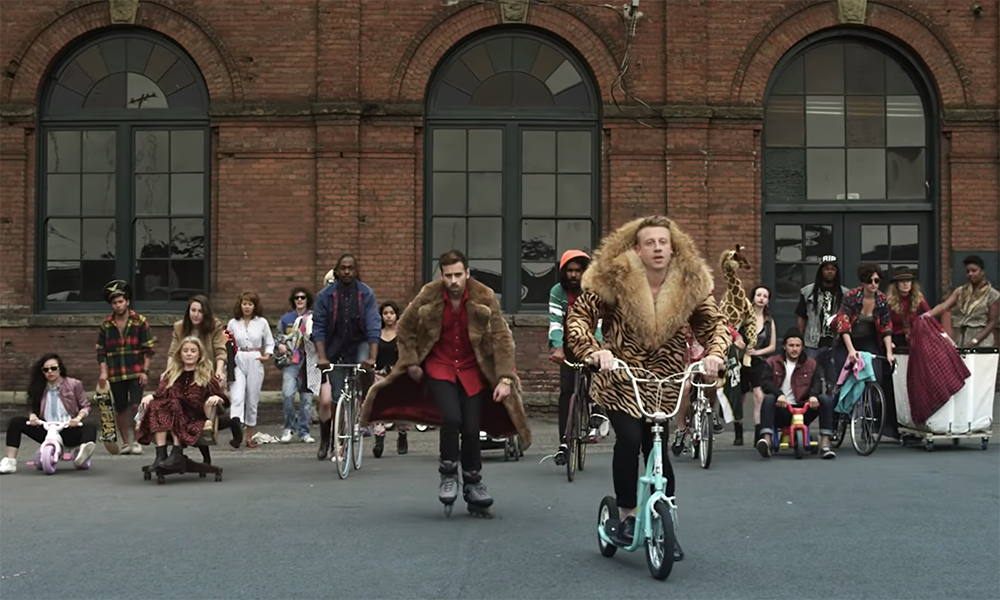 For many of us, the year 2012 is a deeply buried memory. Some might remember the predictions based on a supposed ancient Mayan prophecy and calendar that said the world’s end awaited us that December. Despite good old-fashioned science and logic, we couldn’t get enough of the fearmongering.

Now that our familiar lifestyles have been upended due to a global pandemic, I can’t help but wonder why my 12-year-old self was so excited to meet the world’s end.

You can find warnings of the “new normal” from almost any news outlet. As the death toll from the coronavirus rises and stay-at-home orders are extended, our current state easily resembles an apocalyptic scenario straight out of Hollywood. 2020 is everything that 2012 wishes that it was, unfortunately for us, and that goes beyond our world’s complete disruption.

As we were preparing for our untimely death, our popular culture was strange, to say the least. After happily surviving to see 2013, we attempted to bury our cringeworthy trends of galaxy print and mustaches in the imaginary rubble that was 2012. We may not have as cringey trends now, but 2020 is more similar to 2012 than we may want to admit. Here are all the ways I’m living in a replication of seventh grade — including that same fear of the end of the world.

Bacon is undoubtedly a staple American food. For whatever reason, though, people worshipped it in 2012. Companies attempted to reproduce its greasy goodness in everything from lip balm to soap. Now, in 2020, avocados are the trendy food of choice for toast, salads and more. Viral images of them catch eyes on Instagram feeds and T-shirts, too. Just like bacon lovers in 2012, avocado addicts are often called “basic.”

Many of us didn’t have iPhones hidden in our middle school lockers, but we were exposed to the earliest versions of Instagram and Snapchat through our iPod Touches. Kik was a 2012 must-have messaging app that made us grow up faster due to the often racy conversations we had on the platform. We may have upgraded to Tinder as adults, but Kik is certainly the humble beginning of our generation’s online flirting mastery.

[Read more: Why quarantine has turned us into 10-year-olds]

It is without a doubt that our internet humor has evolved far past our earliest 2012 memes. “One does not simply” make memes in this new decade without remembering the way wee used to love Chuck Norris.

“Me Gusta” and “Forever Alone” faces were no longer popular after my time in middle school, but the love for simple and relatable memes can still be seen, but in a new form: TikToks. They allow us to laugh at dark humor and participate in viral trends just like we did in 2012. It’s debatable whether our humor has progressed or regressed since then, but our eagerness to laugh with and relate to each other is still present.

TikTok is also the go-to platform for dance challenges inspired by popular songs. Users are familiar with Megan Thee Stallion’s “Savage” dance and the Renegade. However, TikTok’s power is nothing in comparison to YouTube’s viral videos that taught us dances to Psy’s “Gangnam Style” and Baauer’s “Harlem Shake” in 2012.

K-pop also started growing as a powerful subculture in the United States partly because of Psy’s success in 2012. Now, BTS and Blackpink have massive fan bases here.

Popular artists from 2012 such as Nicki Minaj, Flo Rida, Justin Bieber and even Pitbull are still successful today, but their earlier music is arguably some of their best. It resurges memories in college students’ minds of middle school dances or bar and bat mitzvah celebrations.

More Americans, especially young adults, are considering ethics and sustainability more than ever while shopping for new clothes. Often, though, shopping ethically means spending more money to support brands that follow respectable values. For those buying on a budget, thrift shopping has become a solution — anyone remember Macklemore’s 2012 smash hit “Thrift Shop”?

Apps such as Depop and Poshmark have also grown in popularity for people looking to resell clothes and accessories that they may have picked up at their local Goodwill.

Big brands are also trying to design clothes that mimic the vintage look of the ‘90s-esque pieces people are thrifting. So, slip dresses, sweat suits and bucket hats are all surging in popularity. Luckily though, 2012’s crosses, dip-dye and studs have not returned to contemporary closets yet. Hopefully, insensitive feather accessories and Navajo prints never do.

Our love for Netflix was obviously not as strong in 2012 as it is now. However, Netflix and other streaming services have allowed us to rewatch and stay addicted to shows we loved years ago. They have also allowed us to join in on the hype for shows that we may have missed while they were on air.

Breaking Bad, Mad Men, Parks and Recreation, How I Met Your Mother and New Girl are just a few of 2012’s top shows that have remained incredibly popular, thanks to our 2020 streaming habits. At this point, I’d bet most Netflix users have seen at least one episode of The Office.

Clearly, the culture that has surrounded our preparations for global turmoil in 2012 and 2020 are oddly similar. While the state of the world rapidly changes, there is some comfort in knowing that societal constants aren’t going anywhere. People will always be watching Grey’s Anatomy, and “Starships” by Nicki Minaj will always be a banger.