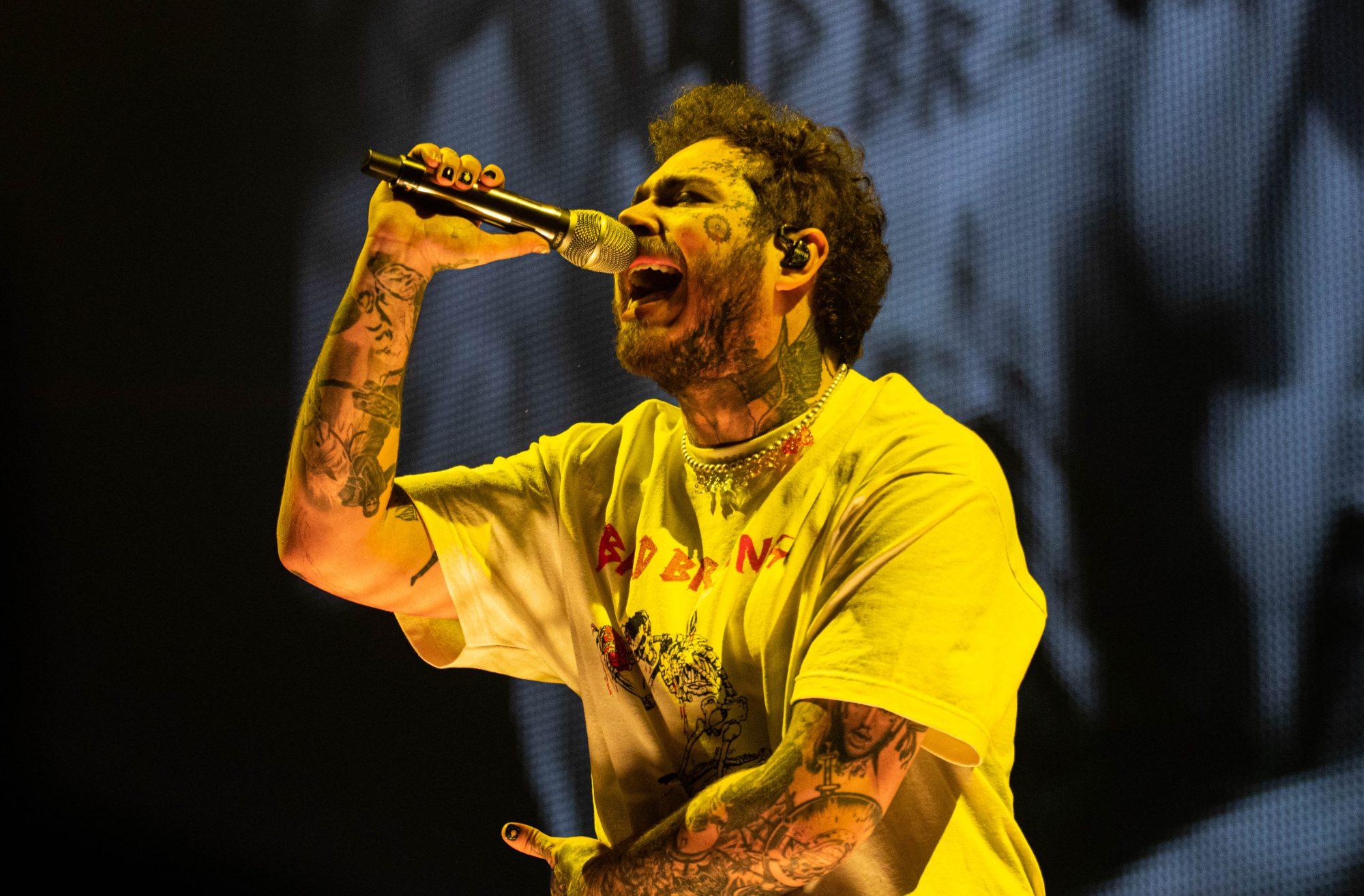 Post Malone knows how to draw a crowd. After his Nirvana-themed World Health Organization tribute livestream Friday, a YouTube video of the event has drawn almost 8 million views and is now linked to a fundraiser that has accumulated over $4 million. Not bad for a nostalgia-filled ‘90s fest.

Posty has never been one to shy away from his anachronistic music tastes. From the ‘90s all the way back to the ‘60s, Malone has more musical loves than tattoos. One of his biggest influences is Bob Dylan, the folk-turned-electric trailblazer who always cared more about the lyrics than the voice that carried them. (A Dylan book can be conspicuously viewed behind Malone during the livestream.) It’s always been that way, and Malone is no different. Even if this time he was channeling Kurt Cobain, his voice swung disorientingly between a Southern twang and a nu-metal yelp, but it still felt like the spirit of the lyrics was the main concern, with which he fit in well.

The selection was diverse. Nirvana only released three albums during Cobain’s lifetime, comprising a mere 36 songs, but Post Malone’s selection was a healthy balance of hits and obscure tracks: Deep cuts such as In Utero’s “Very Ape” and “Frances Farmer Will Have Her Revenge on Seattle” rubbed elbows with Nevermind favorites like “Lithium” and “In Bloom.” However, he chose to not play “Smells Like Teen Spirit,” the one Nirvana song even your grandma probably knows.

There were moments of light-hearted entertainment as well — both Post Malone and bassist Brian Lee wore dresses (Cobain was known to rock a dress once or twice himself). Post thanked the audience roughly a trillion times, too, and at one point, he broke out into a Running-Man-style dance. While Nirvana has often been associated with a dark, brooding figure, Malone reminded people that Nirvana was just as goofy and fun as any other band.

So is Post Malone the next Kurt Cobain? Woah, let’s slow down a little bit. For one, Post has a lot more mainstream success than Cobain, Krist Novoselic and Dave Grohl ever had. Nirvana peaked at No. 6 on the Billboard Hot 100 with “Smells Like Teen Spirit”; Malone already has four No. 1s on that chart. Nirvana was seen as the leader of a regional scene putting authenticity back into the mainstream; Post Malone isn’t tied to any specific scene and has dodged allegations of appropriation just for being a white rapper who likes to mix genres. Nirvana’s influences were pretty much limited to The Beatles and punk bands such as Pixies and Hüsker Dü; Post Malone is a key player in the streaming era where kids can easily listen to any genre from any time period, and thus are able to absorb large swaths of diverse styles. He shouldn’t be too worried about aspiring to be Cobain, and no one should be too quick to put them in the same realm.

Post Malone is one of many artists jumping on the livestream train. The newest trend in music has become letting the public into the houses of notable musicians such as Elton John and Lady Gaga. Post, knowing his stature, decided to turn his into a tribute to one of his biggest influences.

What’s strange to me is that this could very well introduce some people to Nirvana. When I was growing up, Nirvana was so prevalent and mythologized that even the kids who didn’t listen to rock music knew who they were. Dave Grohl was a walking god, Kurt Cobain was a living ghost and Krist Novoselic was … well, he was the bass player.

Every band I have ever played in has at least jokingly played a Nirvana song, and a number of bands have unironically played them because everyone in attendance knew their material. If you were born between 1960 and 2000, you were close enough to Nirvana’s run that they still loomed in all facets of music.

But it’s different now. Nevermind is going to have its 30th anniversary next year. Sure, time gaps mean less in a digital world where anything can be rediscovered easily, but we’re already on our second/third generation of hand-me-down Nirvana fans. For reference: Post Malone was born more than a year after Cobain took his own life. Nirvana has always been a non-tangible entity for him.

But what Post Malone gave to Nirvana was an extolment. It’s hard to see this as anything but a big Nirvana fan playing the music he loved growing up for a wide audience. There’s something incredibly pure, and frankly adorable, about that. He was smart enough to make it for a good cause, recruited a tight backing band to keep the music from veering too far into its rough edges and ultimately played a respectful set that could appease even Courtney Love. Good work, Posty.