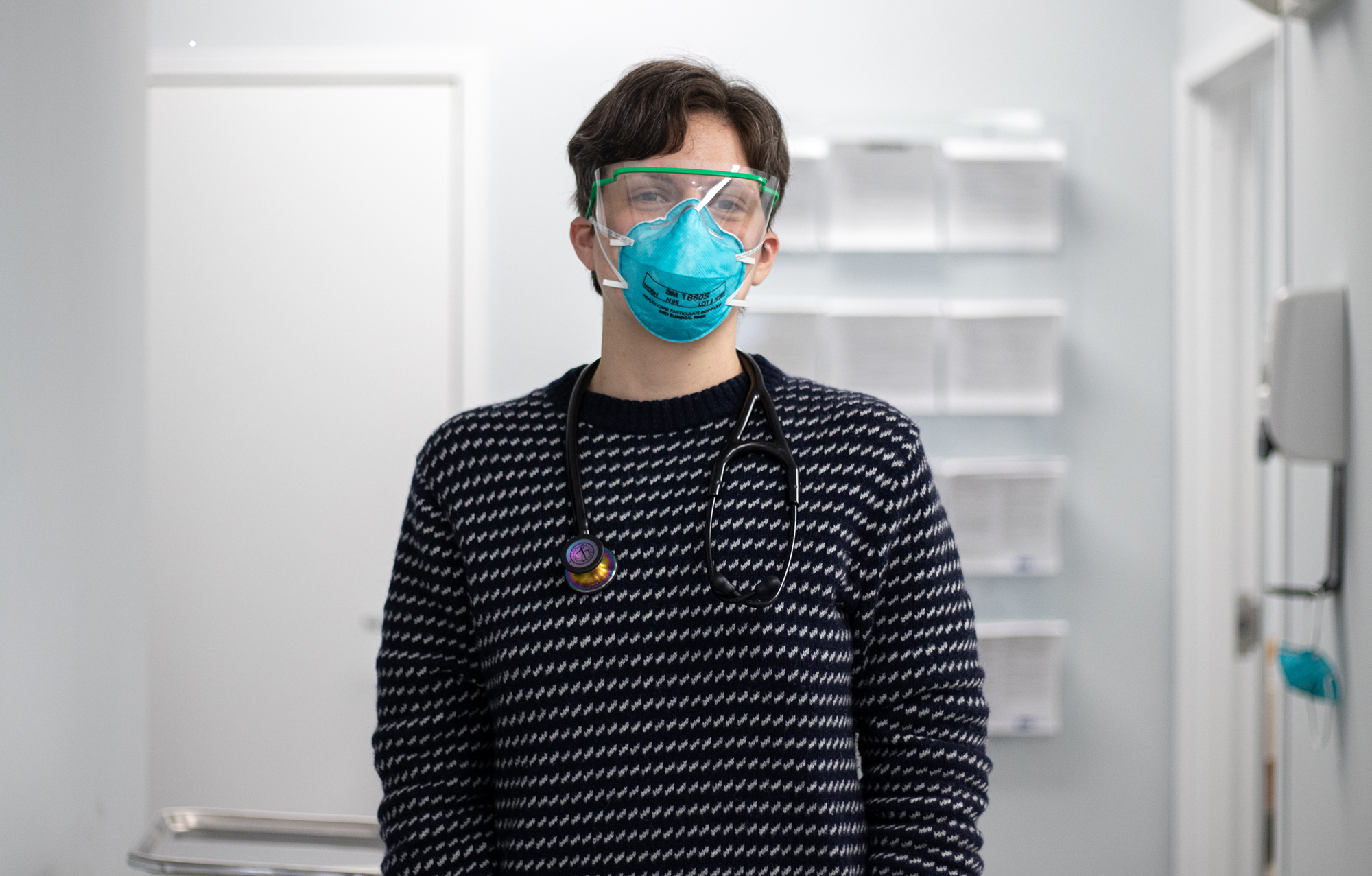 Since the start of the coronavirus outbreak, Julia Gabriel has seen a pattern among her patients: elevated levels of anxiety.

Gabriel works as a nurse practitioner at an urgent care clinic in Langley Park. Even before the outbreak, worry was something familiar at the center. About 90 percent of its patients are uninsured and many are undocumented immigrants, meaning they are often hesitant to seek health care, she said. Some haven’t been to a doctor in 20 years.

And with the novel coronavirus sweeping through Prince George’s County, Gabriel said the increased anxiety has been palpable at the clinic. Many of the patients work low-paying jobs, so they worry that getting sick could limit their ability to make money.

“They’re like, ‘I don’t know if I’m just stressed or if I’m sick.’ And it’s the financial insecurity coupled with the fear of getting sick that is so stressful for people,” Gabriel said. “They don’t have other options. They have to go to work in order to eat.”

Anxiety surrounding the virus is apparent nationwide. A March poll conducted by the American Psychological Association found that 48 percent of Americans are nervous about contracting COVID-19. And the nerves affect medical professionals, too.

Jazmyn Pinkard, who volunteers as an EMT in the Prince George’s County Fire/EMS Department and in Washington, D.C., said her stress was high in the early weeks of the outbreak. She’s never experienced anything quite like it.

“Everyone’s waiting for the next step, seeing what happens next,” Pinkard said. “It’s a lot of uncertainty.”

Gabriel said she was also anxious in the early stages of the outbreak since she was learning new information daily.

“It was definitely overwhelming,” she said. “And I felt like I was gonna have to fend for myself to make sure that the staff and the patients were as safe as they could be.”

For Mary Jelacic, who leads the Pregnancy Aid Center in College Park, part of her staff’s concerns stems from the patients’ worries.

The center, which opened in 1974, helps women through the pregnancy process, and now, the patients’ partners are not allowed inside the facility.

“My profession, we work with people who have anxiety, and we treat them for that,” she said. “So I can just sense it in the general population and within the staff, there’s a heightened level of anxiety, because nobody knows what’s happening.”

However, for Pinkard and Gabriel, as more information about the virus became available, some of their worries subsided. Many of Gabriel’s patients only have mild symptoms, which has reassured her that even if she gets the virus, the symptoms might not be so severe. And Pinkard is not as concerned about going on coronavirus-related calls.

“I know what to do, I know how to protect myself, I have the proper PPE,” Pinkard said. “I still take the proper precautions and everything, but it’s not as bad for me.”

But at some local facilities, the process of getting sufficient PPE has been complicated.

The Pregnancy Aid Center does not deal with coronavirus cases, but every patient must get their temperature taken before entering the building. Still, the staff felt that N95 masks, which are recommended for health care providers, were needed.

At the beginning of the outbreak, the center was reusing masks every day, and many of the orders had to be canceled, said Tyler Beaudoin, a student at the University of Maryland and an executive assistant at the center. In mid-March, an order was finally shipped out, but the Federal Emergency Management Agency intervened and the order was canceled.

It wasn’t until less than two weeks ago that the center had N95 masks shipped to them. But Beaudoin said he was surprised the center received the equipment as fast as it did.

“The people who are working in the ERs and the ICUs need it a lot more, because they know every single one of their patients has COVID,” the senior public health science major said. “With us, it’s like we need it, but we’re not that top tier need.”

Gabriel’s clinic had similar struggles. It gets its testing equipment from two labs, but due to high demand, it was only able to receive about six swabs every week. Then, a lab that provides equipment for centers for uninsured patients got in touch with the clinic, offering more testing swabs.

But all three labs lacked N95 masks. It wasn’t until Gabriel’s dad found a box of masks on eBay that they had enough. And even with all that help, the center still lacks testing equipment.

So, Gabriel reserves the tests for people she feels need them. If she could, she would test everyone. About 70 percent of the tests she’s administered have come back positive, Gabriel said.

The job can take a toll on her, she said. When she gets home, she sprays down everything in her car, including door handles, and immediately showers. Recently, she had to start taking an extra day off work because it was too much.

“Sometimes it’s hard to keep it up and then be in that high level of stress all the time,” she said.